Australia’s recently passed ban on online gambling began taking effect earlier this month. But online poker players were dealt a piece of potentially good news last week when a few politicians let it be known they were ready to start talking about how they can bring back the game. 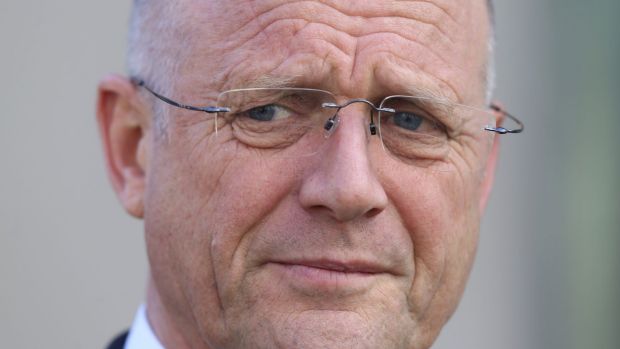 Writing on Medium.com, Sen. David Leyonhjelm revealed that online poker advocates have won “in principle” a battle that was considered lost just a few weeks ago.

The Interactive Gambling Amendment Act of 2016 called for a shutdown of internet gambling across the country, received a positive House vote in March 2017, passed the Senate in August, and was ready to go into enforceable effect in September.

Leyonhjelm, who has opposed the ban at every turn, had previously suggested Aussie players should just use a “VPN” to circumvent restrictions. But now he is taking a more practical approach, joining forces with the Australian Online Poker Alliance to look into creating a carveout for poker from the online gambling ban.

He is finding previous opponents receptive, too. The Senate’s Communications Minister Mitch Fifield, who introduced the Interactive Gambling Amendment Act in 2016, instructed his department on Wednesday to undertake some preliminary work examining the feasibility of Australian onshore providers obtaining licenses to operate online poker.

Fifield warmed to the idea of creating a potential amendment to his amendment in return for Leyonhjelm’s support over media reforms being championed by Fifield.

Leyonhjelm has vigorously opposed Fifield’s media bill. But according to Sky News Australia, he agreed to reluctantly support the bill “while holding his nose” in return for looking into exemptions from the gambling ban for online poker.

Although a deal is far from complete, Leyonhjelm has said he will keep in close contact with Fifield to ensure the matter “maintains momentum.” A senate committee charged with examining the impacts of the online gambling ban is scheduled to have a report for the legislature complete by October.

Fifield and other lawmakers say they want to wait for that report before they take their next steps. Should the pro-poker senator succeed in creating an exception, it would be a landmark victory for players both in Australia and beyond.

Australian poker players have a glimmer of hope. This is good news. But I think that the negotiations will take a long-term relationship.