The Aussie Millions at Crown Casino in Melbourne is kicking into high gear. James Chen won the $25,000 Challenge, Fedor Holz is back into the poker groove, and the Main Event is underway in the Land Down Under. 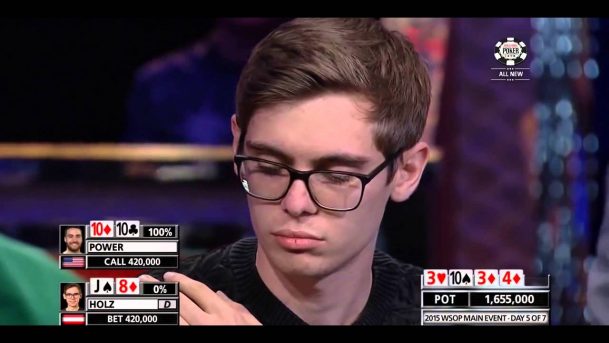 With these two titles, he has gone from 5th to 2nd on Taiwan’s all-time live tournament winnings leaderboard. And he’s now just $49,000 away from overtaking Hui Chen-Kuo for the top spot.

He had to earn his victory on Sunday. The final table was stacked with many familiar faces, including Adams who received $446,067. Former November Niner Antoine Saout finished in 3rd place ($288,032). Poker Hall of Famer John Juanda, one of the top tournament players ever, busted out in 4th place ($216,024).

Other notable players to cash included Mustapha Kanit (7th), Pratyush Buddiga (8th), and Cate Hall (13th). There was a total of 133 entries in this three-day event.

Fedor Holz got edged out by David Peters for 2016 GPI Player of the Year in late December, which was due to his semi-retirement from poker. The German Holz, hadn’t played much since the summer, while Peters continued grinding the high roller circuit throughout the year.

Just 18 players signed up for this three-day event. Play will resume on Tuesday. The tournament will play down to the final seven. Those players will then be held back until January 28th to allow them an opportunity to enter the Main Event.

Speaking of the Main Event, the tournament got underway on January 22 with Day 1A followed by Day 1B on Monday. In total, 396 players have entered this $10,000 buy-in tournament. Day 1C begins Tuesday at 12:30 PM local time.