The big name pros have all been eliminated from the $10,000 buy-in WPT LAPC at Commerce Casino in Los Angeles, but the final table has plenty of talent, including chip leader Toby Lewis who is looking for his second major poker tournament win already this year. 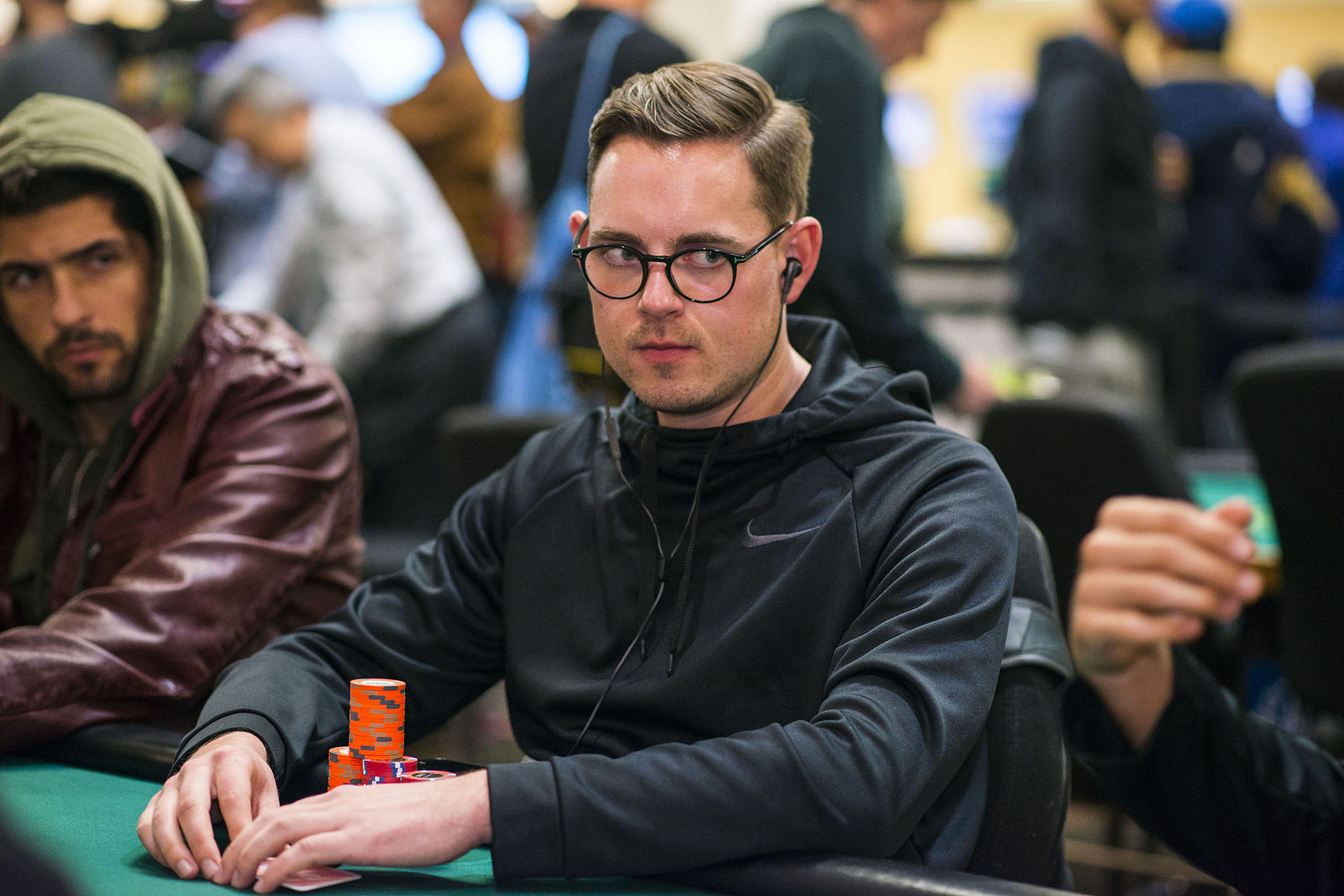 Toby Lewis leads the way heading into the final table at the 2018 WPT LAPC at Commerce Casino in Los Angeles. (Image: wpt.com)

Lewis, a Brit whose impressive tournament resume includes 96 cashes since 2009, took down the Aussie Millions Main Event in January for $1.18 million, and now has over $4.3 million in lifetime live tournament winnings.

At the WPT LAPC, Lewis began play on Wednesday second in chips, behind Dennis Blieden, a Southern California resident playing in his first career WPT event.

Although the inexperienced Blieden fell behind Lewis, swapping spots on the chip-count leaderboard, he increased his stack from 2.8 million to 4.125 million and showed that the pressure of playing for a $1 million prize wasn’t too much for him to handle, at least at this point in the tournament.

But Lewis, however, absolutely crushed it on Wednesday, finishing with 5.39 million chips with six remaining players. Blieden will be the only player who can cripple his stack early on Thursday when the final day of play resumes at 4 pm PT.

Maybe Some Other Time

The top storyline to watch on Wednesday was Anthony Zinno’s attempt to become the first four-time WPT winner. But the Season 13 Player of the Year will have to wait for another opportunity.

In a hand with Blieden late on Wednesday, Zinno shoved all-in on the flop with two-pair but got snap-called by trips. He needed running 3’s to hit to stay alive, a 1 in 1000 shot, which didn’t happen.

Zinno was eliminated in 8th place for $112,180, which put him at over $7 million in lifetime live tournament winnings, according to the Hendon Mob database.

Zachary Smiley, the only other past WPT winner who made it to Day Four, busted in 12th place ($70,820). Benjamin Zamani, the reigning WPT Player of the Year, was eliminated in 13th place ($57,300) when he got coolered (pocket jacks versus pocket aces) by Marc Macdonnell.

Zamani won Player of the Year without winning a tournament title, so he still hasn’t joined the exclusive WPT Champion’s Club despite five final table appearances and, on Wednesday, another deep run in a World Poker Tour event.

Day Six will be streamed live on the PokerGO app beginning at 4:30 pm PT, on a 30-minute delay.

“There aren’t any big name pros left in the field” – now this is a intersting sentence to read! Mean poker is booiming despite the ban on o-poker in Australia people still wana/are playing and getting better at the game. I mean Aussie millions was 1 of thouse stops every 1 wanted to play.
Or maybe I’m reading to much into it =)

Oh congrats!!
He looks like steve job . lol
He maybe go far for poker .
He cool and stable in poker.
Goodluck bro.