Ohio lawyer Robert Searfoss III wanted to be a professional poker player, according to his wife’s testimony, but that career path will be put on hold as he was found guilty on Wednesday of stealing more than $400,000 from clients. 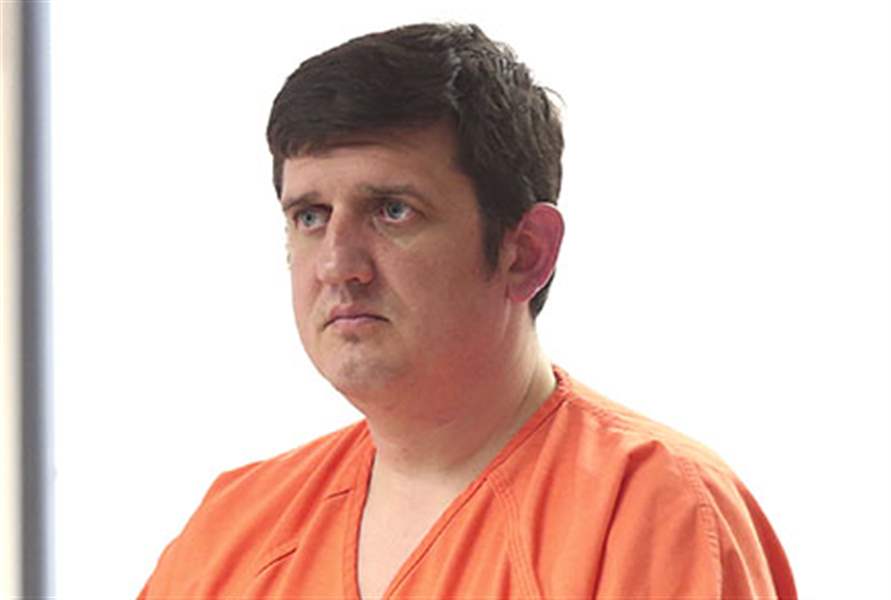 Former attorney and Hollywood Casino reg Robert Searfoss was an aspiring professional poker player before being convicted on 14 felony charges of stealing money from his clients. (Image: Toledo Blade)

The 40-year-old Bowling Green ex-attorney, whose law firm’s website no longer exists, was convicted by a jury in Wood County Common Pleas Court on all 14 felony charges he faced. These included two counts of aggravated theft, four counts of engaging in a corrupt activity, four counts of money laundering, three counts of theft, and one count of grand theft.

The jury concluded that Searfoss stole $435,000 from his clients, Eric Walker and the Alice C. Walker Revocable Trust, for which he was the trustee, between April 2015 and April 2017. He was arrested in May and has been held in Wood County jail since his indictment.

A Jan. 2 sentencing date has been scheduled.

During Tuesday’s testimony, Searfoss’s wife, a witness for the prosecution, told jurors her husband considered a career switch to become a professional poker player, and that he was a regular at the Hollywood Casino poker room in nearby Toledo.

Katherine Searfoss claimed she was rarely involved in the family’s finances but said they had some difficult times financially. When the couple bought a $250,000 home in 2016 that they would later sell to her parents, she didn’t question where the money came from, and assumed her husband’s law business was thriving.

“From what I understood, he had a good stretch, had a lot of clients pay, and we could afford it,” she testified.

But that assumption, apparently, wasn’t accurate. The law firm wasn’t paying its bills, and the family was racking up debts.

That’s when, according to prosecutors, Searfoss turned to stealing from his clients. Evidence presented in court included bank transfers and payments the lawyer made. Records show the wannabe poker pro spent $371,000 during an 11-day period in April 2015.

Defense attorney Rick Kerger argued Searfoss’s client, Eric Walker, had borrowed $400,000 against the trust fund. But Walker denied that he ever signed the promissory note.

Katherine Searfoss testified that her husband “wasn’t happy being an attorney” and wanted to become a professional poker player. She said he didn’t seem to have a gambling problem, but she worried making a career out of it “wasn’t necessarily the best fit for our family.”

Searfoss, according to his wife’s testimony, had been seeking advice from Ohio grinders about making the transition.

Searfoss doesn’t have much of a live tournament resume, with only $21,761 in career winnings. But it appears he was more of a cash game player.

That poker career is now put on hold, likely for many years, unless the games in the Ohio penitentiary are particularly good.

This would be hilarious, if it wasn’t tragic.

Just wondering about what his wife saying? Once she knew he is aiming to become Pro Poker player, and in the same time she thinking those money for the new home comes from his law company business? Rather strange, but poor wife in the end ….