On Day Three of the 2017 Aussie Millions $10,000 buy-in Main Event at the Crown Casino in Melbourne, it was Mustapha Kanit’s day. The session began with 150 players, but when the tournament resumes at 12:30 pm local time, only 36 will still have a shot at the title. 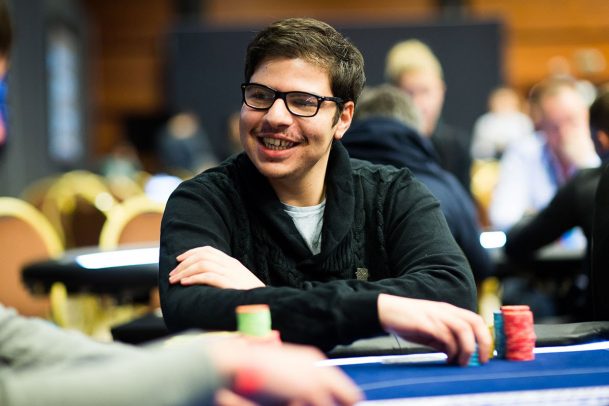 Mustapha Kanit has a commanding chip lead after Day Three at the 2017 Aussie Millions Main Event in Melbourne. But at least two contenders could still overtake him. (Image: youtube.com)

After Day Four on Friday (remember, Australia is a day ahead of US time zones), the remaining players will take a day off and come back for the final table on Sunday.

Jason Somerville will begin streaming the tournament live on his Twitch channel on Friday. He will also be in the broadcast booth for the final table in its entirety.

Kanit has to be the favorite at this point, but poker is a game where one card can change everything. The way he’s playing, the other players in the field may need a few lucky breaks to beat him.

Only 80 of the 725 entrants go home with money. The tournament hit the bubble on Day Three. Some notables who busted after the bubble burst include Jake Balsiger (74th), Nick Petrangelo (72nd), Sam Grafton (60th), and Matt Affleck (56th).

Actress Jennifer Tilly entered Day Three with the chip lead. She fell back in the pack a bit, but still has a big stack (704,000). The $1.4 million first place prize, should she win, would far exceed her previous biggest cash of $158,335. The former Academy Award-nominee has $957,000 in career live tournament winnings.

Fedor Holz, on the other hand, has numerous seven-figure paydays. He also has a solid chip stack heading into Day Four  at 539,000.

Holz didn’t compete in many poker tournaments the last few months of 2016. After finishing up a summer that included three seven-figure paydays, he decided to “semi-retire.” But he’s back, at least for this series. Fedor is still in contention in the Main Event, and also the $100,000 Challenge, which concludes on Saturday.

As mentioned, the $100,000 Challenge final table with seven remaining players will take place on Saturday. Holz is in 2nd place. Steffen Sonthemier has a slight chip advantage.

The Main Event is scheduled to conclude on Sunday, but that isn’t the end of the series. Four other events will finish up on Monday, including the $250,000 challenge, the highest of the high roller tourneys at the 2017 Aussie Millions.