The Asian Poker Tour (APT) offered reassurances that their tournaments scheduled for later this year in Macau will still be happening as scheduled, even as the coming ban on social online poker games in mainland China wreaks havoc on the territory’s poker industry. 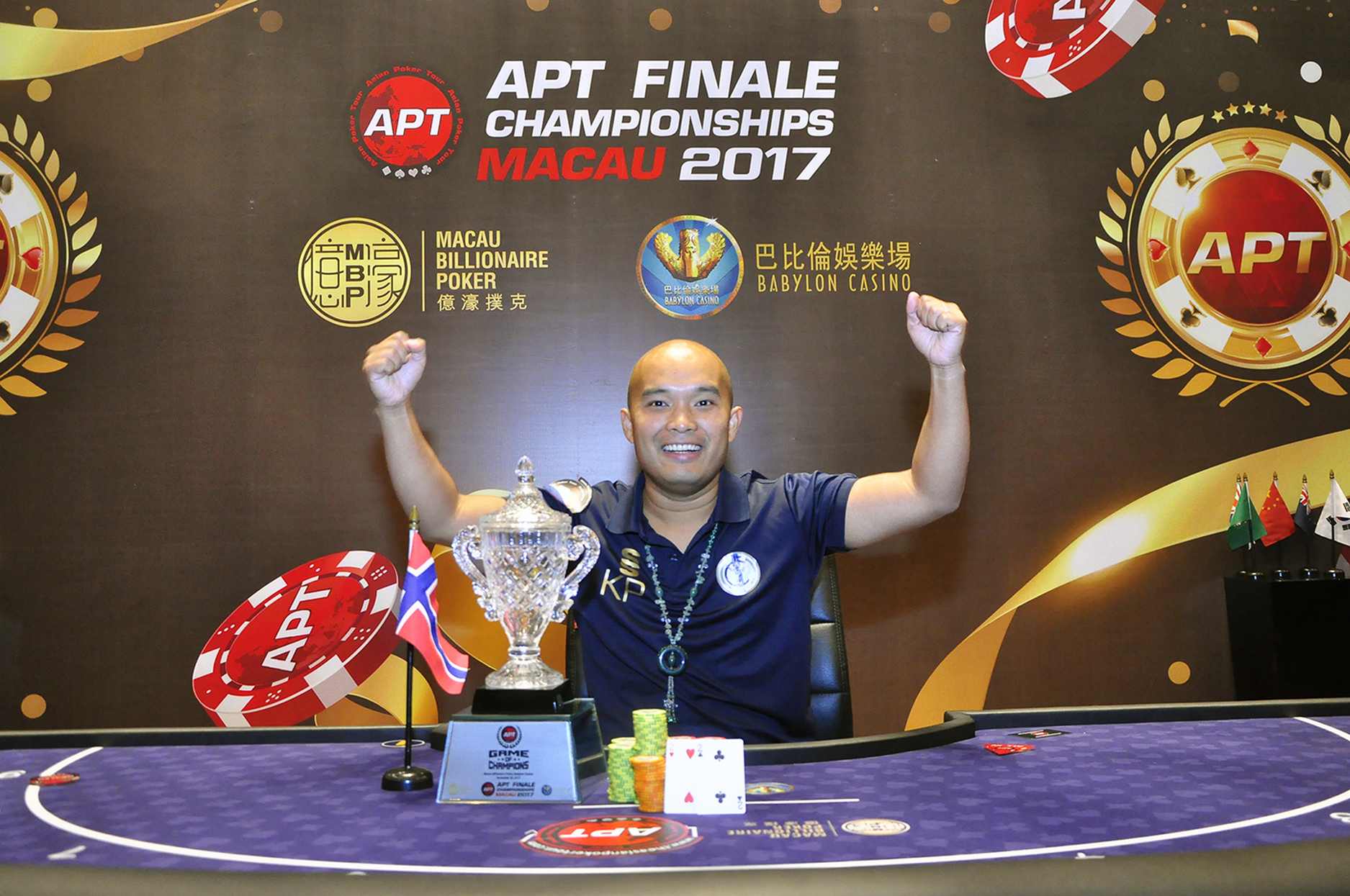 Kai Paulsen celebrates after winning the 2017 APT Game of Champions title. The Asian Poker Tour has committed to holding their upcoming events in Macau this year. (Image: Asia Casino Gaming)

According to a report by the Macau News Agency (MNA), the APT Finale Macau Championships, scheduled for November 27 through December 8, will continue as scheduled. The tournaments are set to be held at the Macau Billionaire Poker Room at the Babylon Casino, the only poker room in the city that still regularly holds tournaments.

“”Fortunately, APT has never been dependent or reliant on deriving players from online activities of any type,” Asian Poker Tour CEO Jeff Mann told MNA. “Our business model is not online focused at all.”

The APT has been in operation since 2008, and has held events in Macau in most years since then. The series recently stopped in the territory for the APT Macau Championships, which were also held at the Babylon Casino and wrapped up on May 6.

The announcement from APT comes following a flurry of activity related to the Chinese government’s decision to ban all social Texas Hold’em apps, as well as to prohibit promotion of the game and related events on social media networks.

While some individuals in the Macau gaming industry suggested that the decision wouldn’t have much of an impact on the city, it dealt a serious blow to tournaments that relied on these platforms to generate qualifiers and exposure to Chinese players.

Most notably, Alisports cancelled their upcoming International Poker Tour Macau series, which was set to take place later this month at the Venetian. An MNA report suggested that the tournaments might be rescheduled for a later, as of yet undisclosed date.

Meanwhile, the local poker scene suffered another blow when the PokerStars Live poker room at the City of Dreams Macau was closed following the end of a contract between the online poker giant and the casino on April 30. The room had been open since 2013, and had hosted some of the city’s largest tournaments.

A report by MNA cited a Melco spokesperson as saying that negotiations are ongoing with the Stars Group over the potential re-opening of the poker room. There has been some speculation that changes to the gaming floors associated with City of Dreams’ Phase II launch could require the room to relocate, though it is unclear at this time whether the PokerStars-branded room will be back at the casino at all.

The Stars Group may also be looking for other alternative locations. Inside Asian Gaming reported that PokerStars was briefly in talks with the MGM Cotai over partnering on a new poker room, but that nothing came of those talks and the idea was scuttled.

The Galaxy Macau has also closed their poker room following the announced Chinese poker app ban. The small eight-table room had been refurbished in 2017, and was only used for cash games.