The Ivey Room, one of the most iconic spots in all of poker, is no more, at least in name. 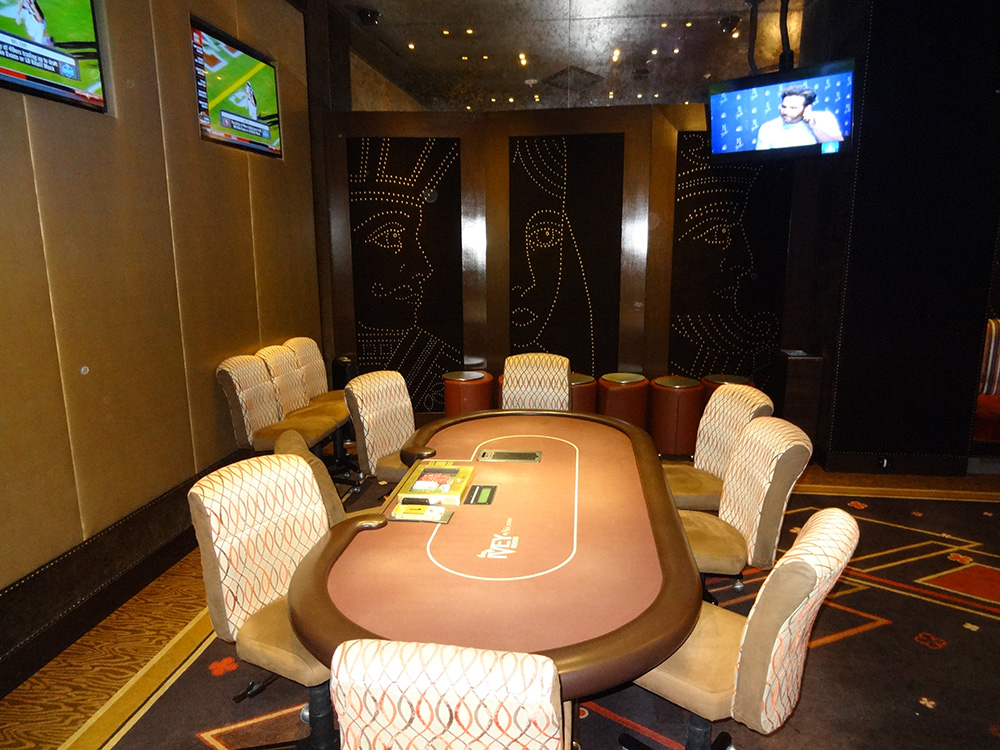 The scene remains the same in Ivey’s Room, but the name has changed. (Image: Las Vegas Top Picks)

The powers that be at the Aria casino shed the moniker this week as legal controversy continues to surround one of the game’s most revered players.

The Ivey Room plaque was taken down, replaced by the somewhat uninspiring “Table 1,” much to the chagrin of high-profile poker vlogger Joey Ingram.

Pretty historic moment took place today as the Ivey's high stakes room at the @ARIAPoker is no more. No

The sign outside the door was changed at around 9 A.M. this morning to Table 1.

I think we need to figure out a bit more exotic of a name for the room. @ThePokerBoss pic.twitter.com/gTqL06uCxP

The Ivey Room was christened in the spring of 2010 — just a few months after the lavish Aria resort opened its doors — with a million-dollar freeroll for VIP casino gamblers. And for some nine years, the room was the scene of some of the biggest nosebleed cash games in town.

It was also the setting for some controversy, including a drunken poker game that led to a $3 million lawsuit between poker pro Matt Kirk and King’s Casino owner Leon Tsoukernik.

At the time of the room’s opening, Ivey was 33-years old and considered one of the best players in the world. And while that may still hold true, his name has been dragged through the mud in recent years.

It all started in 2012 when both the Borgata in Atlantic City and the Crockfords Casino in London accused Ivey of using a technique called “edge sorting” to gain an advantage over the house while playing baccarat.

It was all downhill from there:

Ivey is said to be appealing the most recent ruling in New Jersey, though the status of that case is unclear.

Aria is denying that the sudden name change had anything to do with Ivey’s ongoing legal troubles.

Sean McCormack, Aira’s director of poker operations, simply said that it was time for a change, though he wouldn’t say why.

We’ve renamed our high limit room @ARIAPoker! Some ask why “Table 1”? Well, when our players ask to reserve this room they always ask “Is Table 1 available” and we thought it was a perfect fit.

While many are calling for a catchier name than “Table 1,” McCormack calls it a “perfect fit.”

And though McCormack wouldn’t connect the name change to Phil Ivey’s legal woes with the Aria’s parent company, Norman Chad was:

The Ivey Room at Aria is now known as Table 1.
The Ivey Room has relocated to U.S. District Court in New Jersey.

Good, Ivey Lederer and Fergusson wrecked Full Tilt Poker and were major cause of Black Friday.!