Paul Campbell, Aria’s poker tournament manager, believes the World Series of Poker’s move across the street should increase traffic in the casino’s poker room, but more so for cash games than tournaments. 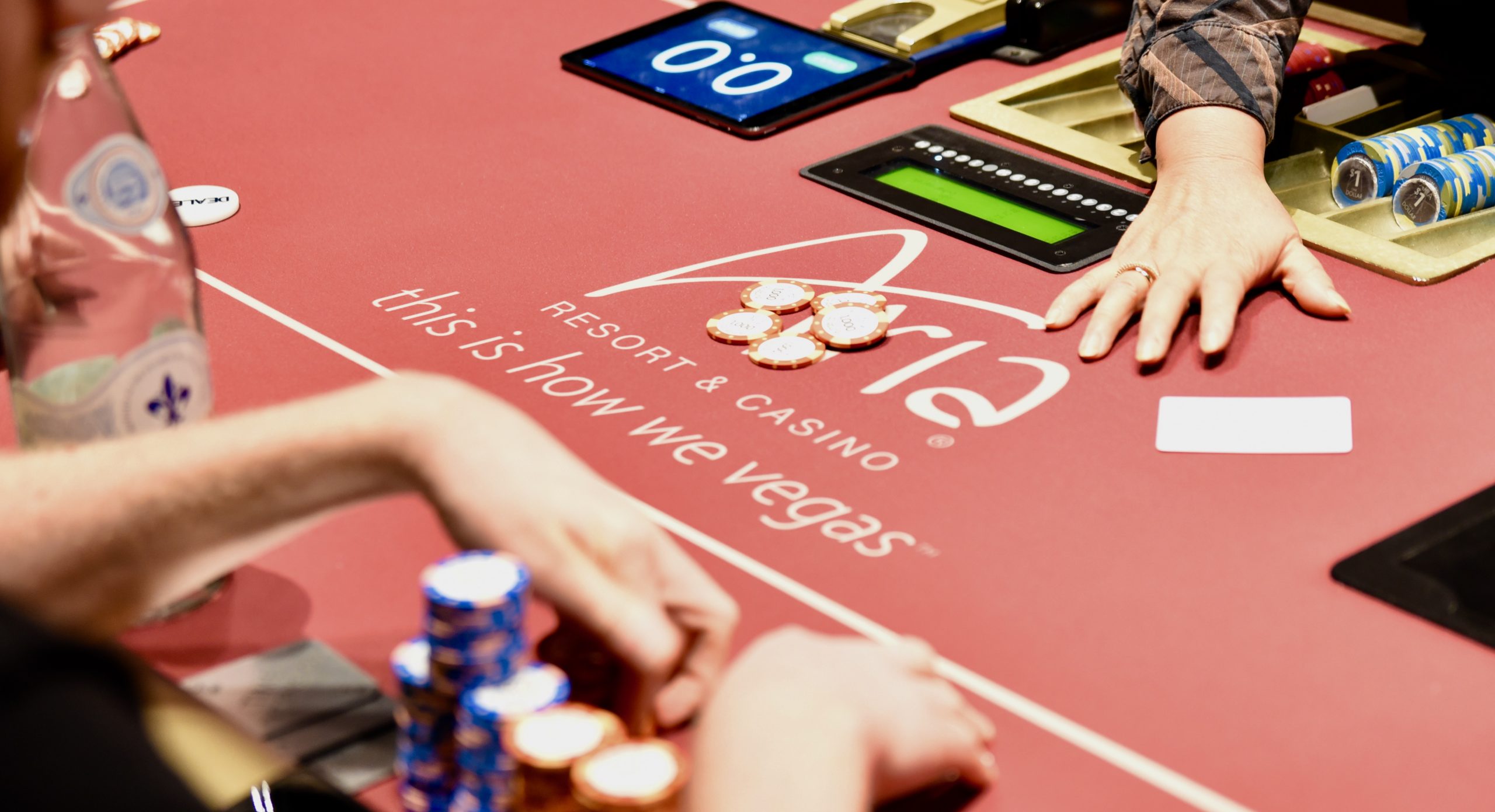 The Aria Poker Classic returns this summer. Tournament director Paul Campbell expects the move of the WSOP to the Strip to benefit the event and the poker room’s cash games. (Image: CardsChat)

Campbell told CardsChat that he expects a slight spike in tournament entries, but suspects the Aria will benefit more in the evenings as players bust out of bracelet events and head across the Strip to switch formats to cash.

Campbell believes many players used to stay at the Rio to play cash games at night largely out of convenience, given the inconvenience of the one-mile trek to the Strip from the WSOP’s former home. Moving the series to Bally’s and Paris could result in a paradigm shift for cash game action at Aria, he adds.

“Now they can just walk across the street and that’s a big difference,” he said. “I think Aria and Bellagio will benefit greatly, especially in the evenings.”

The Aria Poker Classic returns this summer, with 46 events between June 1 and July 17. As in the past, the APC will mostly feature buy-ins in the $400 to $600 range, with a heavy focus on No-Limit Hold’em. The alternatives include four Pot-Limit Omaha tournaments and a HORSE tournament.

Campbell pointed out that Aria hosts plenty of PLO cash games regularly in the poker room.

“We’re the house of PLO in the city so we’re happy to host those events,” he said.

Still, there’s no pleasing everyone. The lack of any Omaha Hi-Lo events has players like Allen Kessler (go figure) complaining on Twitter.

I don't see it listed.

Despite its mostly small buy-in events, the APC’s championship event will be of some consequence, requiring a $3,500 entry and including a $100K guaranteed prize pool. It’s one of five events that guarantees $100K, with the vast majority of events guaranteeing $50K.

The championship will last three days, and all other events but the $1,100 PLO event (two days) will run to completion in one day.

Campbell said the focus on one-day events helps attendance at the APC, as many players don’t want to commit to two-day events as they tie up too much of their time. One-day events also benefit players with a day to spare between other tournaments they plan to play.

“We like to be the venue where players can come when they’ve got a day off,” Campbell said. “They’re long days, but they’re good structures.”

The APC will conclude on July 17 with a player’s choice tournament to be decided by Twitter vote. Campbell told CardsChat that Twitter followers in the waning days of the APC will be given the choice of three options, which will likely include No-Limit Deuce to Seven, Triple Draw Mix, and one other.