Apocalypto star Rudy Youngblood was arrested for reportedly being drunk and disorderly inside Miami’s Miccosukee Resort & Gaming’s poker room according to TMZ. 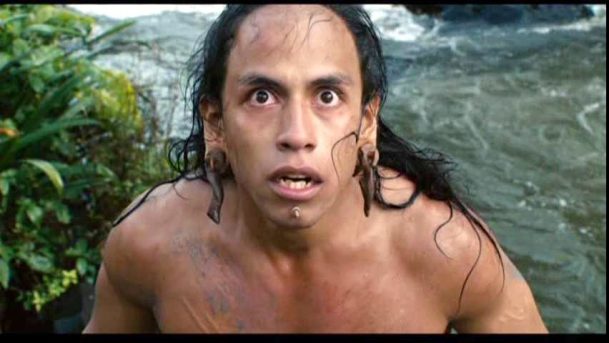 Hollywood actor and star of Apocalypto Rudy Youngblood was arrested back in January for an incident at a Miami poker room. (Image: Icon Distribution)

The 34-year-old, who played Jaguar Paw in Mel Gibson’s 2006 movie about a young Mayan tribesman’s escape from capture, was arrested after reportedly abusing players and staff during a poker session.

Although the incident occurred back in January 2017, news and celebrity gossip site TMZ was able to obtain police documents detailing the actor’s arrest. According to TMZ’s March 19th article, the police report states that Youngblood smelled of alcohol and was slurring his words when officers arrived.

Youngblood was then escorted off the property following allegations of abusive and threatening behavior. He was later charged with disorderly intoxication, but the charges we later dropped according to an unnamed TMZ source.

Quite what caused the chain of events that led to Youngblood’s arrest is unclear, but the actor does know his way around a poker table. Like many US celebrities, Youngblood has used his notoriety to play poker for charity.

Hollywood Actor Should be Used to Swings in Poker

As part of the Celebrity Poker Gala, Youngblood has played alongside the likes of UFC announcer Bruce Buffer, comedian Andy Dick and fellow actor Daniel Baldwin.

Although he’s never turned his passion into a live cash on any of the major poker tours, he has raised money for America’s Unwanted Children.

However, following his outburst at Miccosukee Resort & Gaming, it’s unlikely he’ll be making an appearance at the Miami poker room any time soon.

Who is Rudy Youngblood?

Youngblood got his big break in acting when he was selected to star in Mel Gibson’s Mayan epic, Apocalytpo. As well as learning the Yucatec Maya language, the Texan, who has Native American Comanche and Cree ancestors, also performed all his own stunts.

Since appearing in the 2006 movie as Jaguar Paw, Youngblood has appearing a series of TV shows and minor movies, including: Windtalkers, Into the Americas, and Beatdown.

As well as acting, Youngblood has taken part in a number of charity events, including the Celebrity Poker Gala which aims to raise money for a variety of US organizations.