That’s a wrap!  “Molly’s Game,” the movie about Hollywood’s so-called “poker princess” Molly Bloom, has finished shooting and is now in post-production. That process usually takes between one and two months, meaning the film could conceivably be in theaters by this summer. 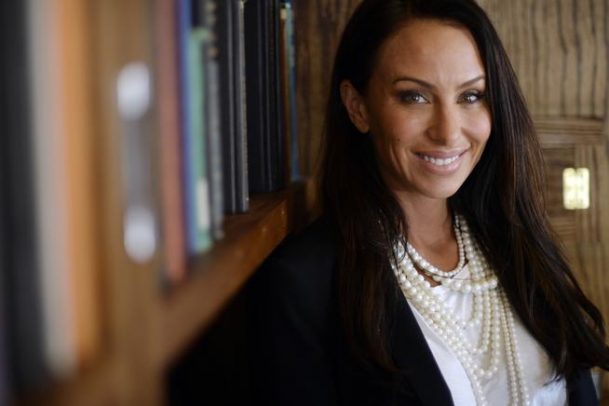 The movie “Molly’s Game,” about L.A. poker hostess Molly Bloom’s involvement in high-stakes, illegal poker games, is nearing distribution.  Art will imitate life in this look at some of the high-profile Hollywood actors like Ben Affleck and Tobey Maguire who graced her nosebleed games. (Image: Aaron Ontiveroz/ Denver Post)

Oscar-winning screenwriter Aaron Sorkin, who penned the scripts for “A Few Good Men” and “The Social Network,” coauthored the movie. It is based on Bloom’s self-penned book “Molly’s Game: High Stakes, Hollywood’s Elite, Hotshot Bankers, My Life in the World of Underground Poker.” The movie will also mark Sorkin’s debut as a director.

The contests allegedly had links to the Russian mob, though she never implicated anyone as part of her plea deal with federal prosecutors. Bloom received a year’s probation, a $1,000 fine, and 200 hours of community service as her sentence.

Actor Kevin Costner was the last person signed to the star-studded cast, which includes Jessica Chastain, Idris Elba, and Michael Cera, who is himself a regular participant in games at Los Angeles-area card clubs .

Producers were in talks with the Oscar-winning director for “Dances With Wolves” as late as October, and his involvement wasn’t confirmed until he and Chastain were seen shooting scenes in New York City and Beaver Valley in Ontario, Canada.

Costner is portraying Bloom’s father, who is a psychology professor at Colorado State University. Larry Bloom told the university’s newspaper that his daughter went through a life-changing ordeal during the scandal.

The book chronicles the former Olympic skiing hopeful’s move from Colorado to Los Angeles, and her participation in the illegal games that attracted not only A-list actors, but also wealthy businessmen and athletes.

Sorkin’s script focuses on the relationships in her life. Chastain plays the lead and will delve into how others impacted her journey, such as her father. One of the subplots is between Michael Cera’s character and the Oscar-nominated actress. He depicts a player who strikes up an unusual and touching relationship with the Poker Princess.

Sorkin is known for his writing about how characters interact with one another and their emotions and this film is expected to center around that theme. But poker players will no doubt be looking for authenticity in the scenes shot at the felt, and will judge the film accordingly.