Another New Amaya Exec Signifies Move Away from Poker, Toward Casino at PokerStars Parent Company 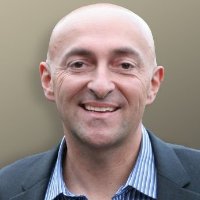 Dr. Jerry Bowskill (pictured) joins Amaya as part of a new-look team seeking to move past the mess left behind by founder and former CEO David Baazov. (Image: LinkedIn)

Amaya has appointed Jerry Bowskill to be its new Chief Technology Officer, as the biggest poker company in the world continues to develop its iGaming interests beyond poker.

Bowskill is the latest casino industry player to join the Amaya team. His addition comes three months after CEO Rafi Ashkenazi announced plans to expand the parent company of PokerStars, including changing its name to the Stars Group.

Talking to Bloomberg back in March, Ashkenazi said that the second half of 2017 would give him a chance to “grow” the company and “not necessarily organically.” With potential takeovers in the offing, having Bowskill in the role of CTO reflects Amaya’s focus on expanding the breadth of its game offerings.

Bowskill, a PhD-educated technologist, comes to Amaya with an extensive gaming background that includes a stretch with Scientific Games, where he served as CTO and chief architect of the internet product division for the Las Vegas-based gaming equipment manufacturer.

Bowskill will take charge of 300 technologists and developers at Amaya, a publicly traded company listed on the Toronto Stock Exchange. Part of his role will be to expand Amaya’s current suite of products, as well take part in any future takeovers or mergers that are part of Amaya’s non-organic growth plans.

He is the latest in a significant shakeup at the top of Amaya’s executive offices. Under Ashkenazi, who ascended to CEO upon the scandal-clouded departure of his predecessor, David Baazov, Amaya has been building an accomplished team to help expand its gaming reach.

Baazov founded Amaya in 2005, and the Montreal-based company remained a bit player in the gaming industry until the acquisition of PokerStars and Full Tilt. This $4.9 billion purchase suddenly put the high school dropout at the helm of the largest poker company in the world, and one of the biggest online gaming companies on the globe.

Amaya’s stated intent at the time was to use the PokerStars and Full Tilt brands to create a universal betting platform across multiple gaming sectors, including casino and sports. That dream lasted for just a few months before Canadian financial regulators and the Royal Canadian Mounted Police showed up at Amaya’s door in late 2014 with a warrant.

As Baazov got embroiled in the biggest insider trading scandal in Canadian history over the acquisition of PokerStars and Full Tilt, growth plans were thrown into chaos, and he would eventually step down as CEO in August 2016.

Yet even while under the threat of criminal charges, Baazov still managed to put together a consortium of foreign investors and former board members during this period in a bid to buy back Amaya for $2.8 billion and take the company private again.

That deal ultimately fell through in December 2016. Since then, Ashkenazi has been seeking new direction for the company, as it continues down a path of expanding the future Stars Group’s reach and offerings in gaming, even at the expense of losing a reputation that used to be synonymous with the best in poker.