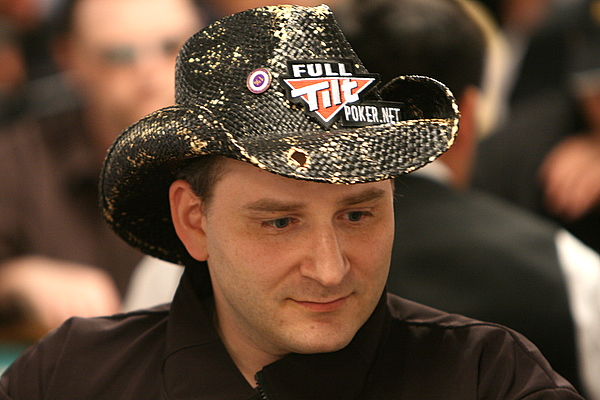 Andy Bloch is selling his Las Vegas home. If the price is right, the pad could be yours, but you’ll need approximately $9 million to close the deal. Actually, $8,999,000 will be enough, as that’s his asking price.

The 46-year old poker pro is putting his 10,591 square-foot mansion on the market.

It rests just 30 minutes from the famous Las Vegas Strip and has a clear view of Sin City’s most iconic casinos.

Space won’t be an issue for the buyer. The house includes six bedrooms and bathrooms, a game room, a media room, and extensive closet space.

Selling a $9 million mansion is never an easy task, considering only a small portion of society could come up with the cash.

But listing agent Gavin Ernstone is likely banking on someone hitting a big jackpot.

Bloch isn’t the only prominent poker pro selling his home recently, either. Howard Lederer put his Vegas home up for sale in 2014.

The asking price was $8.9 million, far less than the bonus he received from Full Tilt Poker in 2011 while his customers couldn’t get paid until years later.

Unlike Lederer, Bloch’s name isn’t considered a curse word around the poker community, of course.

Bloch’s rise to fame didn’t begin at the poker table. The former MIT and Harvard Law student joined an MIT blackjack team while still in school. His group took counting cards to an extreme level, beating the house for large sums on trips to Las Vegas.

His team was even the inspiration of Ben Mezrich’s book, Bringing Down the House, which later turned into a popular movie called 21.

Bloch’s poker career has been even more successful. He has a WSOP bracelet, more than five million dollars in live tournament winnings, and has won millions in high stakes cash games.

The Connecticut-born poker player is a former Full Tilt Poker pro. During his playing days on FTP, Bloch donated 100 percent of his winnings to charity, and has raised even more money to help the needy.

Selling a mansion sometimes isn’t as difficult as it may seem, especially in a town with so many high rollers. Take Howard Lederer, for example.

The former poker icon turned blacklisted pro put his home on the market in May 2014 and had it sold just three months later. He asked for $8.9 million and walked away with $8 million.

The housing market in Las Vegas is inconsistent, even for lower-priced homes. But the sale of multimillion dollar properties often hinges on a visitor scoring big at the casinos.

Many Vegas jackpot winners opt to purchase expensive real estate in Sin City. Therefore, for Bloch to get his house sold quickly, he may need a Mega Millions slot machine progressive jackpot to hit.

Or, maybe a fellow MIT grad will go on a heater at the blackjack table.

He won 5 million yet has a 9 million dollar house. he knew he could never pay off the house and has to unload it.