Andrew Yang may have just won the vote of the poker community. The 2020 Democratic presidential hopeful said on Twitter he supports legal online poker nationwide. 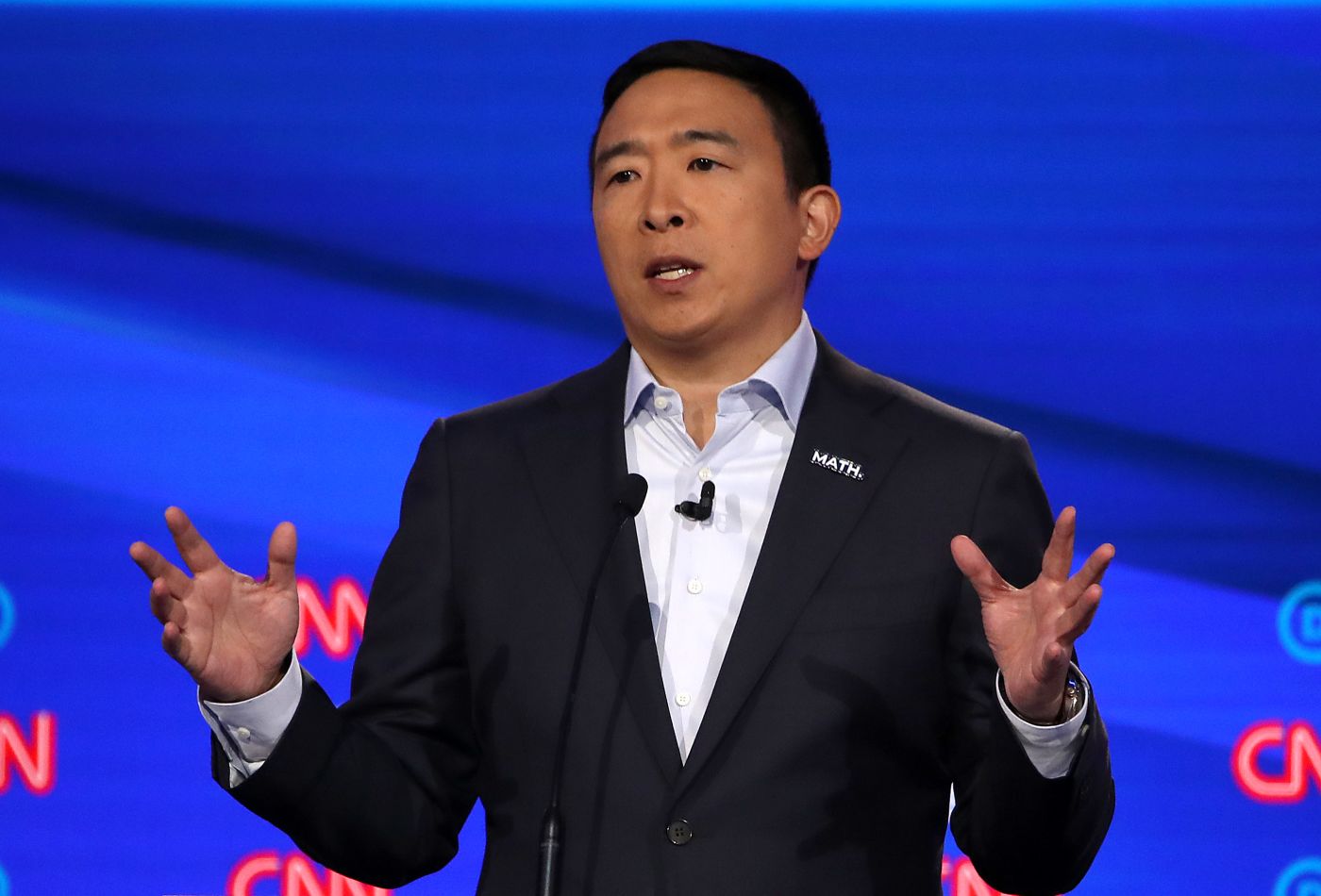 Yang, however, is a long-shot to win his party’s nomination, let alone the presidency. But his pro-online poker stance was a breath of fresh air for US players.

Internet gambling isn’t illegal at the federal level in the United States. Instead, it’s up to the individual states to determine legality. The only problem with that for poker players is only three states currently have legal online poker sites in operation – New Jersey, Nevada, and Delaware. Pennsylvania, which legalized online gambling in 2018, will soon join the party.

There isn’t much hope for many other states to hop on board in the near future. Perhaps, Yang will change the gambling landscape in America, but his polling numbers must improve quickly or it’s a moot point.

Yang wants to challenge President Donald Trump in next year’s general election, but he must first defeat a large, but dwindling, field of Democratic presidential candidates.

The 44-year-old founder of Venture For America, a nonprofit that focuses on creating jobs in economically struggling cities, has quite a challenge ahead of him. He’s currently polling at just 2.5 percent nationwide among Democratic voters, according to Real Clear Politics. That puts him at sixth among the 18 remaining candidates in his party.

From a betting perspective, Yang is a 20-1 shot to win the 2020 presidential election, per Oddsshark. Despite his positive mindset, he simply hasn’t caught on nationally. Yang was a 15-1 shot a month ago, but he may have gained some support within the poker community thanks to one tweet on Saturday.

Online poker is legal in 4 states. The state-by-state rules are variable and push many players to offshore sites. We should clarify the rules and make it legal in all 50 states. US players and companies would benefit and new tax revenues could be used to mitigate addiction.

Online poker reform alone won’t put Yang in the White House. Poker is a relatively small niche. If he is to win the Democratic nomination, it will be mainly because his plan to prepare for the future of automation in America by making universal basic income a reality resonated with voters.

Still, with Sheldon Adelson continuing to push his anti-online gambling stance, and using his wealth and power to impact policy, Yang’s Twitter post was quite refreshing to the poker community.

As you may have guessed, the poker world reacted positively to Yang’s tweet. Bill Perkins, perhaps poker’s wealthiest player, encourages Americans to put Yang in the White House.

Holy shit!! Show me one poker player who doesnt support Yang and I'll show you a non poker player. We must so all the enrollment we can to get this guy in the Whitehouse. #Math https://t.co/0YWtgSOUc3

Poker players who want the freedom to play poker from home, this just might be your guy. #YangGang2020 https://t.co/pw2qA5aZqP

Andrew “Lucky Chewy” Lichtenberger wrote that he loves “hearing logical takes” regarding online poker in the US. Adam “Roothlus” Levy said he’s using his “one time” to get Yang elected. CardsChat ambassador, Jeff Gross is also on board. He argues that since betting on sports is legal, not having nationwide legal online poker “is one of the bigger ongoing jokes in our country.”

Ari Engel says he’s “happy to have someone running for president on our side after all these years.” You can also add Cliff Josephy, Phil Galfond, Joe Stapleton, and many others to the list of poker fans who now – or already did – support Andrew Yang. Still, he’s going to need a lot more support than what we can give him in the poker community if he’s going to win the Democratic nomination.

Yang is a smart guy, he knows it’s a good deal for the country to legalize online poker, other candidates should take this idea from now on, i like poker influencers to support this, even Yang being one of the last option of the americans to vote to win the elections