How Andrew Moreno Rose from Poker Downswing to 7-Figure Winner

Just a month after committing to improving his tournament game, the Global Poker Index named Andrew Moreno Player of the Month for June. The honor came, in large part, after winning one of the biggest tournaments of the year. It also came after experimenting with psychedelics under the watchful eye of a therapist. 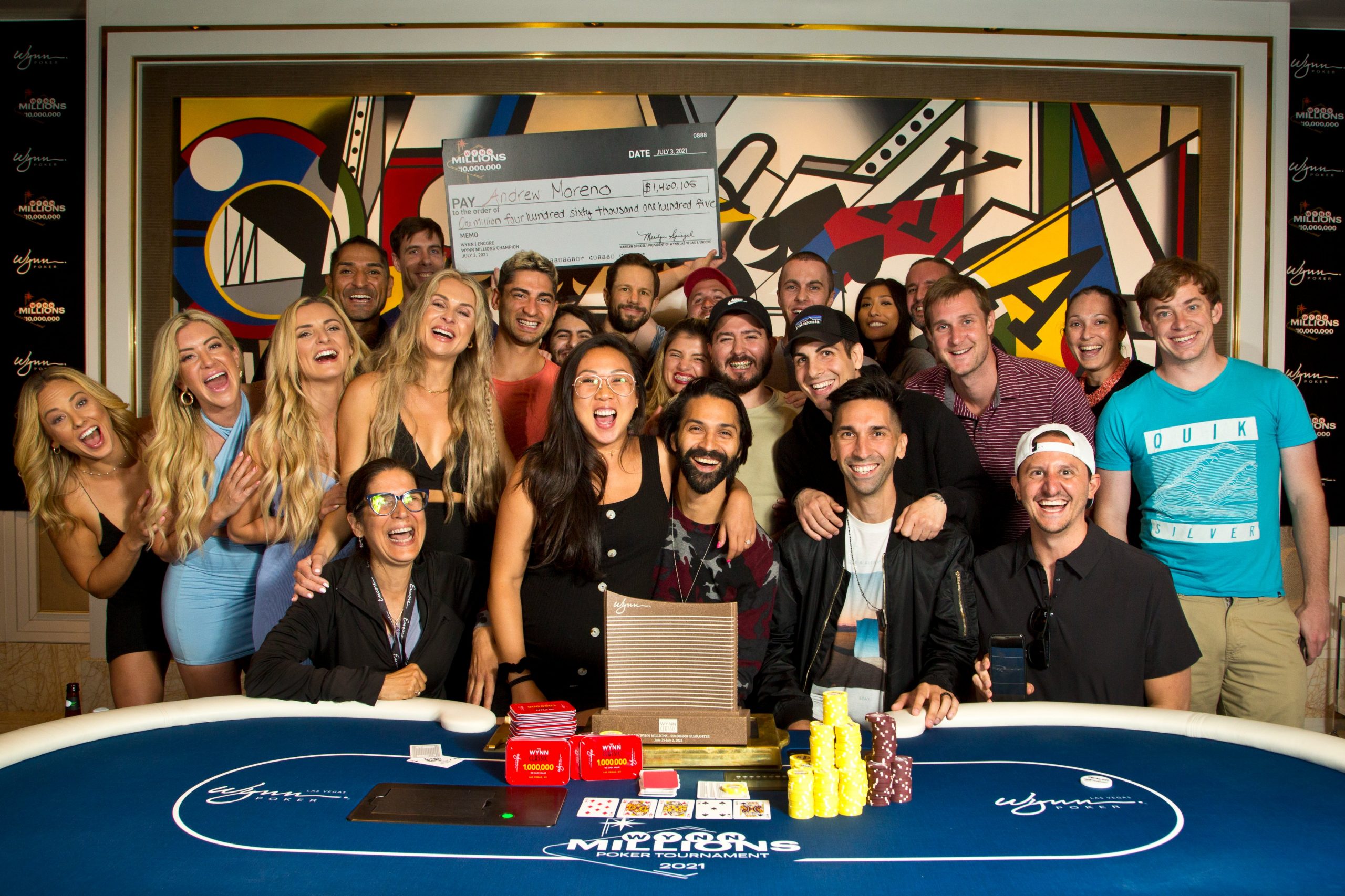 Moreno took down two events in Las Vegas last month — a Venetian UltimateStack and the Wynn Millions. He booked two other cashes as well, earning him 1,351 points in the recently updated poker ranking system. It was plenty to beat out John Riordan, who accumulated 1,006 points in five June in-the-money finishes, including a win in the $10K Big Bet Mix at the US Poker Open.

Moreno has kept information about who’s been providing him tournament coaching close to the vest, but he hasn’t hidden what’s helped keep his mental game on. In addition to preparing for the arrival of a new baby, Moreno began experimenting earlier this year with “psychedelic therapies” that involved taking mushrooms and MDMA.

In late May, Moreno made a declaration on Twitter, claiming he was ready to take tournament play more seriously. He had a fair amount of tourney success in 2019, with nine cashes, including second and third place finishes at WSOP Circuit events. But in 2020, with COVID lockdowns on the horizon, he was seeing little freezeout success.

Poker Twitter! I've recently decided to start playing both live and online tournaments. I'm looking for study partner/group. If you think we may be a good fit or have a recommendation, send me a message!

“Poker Twitter! I’ve recently decided to start playing both live and online tournaments,” Moreno declared. “I’m looking for study partner/group. If you think we may be a good fit or have a recommendation, send me a message!”

Moreno’s first win came on June 14, in a $1,100 NLH that was part of the Venetian DeepStack Championship Poker Series. He earned nearly $128K for beating out 636 other players just three weeks after he renewed his focus on his tournament play.

That impressive victory, however, pales in comparison to what Moreno accomplished a couple of weeks later at the Wynn Millions main event. That $10K tournament began on June 25 and came with a $10 million guarantee, which attracted 1,199 entries, including many of the biggest names in poker such as Daniel Negreanu, Stephen Chidwick, Ali Imsirovic, and Johnny Chan.

When the last card was dealt, Moreno was the only player left standing. The win, which came as part of a three-player chop, earned the father-to-be more than $1.4 million — the biggest payday of his career.

Before his big wins in 2021, the California-based poker pro had to get through some tough times and lingering effects from a rough 2020, when he says he went through the worst downswing he had ever faced in two decades of playing cards for a living.

“More than the money, it was a losing of my self-confidence, losing of who I am in the world, or who I like to believe myself to be,” he said.

Even after coming out of the downswing, he explained, he still was playing with fear and anxiety about what could go wrong in poker. That trauma the anxiety that wouldn’t go away led Moreno to try something different.

He turned to psychedelic-assisted therapy, a psychiatric method that is gaining medical acceptance for the therapeutic effects of drugs such as “magic mushrooms” and MDMA.

The treatment appears to have worked well for Moreno. This was no micro-dosing adventure. He took both the MDMA and “a handful” of psilocybin mushrooms. “It was a lot more than I had ever done before.”

He says as the therapeutics kicked in, some scary moments eventually turned to enlightenment. Moreno said it got challenging when he experienced some amnesia. “I had no idea where I was, who I was, or what a building was.”

After a briefly terrifying stretch, however, he had his breakthrough, realizing he didn’t have to internalize all the strife that comes with poker, that he could lean on his wife for support. He also realized how losing his dog of 13+ years was significant, as spending time alone with his pet before he died always made him feel better after a loss. Thus he needed to find new ways to cope with stress and anxiety.

Moreno said that he discovered that holding in his frustrations during losing stretches at the poker tables is harmful to his mental health. With therapy, he says, he now feels more comfortable sharing those feelings with his wife and others, which has helped him become stronger mentally.

“The fact that I’m not completely healed from the trauma from poker is fine. You continually move in the direction of healing and understanding,” Moreno says. “As long as I continue to do that, keep that thirst and that hunger for improving and healing, that’s all I can do. I’m really happy I had that experience and was able to do that.”

A huge shout out to @WynnPoker for putting together an incredible event. By far the best structure, venue, staff i've ever seen. To my wife @KristyArnett, WE did it!! To my unborn son, look how cool your parents are 😆 pic.twitter.com/cpVuoMzUSb