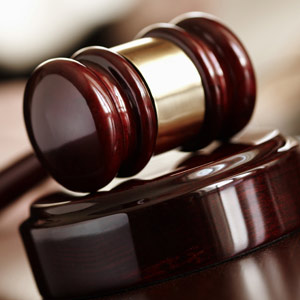 Recent rulings by high courts in Amsterdam and Germany may signal a turnaround for both live and online poker in those countries which continue to struggle with gambling regulation.

Two major court decisions made in Europe recently may indicate more forward thinking concerning the game of poker. While some industry experts argue that court rulings have little to do with lawmaking and the future of poker in those countries, others contend that small steps in the right direction are steps nonetheless.

Pokerfuse reported this week that the German Federal Administrative Court ruled that poker tournament entry fees paid in poker tournaments do not automatically count as legal wagers. This reversed a lower court ruling from three months prior in which a €15 administrative fee on a satellite to a tournament in the Czech Republic was considered a wager, and thus illegal under German law.

The new ruling determines that such fees should not be regarded as a gambling wager in legal terms, and the person paying it is not subject to charges. The Court referenced social events, but professional poker tournaments may be able to apply the ruling as well. Analysts say that until the exact text of the ruling is revealed, it is difficult to tell exactly how this will apply to the German Interstate Treaty on Gambling for online and live poker players in Germany.

Amsterdam: Poker is a Game of Skill

The ruling from Amsterdam referenced a seven-year case in which several men were charged with violating the country’s gambling laws. According to PokerNews, the verdict rendered a decision that found poker to be “first and foremost a game of skill, not of chance.” PokerNews interviewed Dutch lawyer Peter Plasman about the case. He explained that gambling laws in Amsterdam are unclear on the definition of particular games, such as which ones are games of chance and which ones are not. However, the ruling which states that poker cannot fall under the chance umbrella may change the law and how it is applied.

The problem with the court decision, according to Plasman, is that another case could be prosecuted, go before a different judge and find the outcome to be a different ruling. He concluded saying, “The fact that two different courts came to the same conclusion might make the prosecutor say that it’s time to halt bringing people in front of the criminal court. That is to me a sound reasoning, but I can’t be sure.”

Similar cases have come before courts in the United States in recent years, both on the federal and state level, yet none have been used to influence any laws to date. It may take the Supreme Court to accept a gambling case before a ruling on poker can be used to legalize the game in more areas of the country. The same holds true in other countries as well. A plethora of similar rulings or an extremely influential decision may be necessary in order to change laws pertaining to poker as a game of chance or simply a crime.

Smart Countries both Germany & The Netherlands

I guess this is the 5th ruling in a row (different cases).

Player(s) vs State where the state loses 🙂

The lawyer likes to play poker as well 🙂