Alex Foxen is having a career year. As a result, he is now the Global Poker Index’s top ranked player in the world for 2018 after finishing second in the Partypoker Millions Dusk Till Dawn Main Event last week for $947,916. 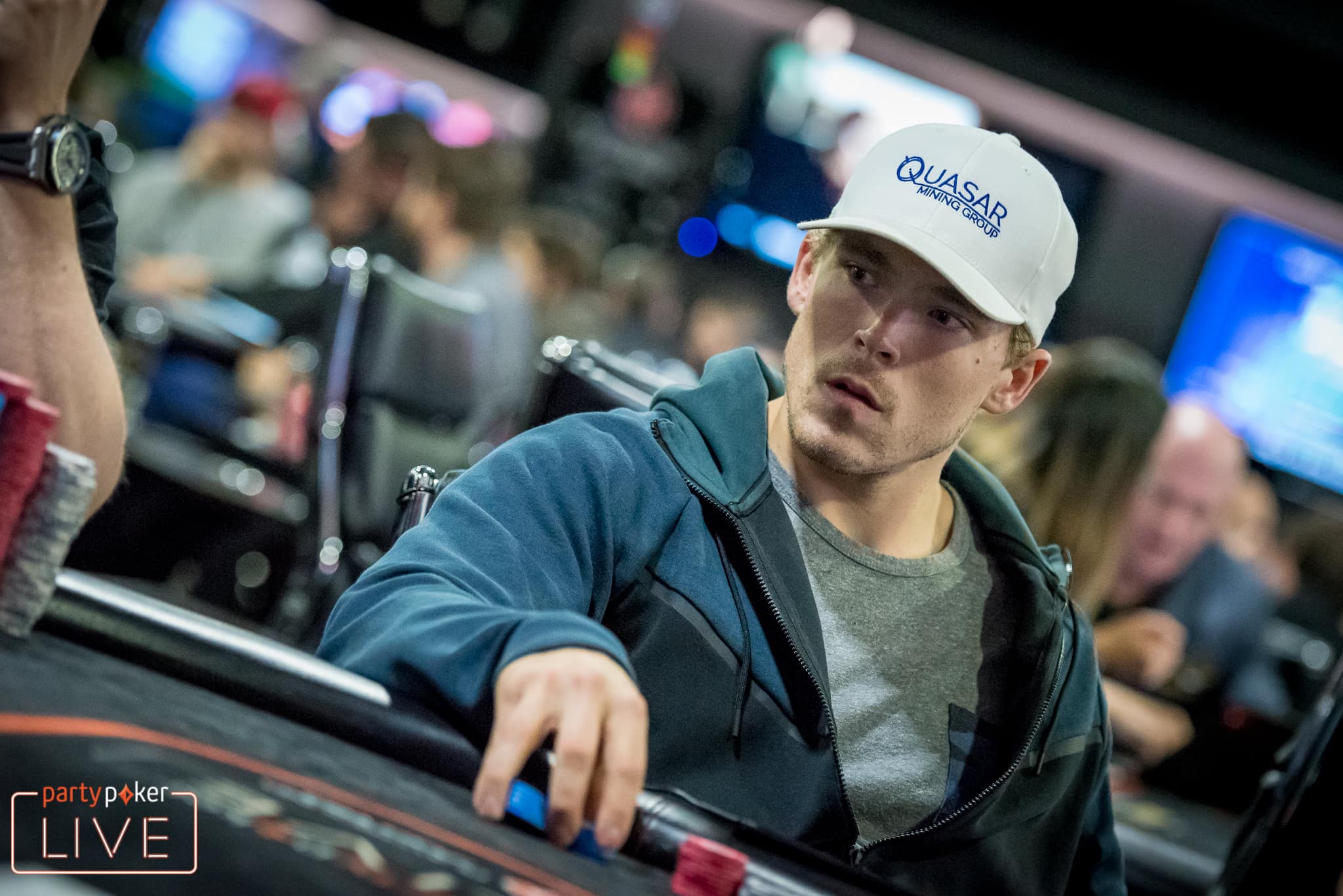 Alex Foxen called his shot earlier this summer, saying he was going for the top ranking on the Global Poker Index, and reached his goal by winning another $948K at the lastest Partypoker Live event. (Image: Partypoker Live)

With this latest massive score, the American pro passed Stephen Chidwick in the GPI World Rankings and Player of the Year standings. Justin Bonomo is third in both.

In August, Foxen said he’s “aiming to reach number one in the GPI rankings.” All that hard work and commitment to tournament poker is apparently paying off. But for all the crushing he’s has pulled off in live tournaments this year, is he really deserving of the title of top ranked player in the world?

2018 GPI Player of the Year Standings

Foxen entered the year with $2.2 million in lifetime earnings. Not bad for a player who only has recorded cashes dating back to 2012. The past two years, he hit the $1 million mark and was becoming a respected tournament player.

If we go back to December 2017 when he finished second in the WPT Five Diamond World Poker Classic at Bellagio for $1,134,202, he has more than $5 million in cashes in just 10 months. If he keeps up that pace, he’ll surpass the $7 million lifetime mark by January.

Foxen’s girlfriend Kristen Bicknell is also having the best year of her impressive career. With over $1 million in cashes the past 10 months, she now has $2.25 million in lifetime earnings. And that doesn’t include whatever compensation she receives representing Partypoker.

At 16th in the GPI world rankings, the other half of this power poker couple is the top-ranked woman in poker, putting her on track to win Female Poker Player of the Year at the American Poker Awards for the second straight year. 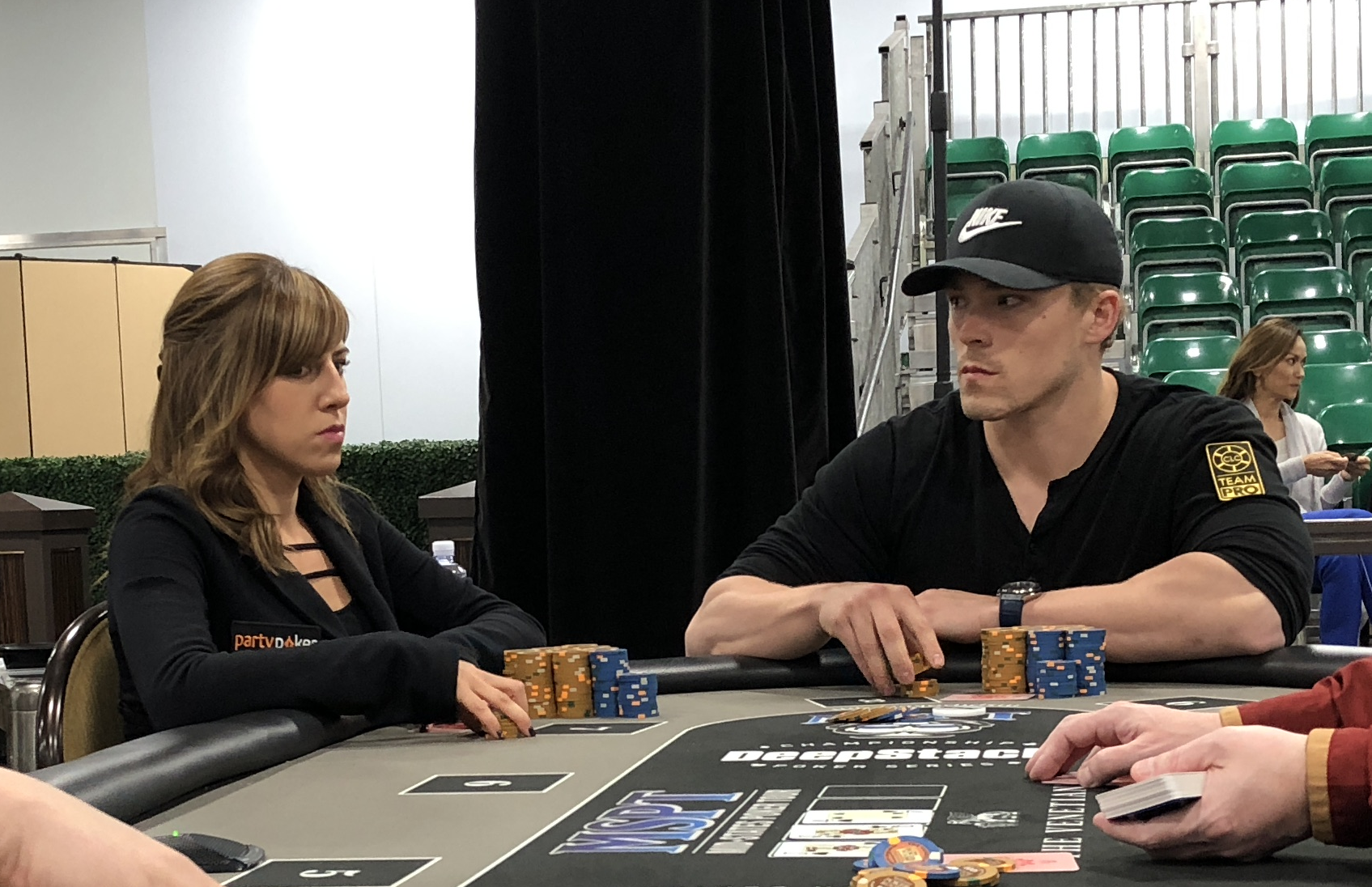 Kristen Bicknell and Alex Foxen: Could they be any cuter … or more bad-ass at poker? (Image: CardsChat News)

Some might be wonder how, despite Foxen having a stellar year, Justin Bonomo doesn’t lead the GPI POY standings. After all, the $25 million he’s won in 2018 is a single-year record.

But what’s holding “ZeeJustin” back is the fact that many of his cashes came in small-field events. The GPI only grants POY points to players cashing in tournaments with 32 or more players.

So, the $10 million he won for shipping the $1 million WSOP Big One for One Drop this summer was worth exactly zero points. Only 25 players had the bankroll, or a backer with a bankroll, to enter.

Whether he wins GPI POY or not, Bonomo’s 2018 heater will never be forgotten. But since he almost exclusively plays in high rollers and super high rollers, mostly small-field tournaments, he misses out on opportunities to rack up POY points.

Foxen won’t catch Bonomo in earnings for the year. But he just might win POY. That’s not a bad consolation prize.

One more time- congratulations with a happy and productive year in poker to this talented guy. And I am impressed with information about Alex girlfriend’s success in Poker. I admire women who can play poker in such a good way

Sold again! I am just wondering to know who else care about GPI POY standings from high-profile poker players at present? The top ranking on the Global Poker Index is not such attractive than top ranking of player’s lifetime earnings. No such luck! Think again and good luck Alex!