Amazing Fold? See This Contender for Laydown of the Year at WPT Rolling Thunder (Video)

You got to know when to hold ‘em, know when to fold ‘em. But only once or twice a year do poker aficionados see the kind of laydown they’ll remember like the Kenny Rogers tune. 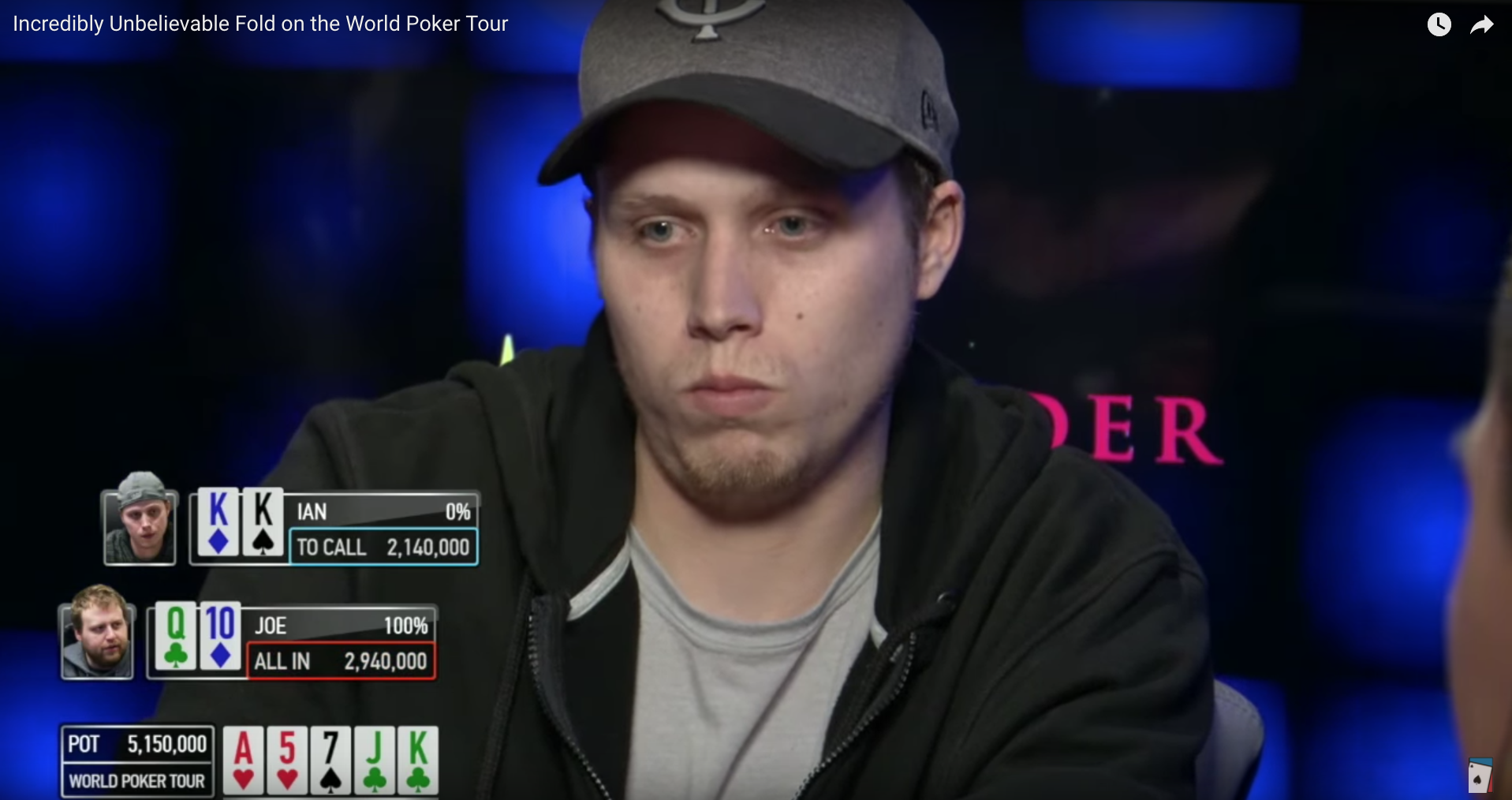 But even though Steinman made what some people see as one of the sickest laydowns in poker tournament history, other players are questioning the decision not to call from a game theory optimal (GTO) standpoint.

Steinman is an online pro who, under screen name “APokerJoker2,” was the top ranked player on WSOP.com Nevada in 2016.

But it’s almost unheard of for an internet grinder, or anyone for that matter, who uses GTO principles to even consider folding that hand, and no one would have ever faulted him for making that call.

The ace on the flop wasn’t ideal for Steinman, but he couldn’t allow his opponent to take control of the hand in position and potentially bluff him off the best hand, so he fired out a continuation bet of 150,000.

If it were 2008 instead of 2018, McKeehen would have released his hand since he completely whiffed at that flop. But the new GTO approach suggests players should call a flop bet with just about any two cards, in position, and then bluff on the turn if the opponent checks it back to you.

McKeehen didn’t become world champion in 2015 by playing using outdated poker strategies, so he made the call. Steinman did exactly as he hoped and checked the turn, giving the WSOP bracelet winner an opportunity to semi-bluff with a gut shot straight draw. He fired out 375,000 chips and, to his dismay, received a call.

When the sickest card in the deck, a non-heart king, hit on the river, even the announcers on the livestream were certain there was no way Steinman could avoid doubling up McKeehen.

The chip leader, who had improved his hand to a set of kings, led on the river with a bet of 600,000. McKeehen then moved all-in for another 2,140,000 with the stone cold nuts. In this spot, with a set of kings, most players would have beat their opponent into the pot.

But Steinman not only didn’t snap-call, he used all six of his 30-second time extension chips to ponder his move before somehow, some way, finding a fold.

But Was It the Right Decision?

Steinman ended up finishing in 2nd place to win $201,428, McKeehen finished in 3rd (for $131,081). But Steinman admitted after he busted that he believed he made a bad fold even though, in that specific hand, it turned out to be right.

“In my mind, my thinking was very kind of fish, but if it’s somehow correct then it’s some weird high-level study,” he said of his decision to fold a set of kings. “It still might have been a terrible fold. Most likely it was just a terrible fold with bad logic and maybe I just kind of got caught up in the moment.”

Twitter commenters agreed with Steinman. One poster asked, “are we really going to be results oriented and say this was an ‘amazing decision?’ This was an amazingly bad decision 99 percent of the time.”

In poker, you don’t have to be right every time. Sometimes, you’re forced to make calls when you’re beat simply because the math says it’s the right decision. But, over the long run, if you consistently make mathematically correct plays, you’ll come out ahead.

Steinman is a skilled pro and a winning player, but you won’t be if you get in the habit of folding a set of kings to former world champions.

Oh yes, a great player think. It’s not an easy decision to take. But he also made the mistake when he had to fold KK before the river. Plus, however, there was an Ace in the flop. Anyway, he’s a great player.

He will probably tell himself and others he had some sort of read or tell on opponent that’s why he follded. From a purely math prospective it is a horrible fold as you have your opponent beat there too many times to even consider folding. Q10 is the only draw that got there everything else missed, too narrow of a range to be folding even though Q10 of hearts is in his opponent’s range. My question Ian is why you called the turn? You hit your gin card on the river, no major draws came in and you still folded. Shows to me that it is more of a lucky fold than skill.