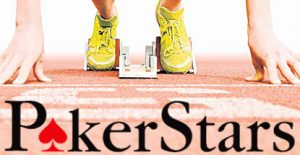 Amaya has been quietly acquiring domain names in preparation for the launch of a dedicated sportsbook, BetStars.com.

The PokerStars parent, which recently launched a sportsbook and casino gaming on the PokerStars client in certain jurisdictions, has in recent months purchased the BetStars.com domain name along with variations like BetStars.eu, BetStars.co.uk and BetStars.net.

According to GamblingInvest.com, Amaya bought BetStars.net for this week for $10,000, while BetStars.co.uk, betstars.eu and betstars.de were acquired by the company over summer, the latter two for $2,177 and $1,995, respectively.

BetStars.com, which was formerly a sportsbook operated by Isle of Man-based WilsonBet, closed in at the end of October and was sold to Amaya for an undisclosed amount.

A source close to Gambling Invest stated that Amaya paid WilsonBet to close down its sports book and relinquish the domain name.

The move chimes with recent announcements from Amaya and its CEO David Baazov of their strategy to grow the company’s B2C sportsbook and casino operations, as well as poker.

Last week Amaya’s newly appointed Rational Group CEO spoke of “opportunities in the near future with our upcoming launch in New Jersey, the expansion of our casino and sports-betting businesses and our mission to grow the poker category.”

Amaya also recently purchased DFS site Victiv, which it rebranded “StarsDraft.” The company has spent much of the year divesting itself of its pre-PokerStars B2B assets, as it looks to grow an ever-more-powerful portfolio of B2C brands.

Meanwhile, the online gambling giant is in the midst of a backlash over changes to the PokerStars VIP program.

PokerStars has said that the changes were designed to simplify the rewards program and improve rewards for “the vast majority” of players, to the detriment of the top 2 or 3 percent, as part of a drive to encourage more recreational players.

Into the poker economy

However, certain sections of the poker community have accused the site of being disingenuous and thinking only of its profit.

There have been calls on poker forums to organize “sit out” protests.

A new website, TheyKillPoker.com, is calling for a mass boycott of the online poker site.

They Kill Poker, Don’t They?

“Hiding behind the concerns about the future of this game, the PokerStars owners want to cash in on players and increase their multimillion profit even more,” claims TheyKillPoker.

“Increasing already huge rake will turn poker, an intellectual game which you can beat only with your brain and skill, into a gambling game, a roulette which provides benefit only to the casino.”

Sit-outs have worked with the top brass before. PokerStars abandoned last year’s planned sweeping changes to the rake system following a similar backlash.