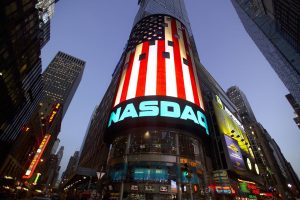 News of Amaya Inc. receiving its official licensing approval in New Jersey has sent the company’s stock surging by 30 percent, and some analysts are predicting share prices could double within the next few years, making the iGaming stock a hot property for investors.

Amaya’s stock rose by 25 percent in one day alone, 24 hours after it received the licensing nod from the New Jersey Division of Gaming Enforcement (DGE), and Macquarie analyst Chad Beynonin believes that the Garden State license is the stamp of approval that will revive the fortunes of the PokerStars and Full Tilt brands in America.

With the approval of one of the country’s toughest regulatory gaming bodies behind it, it will be easier for Amaya to become licensed in other states, such as California and Pennsylvania, as and when those states regulate, and that drives up Amaya’s value.

New Jersey “First of Many”

“We see this stock as a double,” said Beynonin an interview with CNBC’s Trading Nation. “You just have to be patient and stick through some of these catalysts. And we think this New Jersey announcement was a big one, and the first of many to come.

“What we think will change is the valuation and the multiples that will be ascribed to this company,” he added.

Beynonin said that Macquarie had set a price target of $40 on the $24 Nasdaq stock over the next three years. The company’s earnings could be set to double over that period too, mainly from the growth of its newly launched casino and sports betting arms in Europe, he added.

Elsewhere, analysts for Motley Fool identified Amaya as one of its “Top Stock for 2015 and Beyond” picks.

“Amaya is very expensive based on traditional financial metrics, but that is understandable given the company’s growth possibilities, including expansion in the United States. This stock may very well be worth a small bet,” said Motley Fool.

Meanwhile, Senator Raymond Lesniak (D-20th), one of the architects of New Jersey’s regulated online gaming market and longstanding champion of PokerStars, has reacted delightedly to the news of Amaya’s licensing.

“I was only a year ahead with projections,” he told PokerNews, referring to his premature assertion that the online poker giant would be operating in the market before the end of 2014.

“It’s huge for Atlantic City because PokerStars’ plans are to promote Atlantic City along with its iGaming platform,” he continued.

“The other operators are just promoting iGaming. PokerStars will bring attractions to Atlantic City, concerts to promote their brand, and maybe even live poker tournaments after an Internet elimination round. The potential is unlimited because they have the gravitas to have a substantial impact.”

good to see the company that owns the two poker platforms I like , returning to the USA .
dream of playing poker in USA now with PokerStars US who know they do a promotion that helps realize my dream.
and soon I will be in the land of Uncle Sam playing poker

buy on the rumor; sell on the fact .