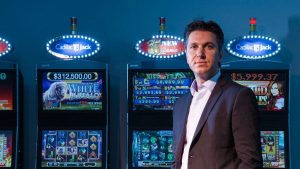 David Baazov has seen revenues at Amaya grow astronomically since the purchase of PokerStars. (Image: Forbes)

When Amaya purchased the Rational Group last year, it was a no-brainer that the addition of PokerStars and Full Tilt to the company would send their revenues through the roof.

That prediction has now become a reality, as a comparison of Amaya’s take in the first quarter of 2015 to the year before shows exactly how much PokerStars has transformed the Canadian gaming company.

The driver of this remarkable transformation was obviously the purchase of the Rational Group last year, which included the PokerStars and Full Tilt brands.

That $4.9 billion acquisition was an expensive gamble for Amaya, but the company felt certain that it could recoup the cost through the massive cash influx that would come in from their new properties.

In particular, that meant PokerStars. The world’s largest poker site is now the primary business of Amaya, with the company saying that it represents about two-thirds of the total online poker market across the globe.

“We saw continued strength in our core consumer online gaming business in the first quarter with gross deposits at PokerStars increasing approximately nine percent on a domestic currency basis and PokerStars estimating an increase in its share of the global online poker market,” said Amaya CEO David Baazov.

Most Amaya Business Currently in Europe

Europe is the biggest market for Amaya: not surprising, considering the number of regulated jurisdictions there and the lack of Internet gambling opportunities in the United States.

About 84 percent of all revenues came from Europe, while nine percent came from the Americas and just seven percent from the rest of the world, including the growing Asian market.

Baazov said that this success in Europe came despite challenges that could have harmed business on the continent. New regulations and taxes threatened to eat into profits in many jurisdictions, as did the weakness of the Euro against the US Dollar during the quarter.

In other parts of the world, PokerStars is taking steps to increase their exposure through a limited number of high value partnerships that they hope will pay dividends in the months and years to come.

Recent sponsorships have been signed with individuals such as Neymar Jr, the Brazilian soccer star who was already known to be a poker enthusiast.

In Japan, PokerStars has made deals with poker pros like Kosei Ichinose and Naoya Kihara, along with model Yuiko Matsukawa, all in an attempt to establish a foothold in what could be a major growth market in the future.

The company has also made inroads in the growing world of online streaming, signing Twitch stars Jason Somerville and Jaime Staples in recent months.

The United States also remains a target, as the company is hoping to see the PokerStars brand return to New Jersey later this year.

While PokerStars (and, to a lesser extent, Full Tilt) are already the main focus of the company, Amaya is planning on continuing to divest itself of business-to-business assets to focus more on their core online gambling products.

this is great he might be able to take pokerstars back to the US players.