Amaya Ex-CEO David Baazov Sells Off Multimillions in Company Stock, Causing Some to Wonder “Why Now?”

David Baazov’s stake in PokerStars’ parent company has been substantially cut down. The former Amaya Inc. CEO has sold off CAD$133 million (US$98.43 million) worth of stocks in the business that he himself originally founded. 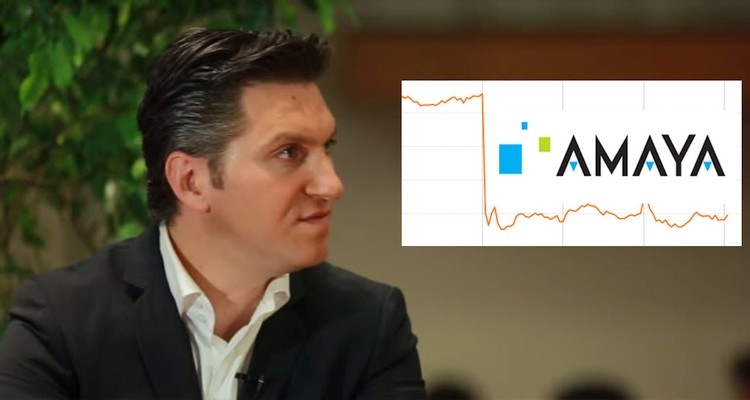 That hardly leaves the troubled entrepreneur out in the dark, however. Formerly the holder of 17.3 percent of Amaya stock, the sale brings his share down to 12.1 percent. And if he once was the largest shareholder in the company he built, he may yet be, based on the time of sale and their dedicated value at that moment.

Regardless, the timing of the sale may have caught the attention of those who have been following Baazov in the news lately. In the past two weeks, the investor has learned his insider trading charge will go to trial in November. Then, more recently, Amaya’s lenders restructured a loan to prevent Baazov from purchasing the business down the road.

But his representatives claim his decision to sell off his stake in the business has nothing to do the rough month he’s had.

“Mr. Baazov continues to own common shares for investment purposes and may, from time to time, dispose of some or all of the existing securities he owns or will own, or may continue to own his current position depending on market and other conditions and regulatory restrictions or requirements,” a statement read this week.

Baazov sold a total of 7 million shares at CAD$19 a piece via the Toronto Stock Exchange. The sale leaves the former CEO with 17,605,839 common shares, a figure that puts him at the aforementioned 12.1 percent of what’s out there.

Getting the Business (or Giving It)

Baazov has long wanted to take the publicly traded Amaya private by purchasing it outright. He attempted to do so last year, but to no avail.

After stepping down from his role as CEO in 2016 following insider trading charges from the Quebec regulator AMF, Baazov continued his quest to purchase the company. But by late last year and after several attempts, he dropped his offer and claimed it was time to move on.

Lenders are apparently still uneasy about the former boss’s intentions, though. A debt restructuring this week was carefully crafted in order to prevent the former CEO from purchasing the company. The move should all but make it impossible for Baazov to buy the business going forward.

A Quebec judge recently set the November 20 trial date for Baazov’s insider trading charges. The Israeli-born Canadian citizen is accused of illegally providing insider information to investors prior to Amaya’s 2014 purchase of PokerStars. He also allegedly attempted to influence the market price of Amaya’s securities, said the AMF.

He has pleaded not guilty, as did his two co-defendants. If convicted, he could face significant prison time, as well as a massive fine.

It’s unclear if this case will ever go to trial. Attorneys on both sides could still work out a plea deal to avoid going to court and to keep the former CEO out of jail. If it does go to trial, prosecutors have plans to call at least 50 witnesses to testify against Baazov.

Is he shady AF, or is all of amaya shady? Both?