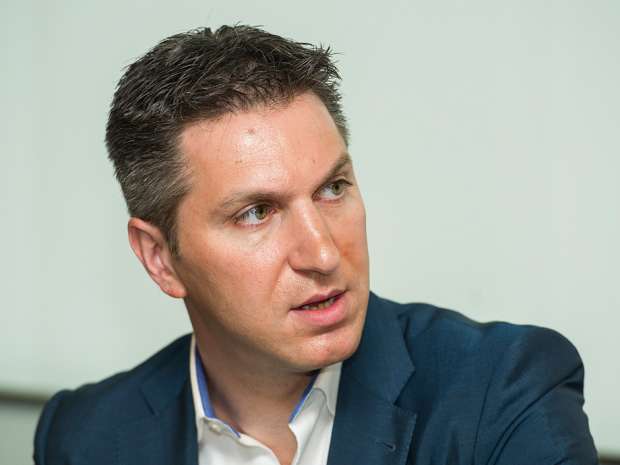 David Baazov, the CEO of PokerStars’ parent company Amaya, has been hit with insider trading charges by the Quebec securities regulator.

The 23 charges brought against Baazov (including five personal charges) and other individuals by the Quebec Autorité des Marchés Financiers (AMF) relate back to financial trading that took place before it completed the purchase of the Oldford Group (parent company of the Rational Group, which owns PokerStars and Full Tilt) in June 2014.

The deal, which was worth $4.9 billion and backed by GSO Capital Partners, with additional credit from Deutsche Bank, Barclays, and Macquarie Capital, caused Amaya’s shares to increase by 42 percent after it was announced.

But just six months later, the AMF moved in to investigate claims that certain parties abused privileged information in order to financially benefit from the takeover. Essentially, the AMF was concerned that share prices were unfairly affected and that certain people benefited from this.

These suspicions led to the Canadian police and the Quebec securities regulator raiding Amaya’s Montreal headquarters in December 2014. At this point, Amaya put out a statement explaining that it was cooperating fully and that it didn’t believe the investigation involved any “allegations of wrongdoing by the company.”

Baazov, Benjamin Ahdoot (a childhood friend of Baazov’s), and Yoel Altman (a lender and adviser to Amaya) are all accused of “trading while in possession of privileged information” in an effort to influence the market price of Amaya’s securities.

Additionally, Sababa Consulting Inc., Diocles Capital Inc., and 2374879 Ontario are being charged with similar offenses, bringing the total number of charges to 23.

In response to the news, Amaya sent out a press release today claiming that the charges do not directly accuse it of any wrongdoing as a company. It also said that none of its subsidiaries or other directors have been accused of any wrongdoing.

Amaya’s statement also attempts to put some distance between itself and the allegations, by highlighting that Ahdoot and Altman are former (as opposed to current) advisers to the company.

As for Baazov, he denies each of the five allegations brought against him.

“These allegations are false and I intend to vigorously contest these accusations. While I am deeply disappointed with the AMF’s decision, I am highly confident I will be found innocent of all charges,” said Baazov in a statement.

Instances of the AMF bringing charges against a person or company for insider trading are actually quite rare.

According to the Financial Post, the AMF took on only 13 cases relating to insider trading in 2013 (amounting to just three percent of its total caseload), mainly because prosecution rates were low as they were often “circumstantial” in nature.

This would suggest that the AMF is not only confident that it can back up its claims with hard evidence, but that it is confident of securing prosecutions against the accused.

Meanwhile, any chance of Baazov’s much-discussed bid to take the company private again, along with several other investors, will no doubt be tabled.

Should the charges by upheld in court, Baazov and his peers could face time in jail as well as hefty fines. However, the impact on PokerStars could be greater still.

Prior to securing a license to operate in New Jersey, Amaya was forced to release four former executives, who were not officially named. These executives were deemed to be part of the old regime at PokerStars which operated in the US illegally post-UIGEA.

Because of this, the New Jersey Division of Gaming Enforcement (DGE) made the termination of their contracts part of PokerStars’ licensing conditions.

While it’s important to note that the charges against Baazov et al are from a Canadian authority, the DGE hasn’t historically been one for letting major corporate issues slide. Although Amaya has stated that it will be communicating with regulators going forward, there is a chance this could lead to a review of Amaya’s iGaming license in New Jersey.

If that should happen, then the recently launched PokerStars New Jersey could find itself in a heap of trouble. Before any inferences of this nature can be made, the charges will have to be properly reviewed against Baazov as well as the others charged by the AMF, of course.