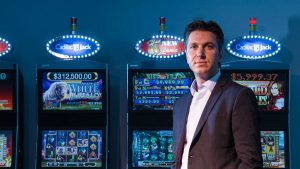 Amaya CEO David Baazov has reportedly made a bid for his own iGaming company, in an effort to take it off the public stock exchange and make it a private entity.

According to a statement issued by Amaya on Monday morning, Baazov and a group of investors have offered to buy the company and its subsidiaries, including PokerStars, for C$21 ($15) per share.

The bid comes in the wake of a period of stock market turbulence for the Canadian Internet gambling company.

Since acquiring PokerStars for $4.4 billion back in August of 2014, Amaya’s share price has fallen from a high of C$53 ($38) to this week’s premarket trading value of C$18 ($12.88). One of the major reasons for the loss of value is the strong US dollar and the delay in PokerStars’ sports book rolling out across licensed territories.

In addition to these market forces, the state of Kentucky’s lawsuit against PokerStars has also affected Amaya’s share price.

In fact, as well as halting a bid to raise more than $3 billion in investment, the lawsuit could put an $870 million dent in the company’s bankroll after a court ruled that the site’s presence in the state post-UIGEA made it liable for thousands of player refunds.

Although PokerStars has challenged the ruling, the legal push has already had an effect on the company as a whole, which could be one of the reasons Baazov put together the bid for Amaya with investors.

While there is no evidence that Baazov’s bid is merely an attempt to stop Amaya’s share price from dropping any further, it’s certainly a tactic companies have used in the past to ride out some tough times.

Before Amaya took control of PokerStars, it had been a private entity, a reality which allowed it to take more business risks than some of its iGaming peers.

But one of PokerStars’ more recent moves, into the lucrative US daily fantasy sports (DFS) market with its own site StarsDraft, has had its issues. The site was shelved last year in all but four US states, thanks to the ongoing battle over “skill vs. luck” that has largely fallen to the “luck” side in state attorneys general interpretations.

Of course, with its impending (rollout date yet to be determined) re-entry into the New Jersey market for poker, Baazov may just see the value in not having to please shareholders as he moves back to America. But if there’s one thing that PokerStars learned in its previous incarnation under the Scheinbergs’ leadership, it’s that flouting the law is never a good plan.

So private or public, Baazov is surely going to toe the legal line like a veritable Boy Scout.

I guess the stock pickers that have lost up to 65% of their gamble are not too happy.