Amaya Aims for the Stars, Toronto, and New Leadership

Amaya has just announced its first quarter profits for 2017, and things are going better than expected, thanks to PokerStars. Perhaps that’s what’s spurred the announcement of an impending corporate name change as well, to The Stars Group Inc. Exactly when the latter takes effect is not clear. 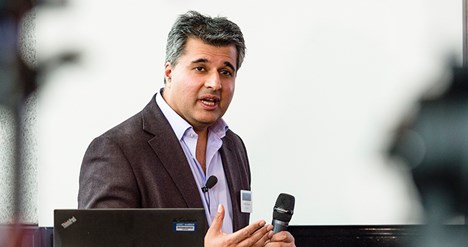 In a press release sent out on May 12, Amaya bosses announced that net earnings, through to March 31, 2017, were up by 18.5 percent. And in addition to reducing its long-term debt, Amaya saw poker revenue increase at the start of the year as well.

According to the numbers, revenue from real money poker at PokerStars and Full Tilt topped $218.7 million in the first three months of the year, which represents a 1.1 percent year-on-year improvement. Although this figure drops to 0.3 percent when you exclude changes in foreign exchange rates, the story of the report is that poker is on the upswing once more, and that’s big news.

Since taking control of PokerStars, Amaya has gradually shifted the site’s focus from high volume players to casuals. Although the move was initially met with some resistance, things have settled down over the last 12 months and things appear to be moving in the right direction.

Helping cause an upswing in revenue was an increase in traffic. As outlined in the quarterly report, the number of active customers increased by five percent to 2.7 million. In addition to the company’s positive start to the year, Amaya has announced a number of corporate changes.

On May 11, Robin Chhabra was officially named as the company’s Chief Corporate Development Officer. Chhabra comes to Amaya from William Hill, and will work closely with CEO Rafi Ashkenazi to oversee the company’s corporate development.

Looking to the Stars

Chhabra is expected to take up his position in September and presumably by the time that happens, Amaya will have already changed its corporate name to The Stars Group Inc. Outlined in the latest revenue report, the name change will be accompanied by a move to Toronto, Ontario as well.

Amaya’s current base in Montreal was the site of a raid by the Canadian Mounted Police and the Autorité des Marchés Financiers (AMF) back in 2014. Following accusations of insider trading involving members of the board and former CEO David Baazov, the company was forced to restructure.

Since that time, there have been a number of changes within the company and it’s possible the move is an attempt to distance the new regime from some of the ensuing bad press. Regardless of the motive, Amaya appears to be in a state of positive change at the moment.

For poker players, news that traffic is up at PokerStars and Full Tilt is a strong sign that the industry as a whole is in good shape as we move towards the second half of 2017.