Amateur vs. Pro: Who Ruled the World Series of Poker? 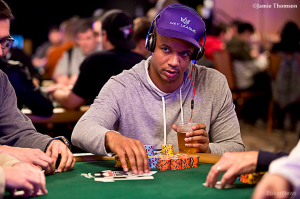 Despite being chip leader on Day 2 of the 2014 WSOP Main Event, Phil Ivey couldn’t keep the momentum and was one of many pros knocked out by Day 4. (Image: Jamie Thomson/PokerNews)

With the 2014 World Series of Poker Main Event now wrapped up, Sean Gibson takes a look at who won and what is happening in the post-Moneymaker amateur vs. pro event cash outlook, more than 10 years later.

Come back tomorrow when we take an in-depth look at each of the November Nine players and what they bring to the table, literally.

The 2003 World Series of Poker, as we all know, changed the face of the game forever. A moderately simple man with an ordinary, everyday job beat out over 800 other entrants to claim one of the biggest tournament prizes ever. Chris Moneymaker, a 27-year-old accountant, walked out of the Main Event that year as World Champion with $2.5 million in winnings.

It was the spark that ignited a colossal boom for the poker world. Moneymaker climbed his way to victory through the humble beginnings of winning a $39 online satellite tournament. It spawned what became know as the Moneymaker Effect: “If he can do it, why can’t I?”  And that revelation turned into a revolution.

A common theme for this year’s World Series of Poker (WSOP) was that established pros, although perhaps not the ones on magazine covers, consistently did well. It all begs several questions, such as how far evolved has the game become from the Moneymaker heyday, how does this November Nine contrast against the skilled-but-obscure pros winning consistently at this year’s WSOP, and where the game is headed.

WSOP tournaments are packed with big names who have established themselves after years on the professional circuit. But littered throughout the ranks are scrappy players who have battled to the top through sheer skill and are by all definitions professional poker players. By the time the November Nine remained, 6,683 players had been whittled down to a Final Table representing the United States, Brazil, the Netherlands, Norway, Spain and Sweden.

Yet those prestigious nine seats weren’t filled by names many would recognize. Take world foosball champion Billy Pappaconstantinou for example. He has no previous WSOP experience and the bulk of his $16,379 in live tournament earnings came from an eighth place finish at the 2010 World Poker Finals. Many of these nine players lack any kind of significant previous cashes at a WSOP event, if at all.

Perhaps the biggest name coming out of the November Nine is Mark Newhouse. Newhouse is making history by becoming the first Niner to make back-to-back Main Event final tables. He is also the first player since Dan Harrington in 2003-2004 to make the final table back-to-back. Like the other eight players, Newhouse is hoping for a significant victory. Sure, he gained some fame last year, but could the average poker fan pick him out of a lineup? Of course, they probably could now.

“Throughout any poker player’s career, you’re always progressing,” Newhouse told WSOP.com. “If you’re not, then you’re falling behind. That’s just the way it is.” 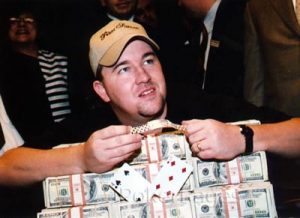 Back in 2003, WSOP Main Event champion Chris Moneymaker set the trend for aspiring amateurs hoping to strike it rich at the World Series of Poker. (Image: chrismoneymaker.com)

More than a decade later, it appears as if there are still palpable ripples from the Moneymaker Effect. The poker world’s spotlight is now cast on a group of players quite inexperienced with live tournament play. Despite Newhouse’s personal progression, there is a distinct lack of well-established players at the top of the WSOP final table, but not for lack of trying.

Players such as Antonio Esfandiari, Phil Ivey and Daniel Negreanu had large stacks and were running quite deep in the opening days of the competition. We’ve almost grown accustomed to one very famous pro, be it a Phil Ivey or Michael Mizrachi, making it all the way to the WSOP Main Event final table. Outside of Newhouse, who disputably is on the outer fringes of poker fame, that simply wasn’t the case this year.

However, Day 4 of the tournament pushed many players out of the money bubble. Despite ending Day 2 as chip leader and continuing to go strong, Ivey busted in 430th place. Newhouse became the last November Niner remaining. As the numbers of players dwindled, there were fewer champions in sight. Interestingly enough, Pappaconstantinou’s World Champion foosball titles probably made him one of the biggest “stars” in the final days in addition to being an amateur in the truest sense of the word.

“I’m in shock,” the foosball champ told ESPN. “I never thought I’d play in this event. It’s been my dream, and I’ve been saying ‘this year’ or ‘next year’ for like 10 years, just to play in an event, period. Now I get to play this, and I’ve never expected this at all.”

The poker boom created by Moneymaker’s historic performance did more than put stars in the eyes of WSOP hopefuls. If a lowly accountant from Tennessee could make bank, so could anyone else with an Internet connection. As countless individuals went in droves to online poker rooms, a new kind of player was emerging. Under the guise of an anonymous username, the next amateur was turning into a professional.

Before Moneymaker, an online satellite paving the way for entry into the Main Event was a difficult concept to grasp, since most players were on a dial-up connection and preferred brick-and-mortar poker rooms. That dream became a wonderful reality leading to satellites becoming a natural extension of live tournament play. These days, many of the popular online poker sites offer satellites or some kind of promotion guaranteeing a Main Event seat.

Being able to compete in online rooms allows a player with a big enough bankroll to constantly play, strategize and emerge victorious over other players. The idea of a “professional” player quickly bled into the online market as soon as Moneymaker made his claim and we still see new bubbles of first-timers turning pro every year after discovering online poker. 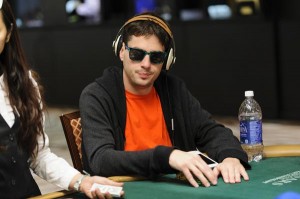 Sites such as PokerStars have a corral of pros meant to draw in amateur hopefuls wanting to brush up on their game. Negreanu and Moneymaker headline PokerStars’ team, but players who excel at online tournaments are often courted for pro status as well. The dream of simply winning a million dollars at poker has greatly evolved into what we see now, a group of players with a fairly realistic look at the odds and appreciating how much they’ve bucked those odds.

Now, the dream is to grind the ladder, get a sponsorship, and consistently get paid. That’s a genuinely evolved outlook from 10+ years ago when all this got started.

With that evolved dream, so goes the evolution of poker marketing and offline income for poker players. Phil Ivey is drumming up online business by teaching willing players expert tips and how to “think like a pro.” Countless others think of themselves as a brand, rather than the outlaw wanderer glorified in songs like “The Gambler,” which is stark contrast from years past. The Millennial generation, and their inter-connectivity, have revolutionized the way the game is thought about, played, and marketed. The problem for those in the United States, of course, is still the law in most of those states, and it’s culling what would be generations of potential players.

Considering how restrictive online poker has become for many since the passage of the Unlawful Internet Gambling Enforcement Act (UIGEA) in 2006 and Black Friday of April 2011, maybe this year’s November Nine shouldn’t come as that great of a surprise.

Despite the overwhelming popularity of the WSOP, it was not immune from the effects of the UIGEA. In 2006, months before the Act passed, the Main Event had its biggest field of players with 8,773 entrants. As the third-party registration process was eliminated in 2007, the number dropped to 6,358. In short, the poker boom which saw WSOP exponentially increase every year took a big hit. With the exception of 2010’s 7,319 players, the field has hovered around 6,500 players.

The newer generation of poker players fine-tuning their game online was able to come to the Main Event to show off their talents in a live setting. But in this post-UIGEA world, how could a budding online star rise to the top? Still, attendance at the WSOP was more or less stable. Players outside the United States could still participate (as evidenced by the diverse origins of this year’s November Nine). Legalization and marketing around the world has helped stabilize the game, while restrictions in the United States have stunted its growth.

Since Black Friday, the more wildly recreational players have come and gone. Only those dedicated and talented enough will spend the money attempting to travel the circuit and take on the live scene. Year after year, competition has grown fiercer and sometimes, not even the talents of professionals can best the skills of an untested amateur.

“Poker needs a bottom end, and now that bottom end is you’re looking at a $200 buy-in at the casino,” 25th place Main Event finisher Bryan Devonshire told the Las Vegas Review-Journal. “And 200 bucks is a lot of money to a lot of people. Now, they’re all intimidated by live poker, and how else are you going to learn? It’s just a lot harder to get new people and new money into the game. So nowadays, people that play poker most of the time have played for a while. People either play and lose and quit, or they get better, and now people are better three years since ‘Black Friday.'”

If Nevada, New Jersey and Delaware are any indication, the United States online poker market could bring about another poker Renaissance. The struggle for widespread regulation is quite real, but American players are finally able to jump back into online games and test their skills against others.

Even with the countless growing pains seen in the past several months, the market shows promise. Casinos like Caesars and Borgata are attaching their names to online poker rooms, hoping to bring the profitable market to the states. If more states begin to follow suit, the diverse player base could exponentially expand. Hopeful players can test their mettle online and dream big of facing off against professionals at the felt.

By November, one of those relatively unknown men will find themselves doused in fame. The guaranteed $10 million first-place prize is nothing to sneeze at either. And if an ordinary guy could change things up so much over a decade ago, what’s to stop another amateur from doing the same?