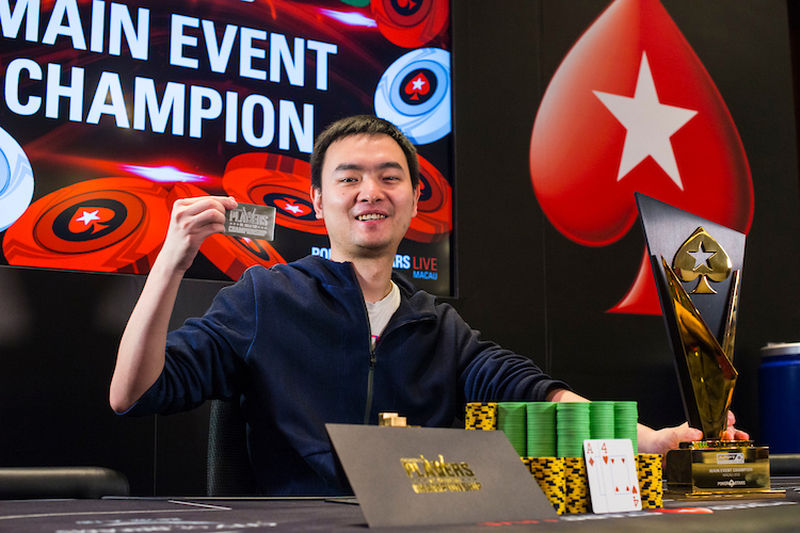 When the final table of the got $5,000 event underway on March 25, Thailand’s Phanlert Sukonthachartnant was the man out in front. With just six players remaining in the PokerStars-sponsored showdown, Thailand’s all-time tournament earner looked like the man to beat.

After taking the chip lead with just 13 players remaining, Sukonthachartnant was able to outlast some stiff competition in the form of Davidi Kitai and John Juanda. But by the time the final six started to scrap for supremacy, it was Wu who moved into a strong position.

With the table content to take things slow, Wu initially pinched some chips from Sukonthachartnant before bringing Maxi Lehmanski’s tournament to an end. Shoving all-in from the hijack, Lehmanski was unlucky to find his A♣9♣ in trouble against Wu’s A♠K♠.

A turned flush was more than enough to earn Wu the pot and take the final table down to five players. As the chips started to fly, China’s Alexandre Chieng and former chip leader Sukonthachartnant soon fell by the wayside.

Four-handed, the action was dominated by Wu and India’s Aditya Agarwal. Indeed, as the blinds increased and the stacks decreased, these two players eventually found themselves locked in a heads-up battle for the title.

Starting the final fight, Agarwal held more than a 2:1 lead over his opponent. However, with almost $400,000 and a PokerStars Platinum Pass worth $30,000 up for grabs, Wu dug deep to reverse the standings.

A crucial pot before the break allowed Wu to claw back some of the deficit, which, in turn, seemed to shift the momentum in his favor. Eventually, when the players returned, it was the player from China who edged into the lead after a split pot saved his tournament life.

Now with the bit between his teeth, the amateur player caught a final slice of luck to take down the tournament with A♦4♥. As per the PokerStars Live blog, a limp from Agarwal elicited an all-in from Wu and a call.

When the hands were revealed, it was PokerStars pro Agarwal who held the lead with pocket eights. However, an ace on the flop and no subsequent help meant India’s third mot successful tournament player had to settle for second and $242,211.

Wu, meanwhile, scooped the final pot, his biggest every payday and a Platinum Pass that will see him take part in January’s $25,000 PokerStars Players NL Hold’em Championship in the Bahamas.

this phenomenon is like a piece of luck, but it means a lot for poker. after all, if there was no ACE on the flop, his empty hand down the tube. because of how much these expected and unexpected coming, we need at the moment card. and how frustrating it is when you feel like you’re a winner, but you fall down if you don’t get what you need. this is a real stroke of luck.

The underdog sweeps the show!