Going into 2020, Ali Imsirovic was on our high-roller radar. But as the pandemic made minced meat of everyone’s poker calendar, we didn’t necessarily expect him to be such a dominating force going into the high season for big buy-in events of 2021. On Thursday, the Bosnian wunderkind won his seventh such title at the newly launched PokerGO Cup. 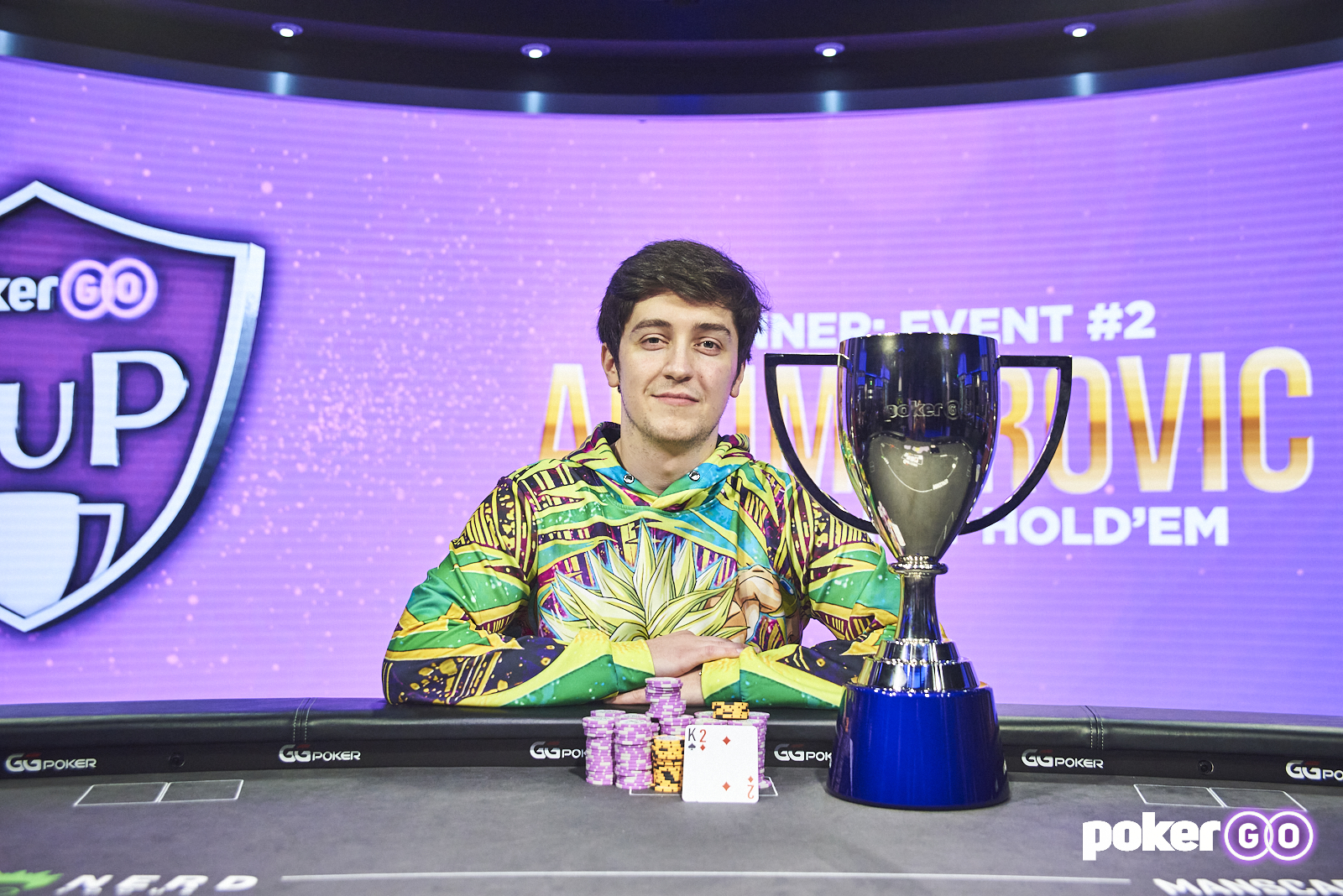 Ali Imsirovic has been the top high roller in the world in 2021. (Image: PokerGO)

Two-time Global Poker Index Player of the Year Alex Foxen shipped the first PokerGO Cup event, also a $10K Hold’em, for $178K, after a wild heads-up battle with Sean Perry, in which Foxen squandered a 20-1 chip advantage before coming from behind to win. But he didn’t have the same magic the next day, busting in 18th place, nine spots shy of the money.

A slumping Daniel Negreanu also fell short of the money, as did such big names as Cary Katz, Bill Klein, Phil Hellmuth, and Stephen Chidwick. Hellmuth is now 0-3 in PokerGO Cup tournaments. He entered Event #3 on Thursday, but was eliminated in 14th place out of 53 players. Only eight players in that event will cash when the final table takes place Friday at the PokerGO Studio in Las Vegas.

Imsirovic has been dominating the felt since the beginning of the year. Below is a quick look at the high-roller tournaments he’s won so far in 2021.

Imsirovic now has over $11.6 million in live tournament cashes, adding more than $2.6 million in 2021 — a year in which high-stakes events were scarce until May. Now that the high-roller circuit is back in full swing, the Bosnian poker superstar has been destroying the competition. He added 183 PokerGO Tour points to his record, and now has a 527-point lead over Sean Perry, who is in second place.

Is it too early to start thinking of this 26-year-old as a future Hall of Famer?