GPI Crowns Three Players of the Year for 2021

The Global Poker Index has named Ali Imsirovic its overall Player of the Year for 2021. The popular player tracking site also recognized Nadya Magnus as its Female POY, and David Mzareulov as its first Mid-Stakes POY for topping the leaderboard for tournaments with buy-ins of $2,500 or less. 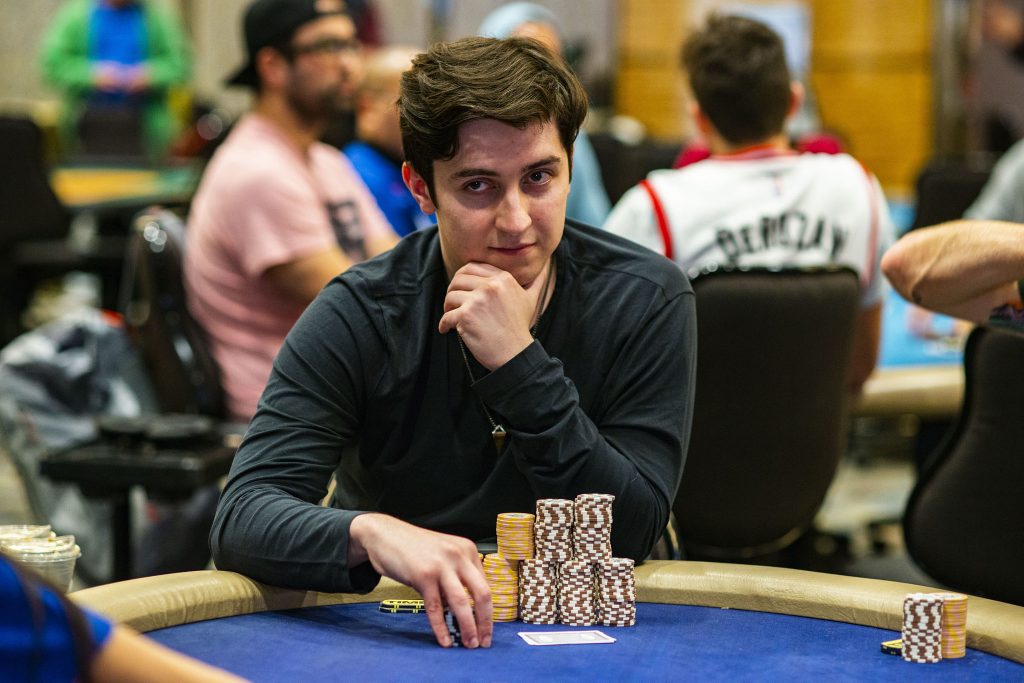 After a year filled with strong performances, Ali Imsirovic was crowned the GPI Player of the Year. (Image: Paul Phua Poker)

GPI uses a points formula that takes the cost of buy-ins and the number of entries an individual event draws to determine how many points players earn for their finishes.

The three winners are invited to attend the Global Poker Awards in Las Vegas on Feb. 18 to collect their trophies.

Imsirovic, a 26-year-old Bosnian poker pro who currently lives in Vancouver, Washington, started 2021 as the top-ranked player on the GPI list, and never relinquished that position throughout the year. He earned first-place points 14 times and finished in the top 10 another 32 times while winning more than $6 million playing poker in both live and online tournaments in 2021.

This is Imsirovic’s second big honor of the year. He was named 2021 PokerGo Tour Player of the Year a few days before Christmas.

His final 2021 cash, according to GPI partner The Hendon Mob, was a first-place finish for $695K at the WPT Rock ’n Roll Poker Open’s $25K High Roller event on Nov. 29. He earned 421.58 POY points for that victory and brought his career tournament earnings to more than $15 million.

Shannon Shorr finished third in the 2021 GPI Player of the Year race with 3,141.45 points. The points differential between first and 10th place in this year’s race was 508.79.

Nadya Magnus started 2021 with a goal and a giant chunk of chocolate. She finished as the GPI’s Female Player of the Year.

The Boca Raton resident dethroned Kristen Bicknell, who held the title for the last three years. Bicknell finished seventh. Magnus finished 338.16 pts ahead of Kyna England. Vanessa Kade rounded out the top five in the race, which wasn’t as tight as the overall POY contest.

Mzareulov is the mid-stakes master

New for 2021, the GPI’s mid-stakes race came down to the very end with only 33.56 points separating Mzareulov from Logan Hewett, the runner-up.

Mzareulov didn’t seal his POY trophy until the last two days of December when he earned 83.38 pts for a 90th-place finish at the Mid-States Poker Tour’s $1,000 event. Hewett also played in that event and earned 89.05 pts for finishing 72nd. A 28th-place finish would have given Hewett enough points for the trophy.

The Global Poker Awards is scheduled to take place at the PokerGo studio at the Aria Casino on Feb. 18. With 26 categories, many poker players and poker industry members who performed well in 2021 will take home hardware and recognition.