The heater continued on Saturday for Ali Imsirovic, who won PokerGO Cup Event #4 for $240,000, his second title of the series and eighth high-roller victory in 2021. 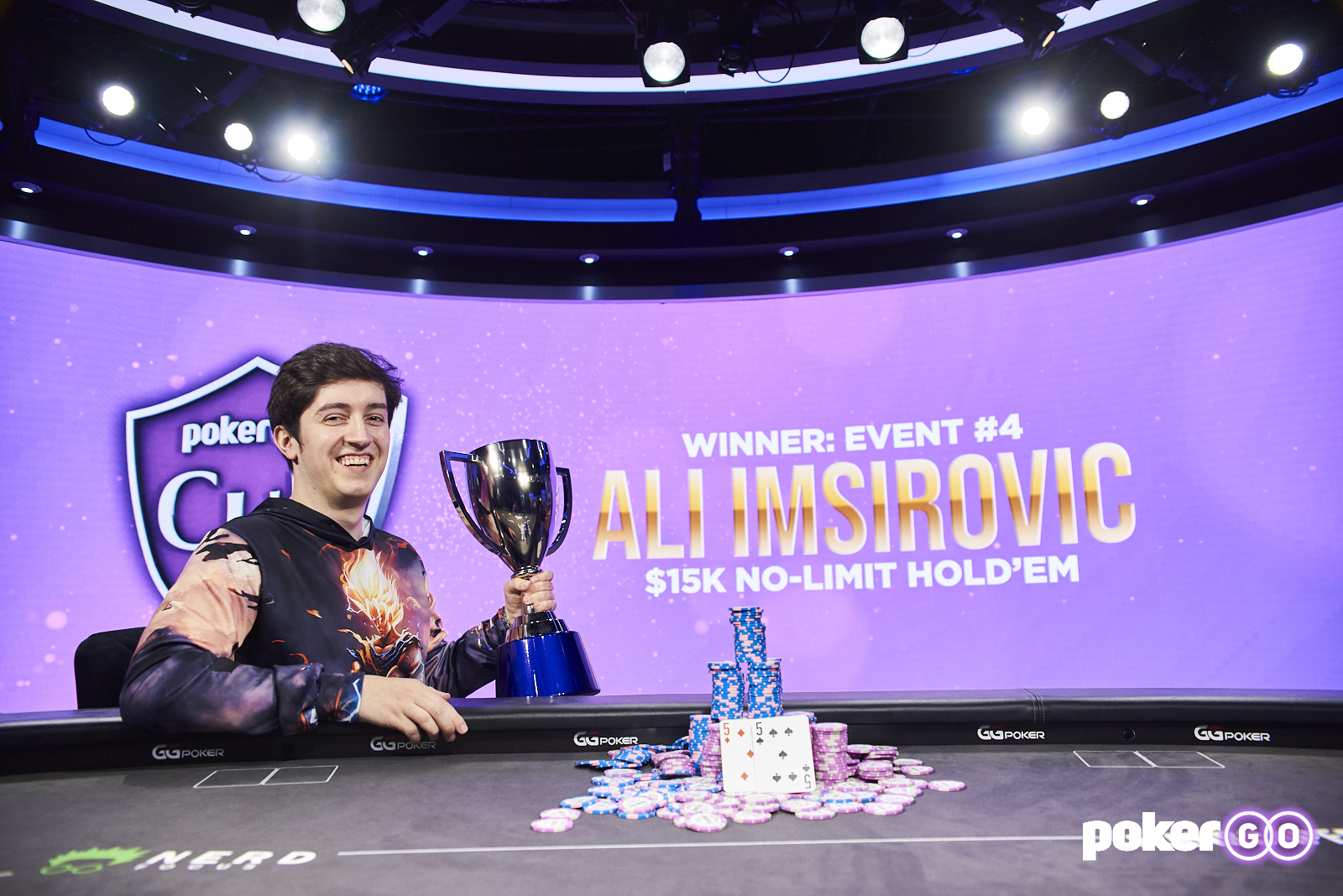 Imsirovic has been on fire since February, and no one can seem to find an extinguisher. He’s running hotter than the record-high temps outside the PokerGO Studio in Las Vegas. Even an ice bath, or the 49 other talented poker pros in the field of the $15,000 No-Limit Hold’em tournament, couldn’t cool him off.

Saturday’s PokerGO Cup also saw Daniel Negreanu reach a final table in Event #5. The GGPoker ambassador, along with five others, will return to action on Sunday for the final table of the $25,000 tournament. Negreanu will attempt to win his first live poker tournament since the 2013 World Series of Poker Europe. Only 36 players registered, and first place is set to pay $324,000.

It’s been 2,818 days since Negreanu has won a live poker tournament recorded by Hendon Mob. Heading into Saturday’s final table, it had been two days since Imsirovic’s last victory. The 26-year-old Bosnian poker sensation took down PokerGO Cup Event #2 for $183,000 on Thursday.

He made yet another final table in the fourth event of the high roller series, and once again dominated play. On the final hand, he forced Daniel Weinand to commit his entire stack on a semi-bluff with an open-ended straight draw into middle set.

Holding 8-3 on a board of 6-5-7-2, Weinand bet 175,000 and Imisrovic bumped it up to 700,000. Feeling a bit frisky, Weinand reraised to 1.6M with just 900,000 left behind. The semi-bluff would possibly have worked if not for Imsirovic having pocket 5’s (a set) in the hole. There was no point in slow-playing the hand given Weinand was essentially pot committed at that point, so Imsirovic, who had a slim chip lead, put him all-in and received a quick call.

The players watched a meaningless ace turn over on the river, putting an end to the event. Weinand received $157,500 for his runner-up finish.

At this point in the year, it’s still too early to start handing out awards. There are plenty of events, including the WSOP, Super High Roller Bowl, and others that could change the high-roller landscape before New Year’s Eve. But Imsirovic is clearly the heavy favorite to win numerous awards, including the PokerGO Cup crown, Global Poker Index Player of the Year, and PokerGO Tour champion.

With 423 points and four events remaining, he leads the PokerGO Cup standings by 178 points over Dylan Linde. Upon winning his eighth high roller, he now has 2,320 PokerGO Tour points, 767 more than Sean Perry, who is in second place. And at 2,758, he’s 349 points up on Jesse Lonis in the 2021 GPI Player of the Year standings.