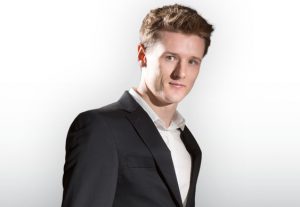 Alex Millar, the high stakes cash game player who plays under the name Kanu7, has become the latest player to leave Team PokerStars.

The British pro has long been regarded as one of the top cash games players in the world and this notoriety led to him securing a place on PokerStars Team Online in 2013.

However, after just over two years with the online poker site, Millar has decided to hand in his resignation following PokerStars’ decision to cut VIP rewards from 2016 onwards.

Like many Team Online pros, Millar rarely ventured into the live arena to ply his trade (although he has played in a selection of high rollers) and he, like many of his peers, expects the changes to affect his bottom-line in the coming months.

Unlike Dani Stern who publicly rallied against PokerStars and called for players to protest, Millar found himself in something of a conflicted position. Being an employee of PokerStars meant he couldn’t be as vocal about the issue as his high stakes friends.

He did, however, vow to tackle the issue from inside, but, according to the pro’s Twitter feed, his efforts were unsuccessful.

Despite trying to outline how the changes (which will see VIP rewards cut at higher stakes) would affect a number of loyal players, Millar was unable to alter PokerStars’ decision and that was enough for him to relinquish his place among the company’s stable of pros.

“@Kanupoker: I’d like to apologize to the players for my complete failure to be able to help in any way with the recent PokerStars VIP changes. With @RealKidPoker eventually failing as well I no longer feel I can represent the company and I have now left Team Pro Online,” tweeted Millar.

Another Player Removes their Patch

Since announcing his decision, Millar has reportedly received a wave of support from the community. However, it’s likely his move will force a change of heart from PokerStars as recent history would suggest.

When Amaya first took charge of PokerStars, one of the site’s longest serving pros, Victoria Coren-Mitchell, decided to remove her patch and leave the company.

Writing on her personal website that she no longer felt she could represent a company that was intent on bringing casino games and sports betting into the poker domain.

“PokerStars.com announced that it will be rolling out online casino gaming alongside its Internet poker. As a result, I terminated my endorsement contract with them,” wrote Coren-Mitchell.

Although traffic at PokerStars has held strong since Amaya took control, it seems as though some of the recent decisions have left a sour taste in a few players’ mouths.

The day after publishing this article, author Dan Smyth heard from Michael Josem of the PokerStars communication team, and we publish the gist of his comments here:

“We are disappointed that Alex Millar’s service as a member of Team PokerStars Pro Online has concluded. We respect his decision to not seek a renewal of his contract, but we do not discuss the contractual arrangements of sponsored representatives in public. We wish him well in his future endeavours.”

Good on him! Hopefully Pokerstars will start giving back more to its customers… I doubt that haha.

Amaya is all about the money.