For a record 31st straight week, Alex Foxen is the top-ranked poker player in the world according to the Global Poker Index. Fedor Holz, during his insane run of massive scores in 2006, previously held the record at 30 consecutive weeks. 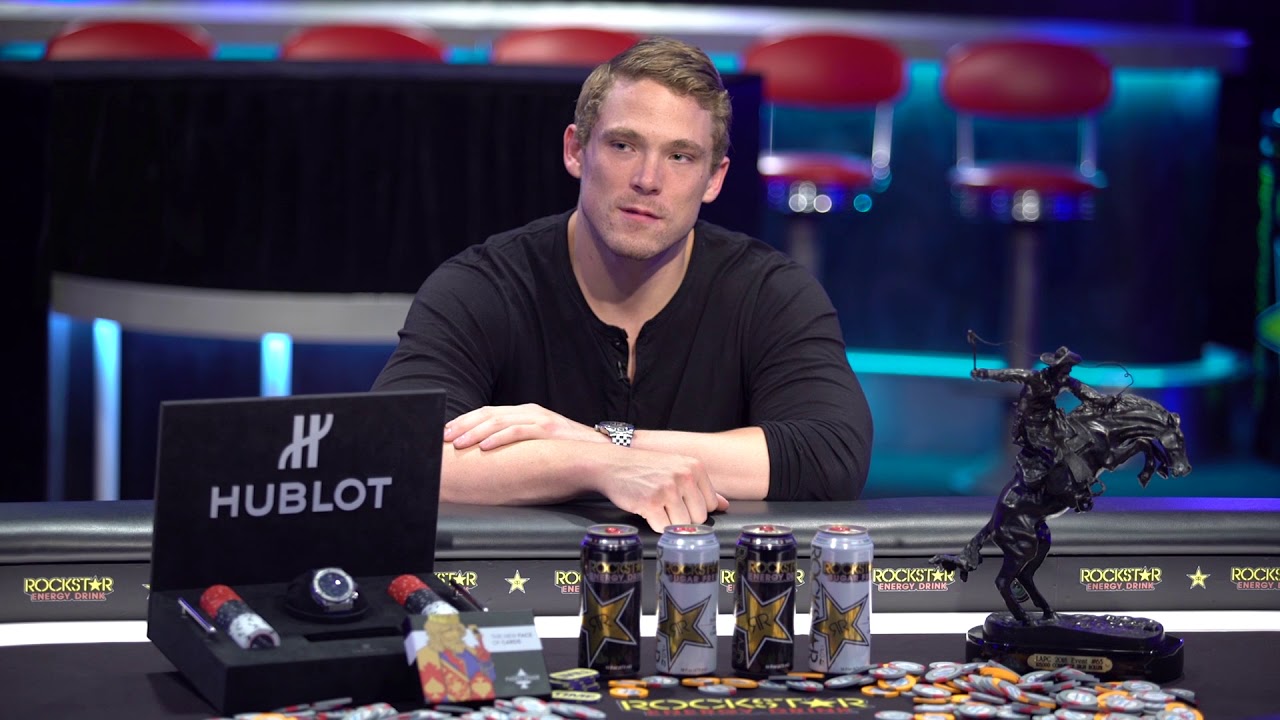 Alex Foxen is the best poker player in the world, if you buy into the GPI. (Image: YouTube)

Foxen, a former football player at Boston College University, is one of the game’s top rising stars. Whether or not he’s the best player in the world is subjective given the GPI’s rankings are based on subjective formulas. But he’s undeniably a skilled pro with tremendous upside.

His girlfriend, Kristen Bicknell, is also a top-notch poker pro. She’s a two-time defending GPI Female of the Year winner and sponsored by Partypoker.

Fedor Holz had a memorable run in 2006. He cashed that year for over $16 million, third highest single-year earnings in history. During that sick heater, he set a record with 30 consecutive weeks atop the GPI world rankings. But records are made to be broken.

Alex Foxen, who now has over $11.6 million in career live tournament earnings, has been ranked #1 the past 31 weeks. During that span, he’s become one of poker’s most consistent no-limit hold’em tournament grinders.

Since December, Foxen has $5.3 million in cashes, most in hold’em events. That includes a runner-up finish at the $300,000 Super High Roller Bowl V for $2.16 million. Through April, he already has seven six-figure scores this year, and the WSOP hasn’t even started.

Is He Really the Best?

The Global Poker Index uses a point-based system to rank the players. While the GPI is credited with having the most reliable poker player ranking system, and deservedly so, determining the best player is subjective because the formula used will always be subjective.

And each year it seems there is a different player the poker community dubs as the “best.” In 2015, Steve O’Dwyer and GPI POY winner Byron Kaverman were viewed as the top players. The next year, Fedor Holz held that title although David Peters ended up winning POY. In 2017, Adrian Mateos, Bryn Kenney, and Stephen Chidwick, were unstoppable.

And then last year Justin Bonomo had arguably the greatest year in poker history with $25 million in cashes. Bonomo has since cooled off a bit and now many consider Foxen to be the best player in the world. Perhaps, he is. It’s tough to argue against that point given his consistency in high rollers the past year or so. But the debate is subjective and, therefore, impossible to come to a definitive conclusion.

I don’t think Fedor Holz was old enough to gamble in 2006. But wp Foxen!

I don’t keep up with pros much, but I do know that this dude is a beast and I believe he will be a force for years to come.