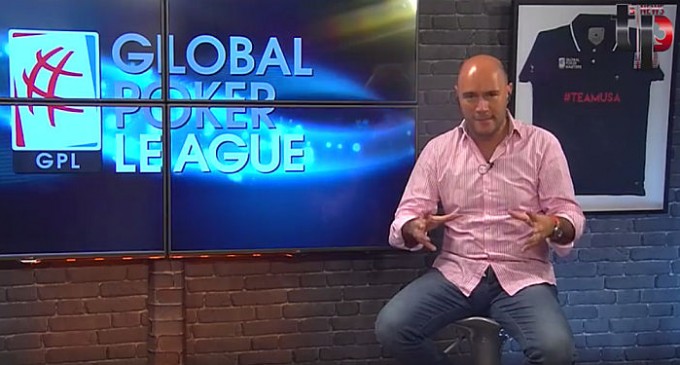 Alex Dreyfus is a man not lacking in confidence. That shouldn’t come as much of a surprise, considering he’s a successful businessman.

But Dreyfus is more than an entrepreneur. He’s an innovator, or at least he is striving to be one.

Dreyfus has plenty of doubters, but that doesn’t faze him. The man in charge of the Global Poker Index player ranking system is prepared to introduce the Global Poker League (GPL) to the poker world come February 2016.

The league will, as Dreyfus says, “sportify” poker. In layman’s terms, the Global Poker League will be a sort of mixture of poker and sports, except there won’t be any superstar physical athletes such as Kobe Bryant or Calvin Johnson.

Instead, the GPL will feature brilliant minds competing in team poker matches in front of a live as well as digital viewing audience. And the league will have commentators analyzing the play, just like color commentators dissect each play during a football game.

The league will have 14 teams from 14 different cities battling for supremacy over the course of a 12-week regular season. The inaugural Global Poker League World Championships are set to take place in the summer of 2016.

But Can It Succeed?

There are no guarantees when it comes to any business, and Dreyfus is taking a gamble by attempting to sportify poker. But he is adamant that the game needs to innovate or risk losing fans.

That’s where the Global Poker League comes into play. CardsChat spoke to Dreyfus last month about the details of his proposed league. During the conversation, he spoke with enthusiasm about his league and shot down the notion that the poker community isn’t behind him.

A month later, is Alex Dreyfus still as confident the GPL will succeed?

“Feedback from [poker pros] is great, but we still have to build up momentum,” Dreyfus said.

Dreyfus has been shooting for a February 25th player draft, the same day that the American Poker Awards take place, and as of this writing, the league is on schedule.

The Draft and TV Deals

Dreyfus has yet to announce any players that are committed to competing in the Global Poker League, but he suggests many have expressed verbal interest in the concept.

“While I’m talking and meeting a lot of players, nobody will commit until we provide all the information about our plans regarding GLPS,” he advised CardsChat.

Dreyfus isn’t rushing into any television deals at this time, either. Instead, he prefers focusing on getting the league up and running, and then worrying about making it grow later on.

The GPL, according to Dreyfus, will begin as a “digital experience” available to those on mobile phones and computers. That begs the question, would Poker Central be a good platform to air the Global Poker League?

“I consider Poker Central as a digital platform which we could totally work with,” Dreyfus said.

CardsChat addressed some concerns with the Global Poker League in an October article, all of which were valid points. Dreyfus disagreed in a recent CardsChat interview, and continues to remain positive and optimistic about the potential of his innovative league.

Alex Dreyfus is ready to sportify poker. Is the poker community ready for it? Time will tell.