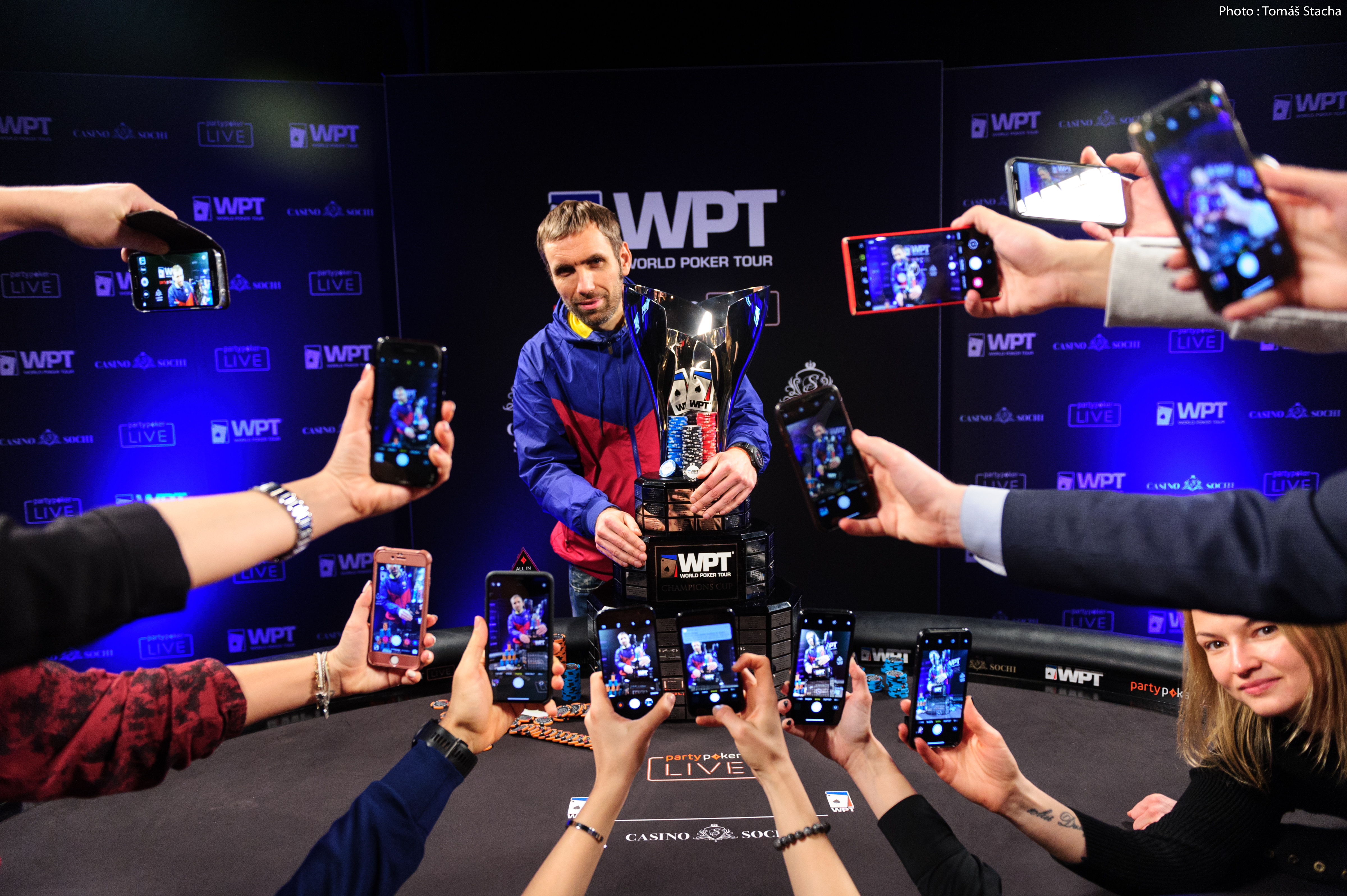 When the ₽210,000/$3,300 tournament started on Jan. 21, it marked the second time the WPT hosted a main event in Sochi. Now a base for live poker events in Russia, the coastal resort welcomed a cast of local and international players.

As expected, Russian pros were also out in force. Veteran Vitaly Lunkin was among those flying the flag for Russia deep into Day 3, while Natalia Nikitina became the last woman to fall, bowing out in 20th place.

At the start of Day 4, just 12 players remained. Vahe Martirosyan started the session out in front with 3.2 million chips, but all eyes were on Filatov. Sitting in fourth, the young Russian was more than used to performing on the big stage.

With more than $5 million in live earnings already to his name, Filatov has previously tasted victory at Casino Sochi. Winning the 2018 Partypoker Millions Russia, Filatov walked away with $944,230 after topping a field of 692 entries.

With experience on his side, the Partypoker representative started fast. Taking a handful of early pots, Filatov cemented his position in the top five. However, while the Russian made his presence felt, it was Roman Timergazin who struck first.

After opening the action with A♥Q♠, Timergazin called a three-bet shove from Mikhail Sokolovskiy. With only 15 big blinds, Sokolovskiy made a move with A♦J♣, but luck wasn’t on his side.

With that, the elimination floodgates opened. Next to fall was Filatov. Despite being among the early favorites, he lost his way midway through the session and made a desperate move with J♥T♣. Pushing all-in from late position, Filatov found a willing caller in Timergazin, who was holding pocket jacks.

The case jack only compounded Filatov’s misery as the J♣2♣4♥4♠8♣ board sent him packing in 11th. At this point, it looked as though Timergazin would become the new WPT Russia champion. But, as more players fell, his time in the spotlight faded.

As attacks rained in from all sides, Timergazin eventually fell in sixth place when his A♣9♣ couldn’t out race Ernest Shakaryan’s pocket eights. With five left, Badulin started to make his move.

The eventual champion took out Sergey Kharlamov before sitting back as Vahe Martirosyan was double teamed by Shakaryan and Vlada Stojanovic. The resulting carnage soon left Badulin within touching distance of the title.

After Shakaryan fell in third, Badulin got the job done head up. After taking the lead against Stojanovic, the Russian pushed the pace. By applying maximum pressure with all-in moves once his opponent was short on chips, Badulin eventually won the tournament with A♠2♣.

With no other choice but to push back against the unrelenting aggression, Stojanovic made his final move by shoving all in with Q♥2♦. Badulin called and secured the WPT Russia title after the J♦6♥7♦3♦J♣ board offered Stojanovic no help.

Speaking to WPT reporters after the event, Badulin said he felt calm throughout the final table. While he says he has no immediate plans for spending the prize money, Badulin will be flying to Las Vegas in June courtesy of the free seat he won for the WPT Tournament of Champions.

Congratulations to Alexey on a well-deserved victory. He was able to beat a large number of strong and famous rivals. Good luck in Las Vegas))