Singapore’s Alecz Chan has flipped his way to the Asia Poker Tour (APT) Championships Event title as well as a career-best prize in Macau. 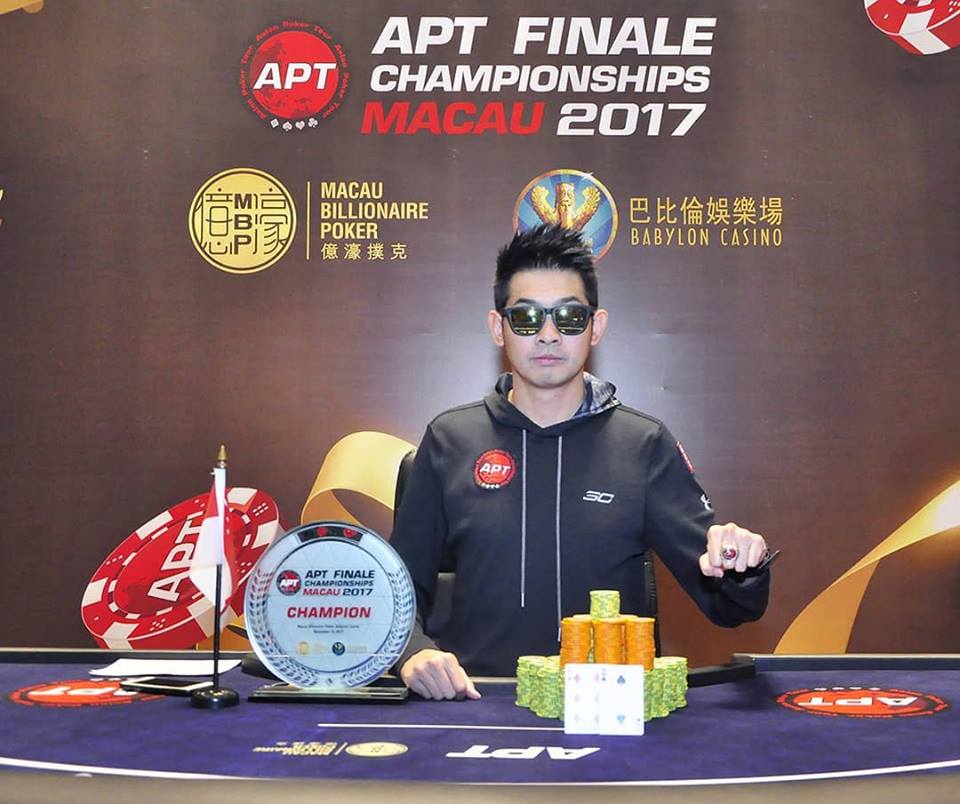 Despite 10 players receiving a return on their investment, the pace didn’t slow and within a few hands of Guo’s exit, Ryuichi Utsunomiya followed suit. With the bubble burst and a selection of tough players standing in his way, including Malaysia’s Victor Chong, Chan had his work cut out.

But with the chip lead on his side, Chan was able to sit tight as Sparrow Cheung fell in 10th, before he sprung back into life to take out Kai Paulsen in the number nine spot. As the eliminations continued, Chan maintained his place atop of the leading chip stacks, but eventually found himself at a slight disadvantage to Chong in heads-up play.

For both players, the chip disparity was so slight that the best way to settle things was to split the remaining prize money down the middle. Although 50/50 splits are unusual, Chan and Chong were happy to carve it up and flip for the winner’s trophy.

With the terms agreed, the dealer proceeded to deal hands face-up until one player had all the chips. In the end, it took five hands for Chan to scoop the remainder of Chong’s stack and take home the biggest international win of his career.

As the confetti rained down on Chan’s breakout performance, the book was closed on the first-ever collaboration between the APT, Macau Billionaire Poker, and the Babylon Casino. After a three-year hiatus from Macau, the APT returned to the Chinese enclave in 2016, before agreeing to a five-year deal with the casino and the MBP poker room.

That partnership gave the APT a permanent home and the scope to host bigger and better tournaments in Macau. In announcing the deal back in August 2017, APT chief executive Jeff Mann said that it was a natural move, designed to benefit the tournament series as a whole.

“Put bluntly, for our next stage of growth and expansion, APT now needs a permanent base in Macau,” Mann said in a press release announcing the deal.

With Chan closing the book on the first APT Finale Macau on December 9, the organizers can now look forward to the APT Kickoff Vietnam on January 19.