Alan Goehring had been to two World Series of Poker final tables before playing in Wednesday’s $500 No-Limit Hold’em Freezeout online bracelet event. This time, Goehring, playing as “GladiusIII,” was able to seal the deal and earn his first WSOP bracelet. 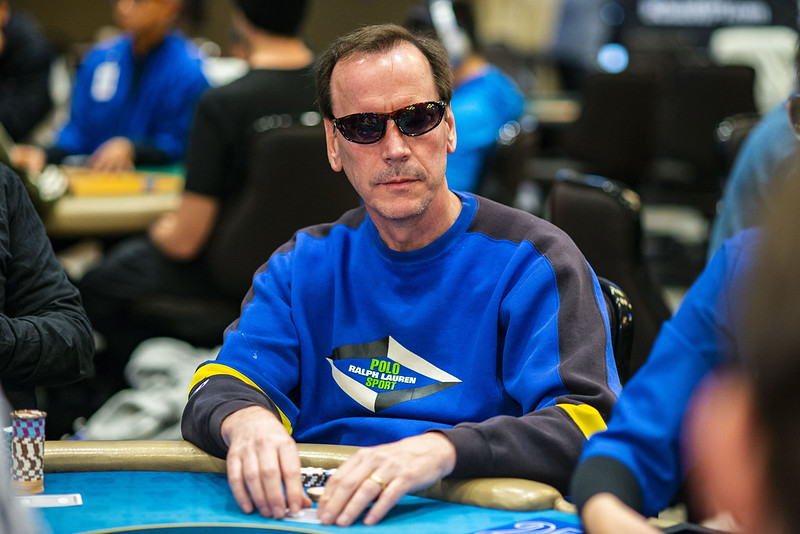 Alan Goehring shows that even old-school pros still have a place at the online tables. (Image: World Poker Tour)

Robert “bustinballs” Kuhn is off to a white-hot start in the WSOP Online Bracelet Series. Kuhn’s fourth-place finish early Thursday morning wrapped up his second final-table appearance of the series. He won his first one, picking up his first career bracelet and $115,849.76 in the $400 No-Limit Hold’em Event on July 3.

Kuhn was multi-tabling on the day he won his bracelet and also happened to win a $215 buy-in WSOP Summer Special event for an additional $21,204.

Welp tonight may have been my most surreal day ever. I won a WSOP bracelet for 115k and in addition another 21k score to add. Thank you guys so much for all the love and support tonight. This doesnt get better than this feeling and you guys were part of it! GG us pic.twitter.com/QvRlI9uhIQ

To illustrate just how hot “bustinballs” is running, he admitted before playing the PLO Hi-Lo event that he’d never played the game before and looked up the rules just hours before entering.

Kuhn has been broadcasting his events live on Twitch at https://twitch.tv/pokerguru740.

The WSOP Online Bracelet Series continues on Thursday afternoon at 3 pm PT with the highly anticipated $1,000 No-Limit Hold’em 6-Max event. Blinds will increase every 15 minutes and players will start with 20,000 chips.

Two re-buys will be allowed per player. The short-handed tables and ability to re-buy should lead to plenty of action from start to finish in this one.