New AI Could Improve on Libratus, Able to Not Just Beat Humans But Also Join Them

In the wake of Libratus, the poker bot that effectively “solved” no-limit Texas hold’em, artificial intelligence could become even more advanced if new research from an international group of computer scientists successfully decodes the mechanisms of cooperative game play. 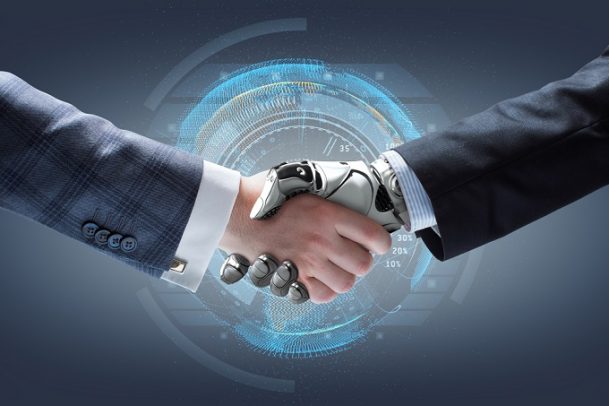 After seeing the impressive poker demonstration by Carnegie Mellon University’s Libratus in January 2017, Jacob Crandall and his team wanted to explore the cooperative aspects of game theory.

Discussing the project with New Atlas, Crandall explained that artificial intelligence (AI) must learn how to work with others when presented with a task, not simply beat them as Libratus did.

A key dynamic under review in the Prisoner’s Dilemma is whether participants opt to make a move that serves their own interests or those of the group. With the threat of a self-serving act potentially leaving the individual worse off, the dilemma is whether or not to work as a unit to achieve the best overall outcome.

“The end goal is that we understand the mathematics behind cooperation with people and what attributes artificial intelligence needs to develop social skills,” Crandall told New Atlas.

For the experiments, S# was incapable of lying, and built into the algorithm was a series of prompts known as “cheap talk.” When the computer detected cooperative behavior from its partner, it offered up positive reactions. In contrast, a dishonest action was met with scorn through phrases such as “you will pay for that.”

What the machines are learning through these games is the value of morality when working in a group as well as the benefit of encouraging cooperation. Indeed, when humans were unknowingly working with S#, their cooperative behavior increased as a direct result of the positive messages received.

What Crandall and his team hope to achieve through their research is a better understanding of human relationships in a competitive setting. From these findings, they will then work to make AI more socially adept.

Libratus was able to show us that computers are now capable of beating humans in zero-sum games such as poker. What S# will look to advance AI to the point where it can work with humans and not against us. The end result will be AI programs that can not only outthink us, but work with us to achieve the best results in any given scenario.

Lying robots, oh my, lol. We’ll just revert back to neanderthals and the robots will put us to work. Save them for dangerous jobs, space flight, very technical precise that humans can’t do. Well if you don’t use it you’ll lose it evolution tells us. Don’t crow when you start asking robots to have sex in lieu of you and your private parts fall off, well at least your last heirs will :(.

It is interesting how games like chess and poker can be helpful for the development of better artificial intelligence.
When I was reading the part about machines trying to “lie” to each other, I recalled a famous saying.
“If a machine is smart enough to pass the Turing test, it must be smart enough to know how to deliberately fail it”.

And then I recalled how a non-chess program like Alpha Zero was “taught” the rules of chess and given 4 hours to “study” by playing against itself and sorting out the “good” from the “bad” moves, and then this program defeated the best chess engine Stockfish.

A new era is approaching and I feel so cool that I am watching it.