A short bathroom line isn’t the only advantage of being a woman in poker. Your opponents tend to stereotype you as tight, passive, and easy to play against. No matter how many bluffs you run, you will most likely continue to get away with more. When you’re viewed as a non-threat, people share lots of strategic information with you. They show you their cards and tell you how you should have played certain hands (more on that later).

Because there are still so few of us, women are more likely to get invited to juicy games or receive sponsorship deals. Many professional poker players can only dream of gaining this kind of access to a stable income. While we often talk about the obstacles faced by women in poker, I’m going to show you how these challenges can increase our win rates and overall longevity in the game.

As a female poker player, your skill level will often be underestimated by your opponents. If you can leave your ego at the door, this can be a huge advantage. When players stereotype me as a “tight female player,” I earn a lot of money making people fold to my aggression. Sometimes, people will fold the best hand to me face up as a way of saying, “I’m so confident that you don’t have any bluffs in this spot, I’m willing to show the whole table my big lay down.” Against that player, I can get away with lighter preflop squeezes, more check-raise bluffs on the flop, and looser re-jams in MTTs. The list of adjustments I can make is long. Plenty of women in poker use “unconventional” plays to their advantage.

In a recent CardsChat survey, many of the 50 women who responded felt similarly. Rachelle Park, an experienced cash game player, said:

“When I make a good poker move, some of the men are surprised. They expect me to fold easily and to not make tricky moves.”

Ja-lene Clark, who has been playing poker in tournaments since 2009, expands on that:

“I don’t play professionally; I play mostly at my local casino, but I must admit I’m 58 years old, and my favorite players to target are men in their 20s and 30s. They tend to discount my abilities because of my sex/age and I have learned how to use their presumptions to my advantage.”

I’ve also had players start “coaching” me at the table after seeing me play a hand in a way they didn’t agree with. Obviously, you feel like you’re being talked down to by someone who thinks he/she has a superior skill set. While that can be hurtful, I’ve realized that trying to convince someone that I’m a well-studied player is a futile mission that only worsens my edge against the players at the table who are listening. Therefore, I simply accept this reality and use the free information for all it’s worth. I make more money by resisting the urge to protect and enhance my own ego. My new “coaches” have happily given away all the details of their own poker strategies without me ever having to reveal mine.

Kristen Brotherton, an amateur who plays in Austin, Texas, has had similar experiences:

“I think the one thing that is really sexist that no one talks about is the over-explanation of stuff like I don’t know. I once had [someone] tell me how I should have played things differently after every hand I was in. I doubt he’d do that to another man. While I appreciate he was just trying to help, I didn’t ask for it.”

Of course, not every man jumps into coaching mode, but it does happen. In fact, the same CardsChat survey revealed that 92% of female players would go as far as to say that they have experienced sexist acts or comments during play themselves, or have seen it happen to others. A disappointing statistic that’s worth acknowledging. 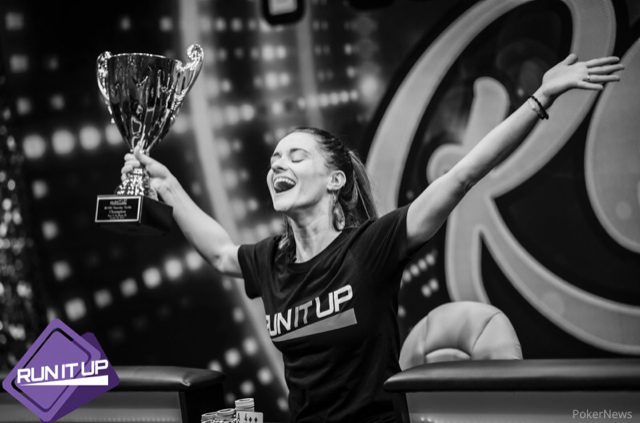 Ashley Sleeth winning the ‘$1,100 Thursday Thrilla’ tournament at Peppermill in Reno, 2019. (Image: Run It Up organization)

2. More Potential for a Stable Income

One of the most difficult parts of playing poker for a living is financial instability. If you have proper bankroll management, you’re theoretically only playing stakes that give you enough of a cushion to pay your bills (AKA a “life roll”). In reality, though, we have all probably taken shots at bigger games or didn’t drop down after a long losing streak. Many of us have weathered these storms of poker variance. They’re turbulent, unforgiving, and often discouraging. In those moments, a stable income from sponsorships or other industry-related work is a welcome life raft. Female poker players have a much better chance of getting hired for those exact jobs.

Financial security in the poker world gives us an edge that cannot be overstated. While others might have to find non-poker-related jobs to rebuild their bankrolls, we can get hired for poker-related work while we continue playing and studying until our results improve. If you’re interested, CardsChat has written a piece on how much money you can earn playing poker.

3. Playing for the Right Reason

I want to conclude this article with a bittersweet personal experience that turned out to be one of my greatest lessons in this industry. 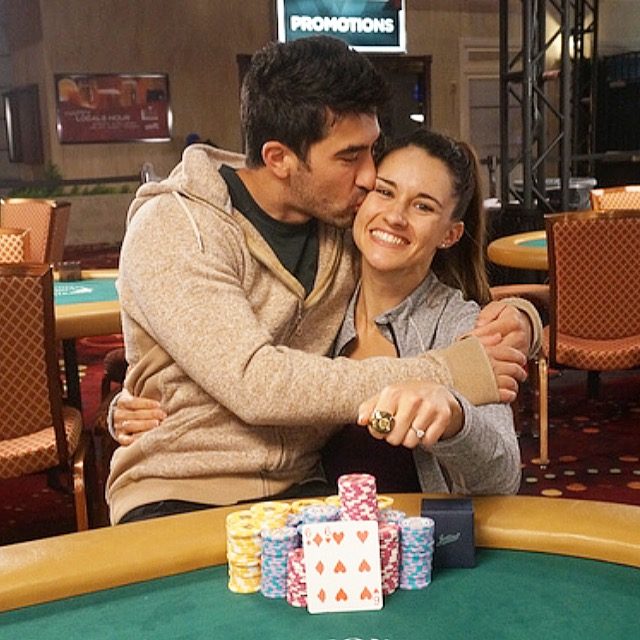 Ashley Sleeth and Jesse pictured in 2017 when Ashley won her first WSOP Circuit Ring in the $400 Turbo at the Rio. (Image: WSOP)

During my first summer playing a full tournament schedule at the WSOP, I made the final two tables of one of the first online bracelet events. My fiancé, Jesse, was so excited for me that he told the first acquaintance we ran into the next day about the deep run. This person immediately responded, “How much of it did you play for her, huh Jesse?” with a friendly “wink, wink, nudge, nudge” attitude. I was stunned. Even though his tone was light-hearted and teasing, the fact that one of my deepest runs in a bracelet event was always going to have a cloud of “ghosting” skepticism over it left me gutted.

At that moment I thought, “Even if I did win something live, how many wins would it take for people to stop calling it a fluke?” I learned right away that if I was going to pursue poker tournaments, I would have to do it for me. I would have to do it because I love the game, plain and simple.

It takes some players years of riding the poker roller coaster to learn that they don’t really love the game and they were just hoping for easy money or poker fame. These uncomfortable moments that I experienced just for being a woman, served as a natural filter. I would have stopped playing poker many times if I was only doing it for recognition or easy money. If you love the game, you don’t need everyone in the industry glorifying your skill level and you’ll have an easier time bouncing back from downswings.

If you’re a woman in the poker world, you overcome the challenges because you love the game, which gives you the biggest edge of all – resilience.

To build on your edge, you can check out CardsChat’s selection of poker strategy guides.

Written by
Ashley Sleeth
Ashley Sleeth has been a professional tournament player since 2017, after falling in love with tournament strategy and the excitement of final tables. Her YouTube channel features weekly poker vlogs and interactive live streams of online MTTs.
Share this story