The PokerStars Championship,  presented by Monte-Carlo Casino in the chic enclave on the French Riviera, hosted a €50,000 ($54.5K) Single-Day High Roller, which attracted 52 unique players, which included a dozen re-entries. In the end, it was 22-year-old Adrian Mateos of Spain, winner of the 2013 World Series of Poker Europe Main Event and EPT11 Grand Final, who defeated his competitors for the title and the €908,000 ($989,438) first-place cash. 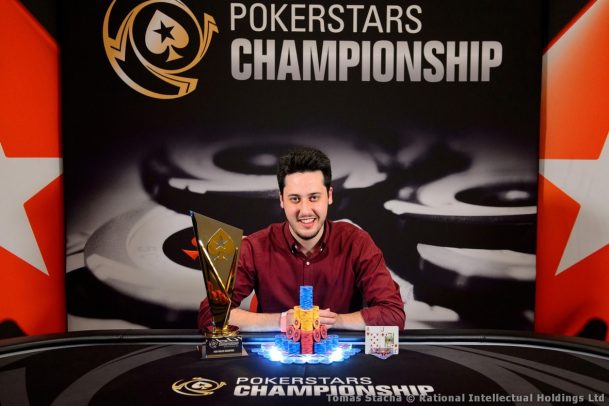 Putting Iberia on the Map

Currently ranked ninth on the Global Poker Index, Mateos brought his lifetime earnings up over $8 million with this win. That moved him into second place on Spain’s all-time money list, right behind 2001 WSOP Main Event winner Carlos Mortensen.

It’s been a hot year for Mateos, who back in January won the 888poker Super XL Series Event #13: $215 Mega Deep for $34,524. Another accolade for the young phenom came in 2015, when his EPT11 Grand Final win earned him a European Poker Award for “Tournament Performance of the Year.”