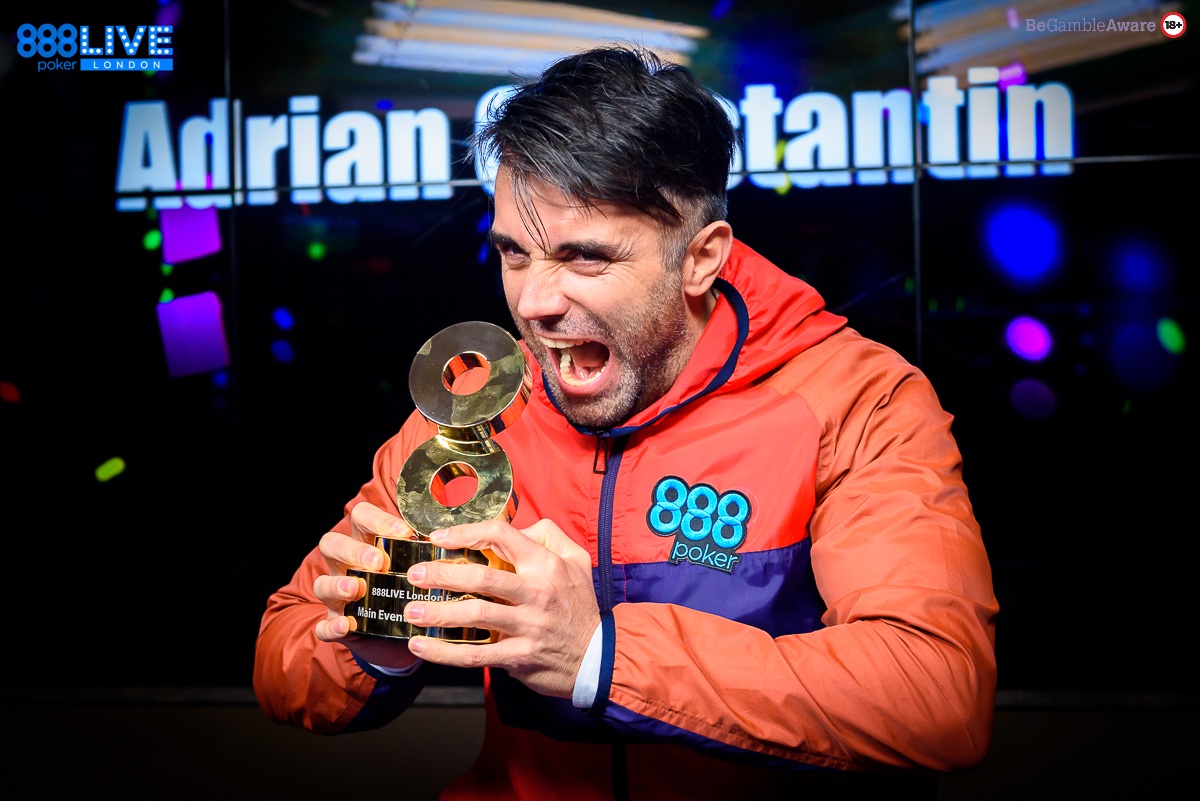 The Romanian player anted up inside Aspers Casino Stratford this week after qualifying online for $36.

Underdog Comes Out on Top

Heading into the final table on Dec. 2, the online qualifier held the second-smallest stack. However, with a significant return on his $36 investment already guaranteed, he played like a man without fear.

Stealing the third pot of the finale with a complete bluff, Constantin started as if he intended to go on. Pinching pots when possible, he stayed afloat as those around slipped.

After Bhavin Khatri, Jose Echevarne Gomez, and Valdir Cordeiro dos Santos were sent to the rail, Constantin caught his big break. Securing two double ups in quick succession, it wasn’t long before he was putting pressure on the chip leader, Manuel Bueno.

Down to three, Bueno relinquished his lead, but looked to salvage something by proposing a deal. Obliging the request, Constantin and British pro Leon Lewis ran the numbers.

An ICM split prompted a discussion, but hopes of a deal were soon dashed. Within minutes of the restart, negotiator Bueno dusted off the rest of his stack.

Flopping trips with Q♥6♠, the German moved all-in on the turn. With the board showing 6♥6♣5♠9♠, Constantin called with 8♦7♠ to scoop the pot with a straight after the 2♥ fell on the river.

Now comfortably in the lead, the 888poker qualifier was happy to revisit a deal. Again, however, talks broke down, and the final two resumed their quest for the title.

As the seasoned pro, Lewis was able to maneuver himself into the lead. At one point, the Brit had almost 90 percent of the chips in play, but not even that was enough to seal the deal.

Putting in a performance Chris Moneymaker himself would be proud of, the Romanian clawed back his chips. As hour 14 of the 888poker Live London finale dawned, Constantin finally got it done.

Making it to the river with A♣J♥, the champion to-be called his opponent’s all-in without hesitation. With the board showing A♥K♥Q♦4♣T♦, Lewis was strong with Q♣4♠, but it wasn’t enough to beat Constantin’s straight.

With that, Constantin became the latest 888poker Live champion. In addition to turning  $36 into more than $129,000, Constantin will travel to Las Vegas in 2020 where he’ll look to do it all again courtesy of a $12,500 WSOP prize package.

This is the dream we all have. Turn a satellite into a big score. Congrats on the win and I hope this encourages other players that the dream is still alive.

Awesome story !!!!Everyone would want to achieve this someday , very small investment very big reward:) Congratulations to him and good luck for his next games 🙂