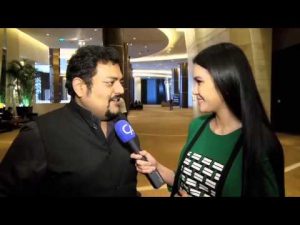 Adda52, the online poker site based in India, has called time on its live tournament partnership just one year after linking up with Rockets Poker Room.

The largest online poker room in India decided to branch out into the live tournament arena back in July 2015. Working with Rockets Poker Room in Bangalore, Adda52 kicked things off with Adda52 LIVE which offered a series of low-stakes tournaments and a total prize pool of $12,500.

According to Gutshot Magazine, Adda52’s association with the live poker room was extremely popular thanks, in part, to 100X guarantees on many of its sponsored events.

Despite this relative success, sources close to the situation, including Calvin Ayre, have suggested that the departure of Praveen Dwarkanath, one of the operating partners at Rockets Poker Room, caused the relationship breakdown.

Although there has been no official statement on the matter from Rockets, Online Poker News has stated that Adda52 has decided to put its contract renewal on hold until the management situation at the live poker room is resolved.

Regardless of its deal with Rockets Poker Room, Adda52’s CEO Anuj Gupta has stated that his company will continue to operate in Bangalore as well as explore other opportunities across India.

“We are exploring what is the right way to provide the best live experience to poker players in Bangalore and other cities,” said Gupta.

Evidence of Adda52’s desire to expand its online and live operations came back in April when it agreed to a licensing deal with the World Poker Tour (WPT).

As part of the deal, Adda52 will get access to WPT branding and, importantly, the ability to offer seats to WPT events around the world.

According to Adda52.com, there are currently 800,000 registered players on the site which, if true, means a large new market of players for the WPT to tap into.

Conversely, the deal will also benefit Indian players as the deal with the WPT will give them exclusive access to some of the top live events on the poker circuit.

It seems to be a case of one door closing and another one opening at Adda52 at the moment.

While the WPT deal is yet to gain any serious momentum, it appears as though the site is willing to make some bold moves in an attempt to boost its own profile and that of poker in India as a whole.