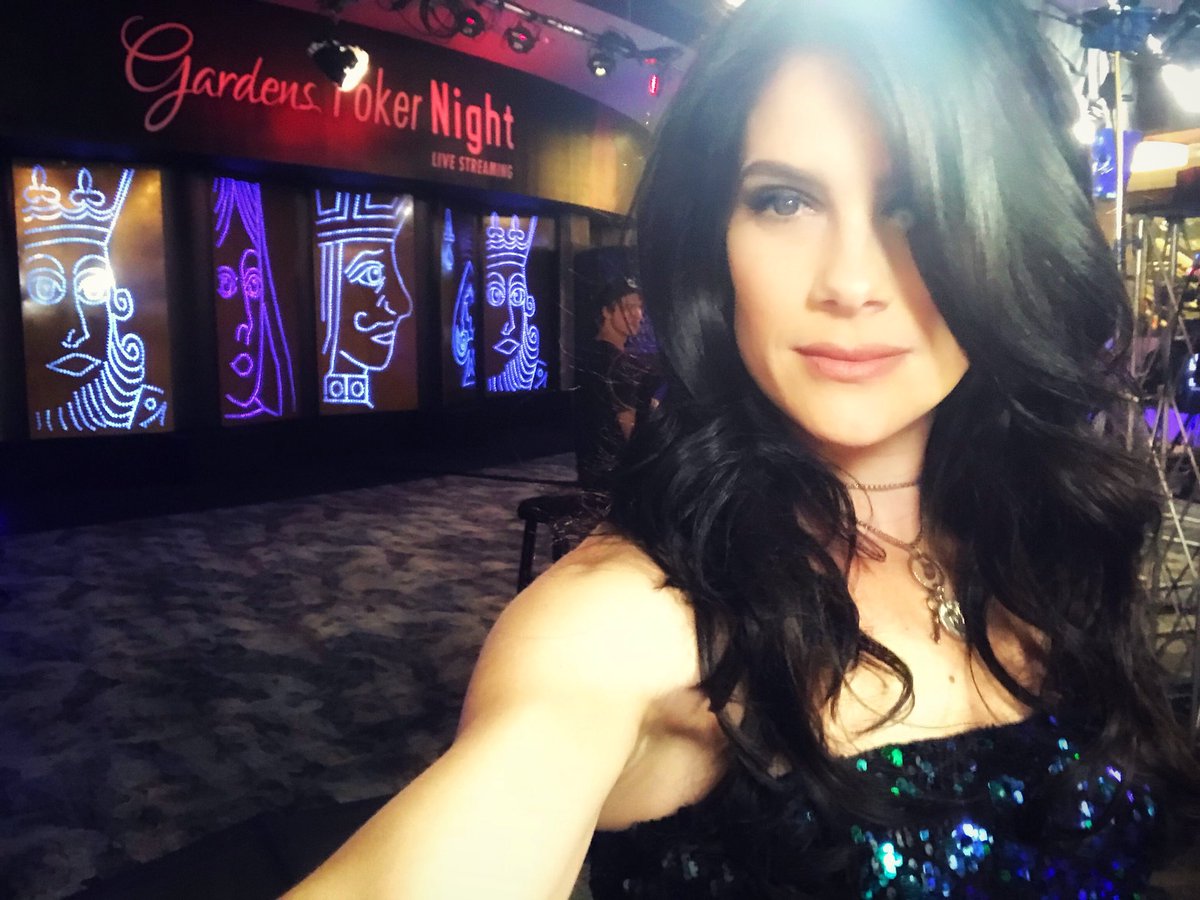 If you tuned in to CBS Sports Network last night, you may have seen the debut episode of “Poker Night Live,” another celebrity-centric live poker show hosted at the Gardens Casino, in California.

Michelle briefly appeared on that show as a host providing occasional commentary. “Poker Night Live,” much like “Poker After Dark,” is centered more around the action and sounds at the table than the announcer’s commentary.

But her role on “Gardens Poker Night,” which will air live on Twitch weekly, Wednesday to Friday beginning at 5 pm PT, will be quite different.

When the action begins Wednesday night, Michelle, voted as one of Maxim’s Top 20 Hottest Celebrity Poker Players multiple times, will be as much a star of the show as the players at the table.

Michelle told CardsChat she will also serve as the Director of Programming and Producer for “Gardens Poker Night.”

“Over the next 13 weeks I have an array of all-original programming planned, featuring celebrities, poker pros, Ladies Nights, and casino high stakes games,” Michelle said.

The livestream will last for two hours on Wednesday and Thursday nights, and four hours on Friday nights.

Poker fans interested in watching the new show can expect both “entertaining and educational poker content for a variety of skill levels,” she said.

Michelle, 33, wasn’t hired just for her communication skills and laddie mag resume. She also has some legitimate poker chops.

After serving as a columnist and an on-air poker reporter for Bluff and PokerNews, in 2008 she made a deep run in the WSOP main event, finishing in 17th place, just eight spots from the final table, for $334,534 and the honor of being “last woman standing.” She parlayed that into being a sponsored pro for Ultimate Bet for several years before going on a stretch of reality TV competitions.

She appeared with Ho, a fellow last woman standing in the WSOP main event, on the Emmy award-winning 15th season of The Amazing Race, and in 2012 made it to the final three on Bobby Flay’s Worst Cooks in America.

That same year she also played Dealer #1 and a character named Delanie on Days of Our Lives, and in 2014 played the villainous Scarlett Kane on the soap opera DeVanity.

Now, just a few clicks away from hosting a celebrity poker show in her hometown, she’s come a long way with her career at the felt in in front of the camera. But we aren’t sure if her cooking has improved, however.

I think we need to rally around Cardschat’s very own dakota-xx and get her on one of the ‘Ladies Nights’. Can someone get ahold of Tiffany about this?

With Michelle I can play strip poker anytime all night long…. lol