The 2017 Academy Awards, aka  the Oscars, were a hot button item among poker players on social media on Sunday evening, as the ceremony played out. Many pros chimed in on Twitter to discuss the show’s epic final blunder, the winners, and, of course, the politics of Hollywood’s glitterati. 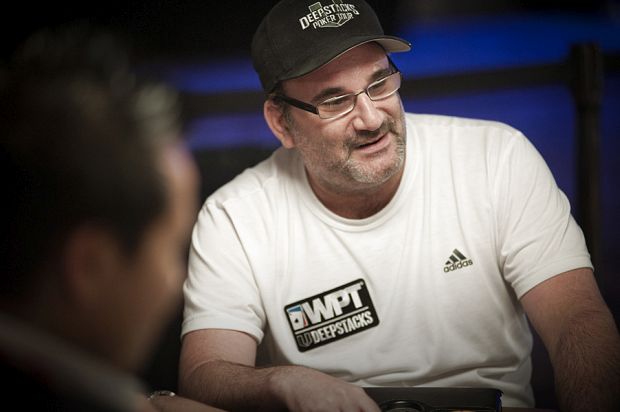 The always outspoken Mike Matusow had some harsh criticisms of the 89th Academy Awards, referring to the awards show as “racist” without giving much of an explanation as to why. (Image: pokertube.com)

The usual suspects were the most vocal, including Mike Matusow, Vanessa Selbst, and Scott Seiver. And, as to be expected, the Trump supporters and non-Trump supporters disagreed on virtually everything.

Comedian Jimmy Kimmel hosted the 89th Academy Awards. It was the first time the host of Jimmy Kimmel Live on ABC had ever taken on the momentous task of balancing humor and appropriateness for this annual Hollywood ode to its own. Comments from poker land on his performance were mostly positive.

But that’s about where the positivity ended. Matusow attacked the Academy for being “racist” and attempting to start a “race war,” while Selbst questioned the purpose of certain categories.

“Sound editing? Film editing? WTF. How does anyone know if it was an original masterpiece or huge piece of sh*t w brilliant editing,” she asked on Twitter.

Awards were given to the movie with the Best Sound Editing (Arrival) and Best Film Editing (Hacksaw Ridge). Many players were confused as to how anyone could possibly know how well a movie was edited. Scott Seiver, a regular in super high roller tournaments, explained to another Twitter user Selbst’s point.

“I think she means when you see the finished product you can’t know what it was before, you don’t know what changed,” he responded to another poster, who asked Selbst to elaborate. In reality, in all but a few central categories, only those with such knowledge in the industry are allowed to vote in those more specific categories.

The Mouth Lives Up to His Moniker

One day after proclaiming he had his first “blow up in 10 years,” after busting out of the WPT L.A. Poker Classic Main Event, Mike Matusow had one on Twitter. This time, it wasn’t due to a two-outer on the river. You can blame the “f*cking libtards” for this one, as The Mouth referred to them.

The social media eruption surrounded the moment when Bonnie and Clyde actress Faye Dunaway mistakenly announced the movie La La Land as the winner of Best Picture, the final award of the night. Members of the cast walked on stage to accept the trophy before the disastrous mixup was revealed, caused by an internal error on the part of vote accounting firm PriceWaterhouseCoopers.

Through no fault of her own, Dunaway pulled a Steve Harvey, and announced the wrong winner off of fellow presenter Warren Beatty’s card. With La La Land actors and producers on stage giving acceptance speeches, it was the movie’s producer Jordan Horowitz who let the crowd know that Moonlight was the real winner and that a mistake had been made.

But Matusow wasn’t buying it.

“Anyone really think the best picture was a mistake needs to wake up! This was another racially dividing decision by radical left,” he posted on Twitter, without offering an explanation to support his claim. And The Mouth didn’t stop there. Perhaps, still fuming from his rough ending at the LAPC, Mike continued his verbal assault on those who shared opposing political views.

“All #Oscars are racist trying to start race wars this is a set up of epic proportions!! F*cking libtards are a disgrace,” the poker player wrote.

Matusow got his nickname for a reason, and this is it: he doesn’t hold back.