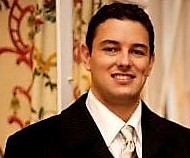 Scott Tom ended his long run from the law on Thursday, walking into a Manhattan courtroom to face charges levied against him back in 2011.

The former fugitive, who is accused of crimes including violation of federal internet gambling and money-laundering conspiracy, pled not guilty and was released on $500,000 bail following the preliminary hearing.

Defense lawyer James Henderson told reporters after the hearing that the citizen of Saint Kitts and Nevis wants to “just get this behind him” and move on with his life.

“There’s going to be a resolution in this case quickly,” Henderson said, hinting he is negotiating a plea deal.

One of Black Friday 11

April 15, 2011 was one of the darkest days for online poker players and companies, as the federal government cracked down on the entertainment enjoyed by tens of thousands. The websites for Full Tilt, PokerStars, Absolute Poker, Ultimatebet and UB.com were seized and assets of customers were frozen.

The US Southern District of New York brought indictments against Tom and 10 other people, including Isai Scheinberg, founder of PokerStars, as well as officers of Full Tilt. Prosecutor Preet Bharara contended that these individuals had violated the Unlawful Internet Gambling Enforcement Act (UIGEA) and engaged in bank fraud and money laundering.

Congressman Barney Frank, a poker enthusiast, criticized the Department of Justice, telling The Hill at the time that the DOJ was more concerned with prosecuting poker site operators than with those responsible for the mortgage crisis and subsequent financial collapse that led to the recession of 2008.

Rags to Riches to Fugitive

Tom started the groundwork for Absolute Poker in the late 1990s with fellow frat brothers at the University of Montana. Internet poker was in its infancy and the college students thought they could produce a better product than what was being offered at the time.

The group moved to Costa Rica and created the poker site. Their hunch was correct and they saw the company turn into a billion-dollar empire. The multimillionaires decided to then sell the business to Tokwiro Enterprises in 2006.

Then in 2007, the company was rocked by a cheating scandal, as players accused the corporation of fraud. A band of amateurs discovered an account that was able to see player’s hole cards and used the information to take thousands of dollars from unsuspecting rounders.

About the same time, the US government began to take an interest in online poker and began to build a case against the top providers of the game. That led to the indictments against Tom and others.

The 37-year-old had been living in Antigua, and after six years as a fugitive, decided to voluntarily turn himself into authorities. With the crimes he is alleged to have committed, Tom could face decades in prison, but his brother-in-law, Brent Beckley, who oversaw payment processing at Absolute Poker, received just a 14-month sentence in 2012. Tom was one of two of the original 11 charged in Black Friday to surrender. Scheinberg is the lone holdout, and has expressed no interest in returning to the United States.

Its funny or really sad, I prefer with the later how many people have profited illegally from poker & stealing players money fraudantely. Scheinberg is a coward and knows he stole and profited from innocent people, he should face up.

I never got any of my funds back from Absolute or Ultimate .What happened to the cash in our player accounts ?

TO: ABSOLUTE POKER PLAYERS WHO WERE VICTIMS OF ABSOLUTE POKER’S FAILURE TO RETURN FUNDS
PLEASE READ THIS ENTIRE NOTICE. IT IS TIME-SENSITIVE AND MAY AFFECT YOUR LEGAL RIGHTS. IF YOU SATISFY THE ELIGIBILITY CRITERIA DESCRIBED BELOW, YOU MAY BE ENTITLED TO PAYMENT. YOU CAN ALSO VISIT http://WWW.ABSOLUTEPOKERCLAIMS.COM FOR ADDITIONAL INFORMATION.
I. Purpose of this Notice
The purpose of this Notice is to inform you that you may be entitled to receive a distribution from assets forfeited by PokerStars, Full Tilt Poker, and Absolute Poker (the “Fund”), which resulted from the settlement agreement resolving allegations in the amended civil forfeiture complaint in United States v. PokerStars, Full Tilt Poker, Absolute Poker, et al., 11 Civ. 2564 (LBS), in the United States District Court for the Southern District of New York (the “Action”). You must complete the online Petition filing process in accordance with the steps in this Notice in order to be potentially eligible to share in the distribution from the Fund.
This Notice is being sent to all potentially eligible victims of the fraud who have been identified by Garden City Group, LLC (“GCG”), the Claims Administrator retained by the United States, utilizing data supplied by Absolute Poker. As explained in greater detail below, Petitions for Remission must be completed online through the administration website at http://www.AbsolutePokerClaims.com.
THE DEADLINE TO SUBMIT A PETITION FOR REMISSION IS JUNE 9, 2017. IF YOU FAIL TO SUBMIT A TIMELY AND COMPLETE PETITION FOR REMISSION, YOU WILL BE BARRED FROM RECEIVING A PAYMENT FROM THE FUND. WHEN FILING ONLINE, YOU MUST USE THE NUMBERS BELOW IN ORDER TO BEGIN THE PETITION PROCESS: