It had been several years since JACK Cleveland Casino, formerly Horseshoe Cleveland, hosted a major poker event. That changed this weekend with the $1,100 buy-in MSPT Cleveland Poker Open, which wound up generating the largest tournament field and prize pool in Cleveland history. 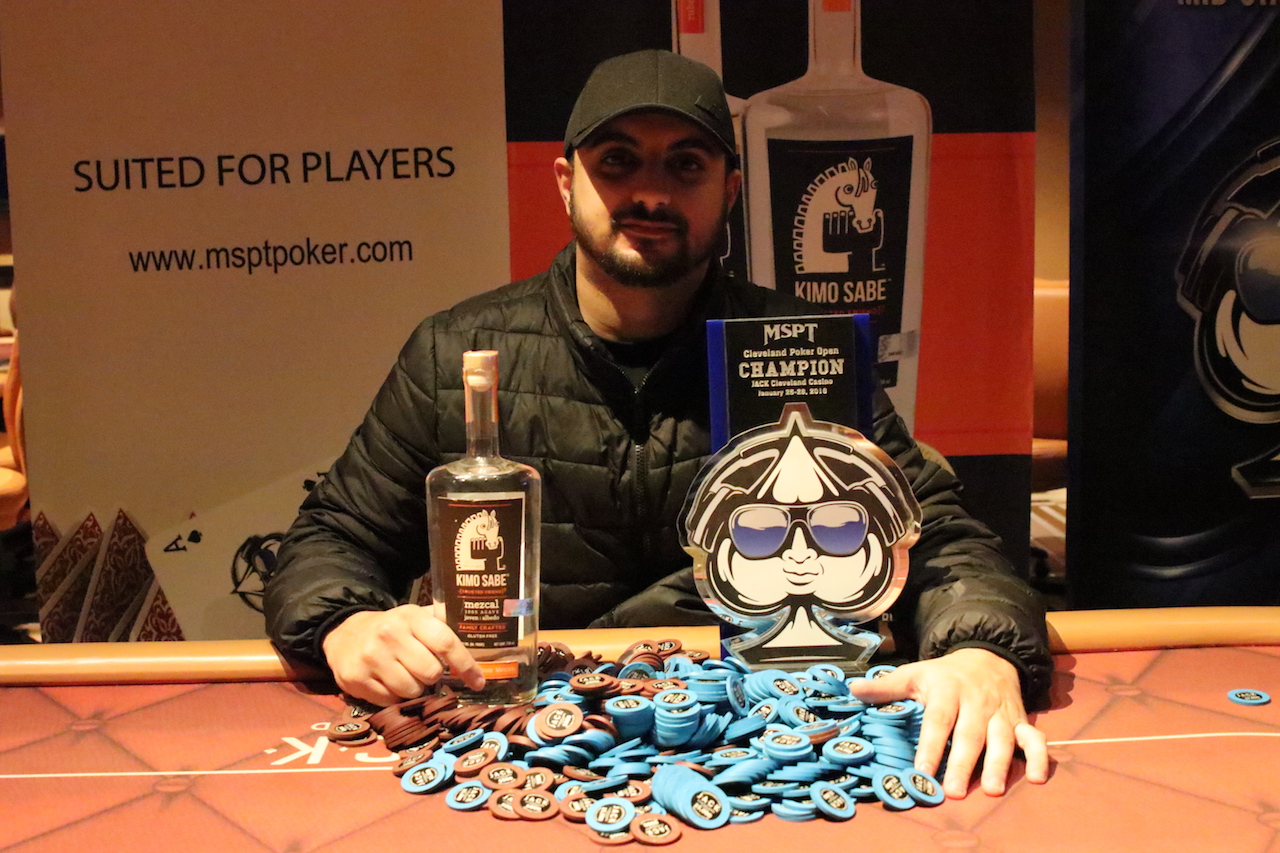 Amer jested that a few bookies would be happy to learn about his newfound disposable income after the big win. (Image: MSPT)

The tournament drew 581 entries to create a $581,000 total prize pool. It also marked the MSPT’s first Main Event of Season 9 and their first-ever stop in Ohio. On Sunday night, 34-year-old Abdul “Dulie” Amer of Columbus, Ohio, finished as the last player standing to win $118,350.

“I haven’t scooped a tournament in forever, just always get deep but hard to break through, especially in these bigger ones with good players,” said Amer, a married father of two.

He joked when asked about what he’ll do with his first six-figure score. “It’ll take care of about $50K to bookies, I’m a big sports gambler,” he said.

In the tournament, Amer actually began heads-up play down 2-1 in chips against Buffalo’s Dan Wagner. Over the next few hours, they battled back-and-forth battle and exchanged the chip lead several times before things came to a head in Level 33 (100,000/200,000/30,000).

“Blinds were big, I know he’s going to shove with any ace,” Amer said when asked about why he decided to take a shot in the last hand. “He shoved earlier with queen-jack, so I know he’s a capable player.”

Two other interesting storylines played out at the final table. Minnesota’s Brian Berthiaume was at back-to-back Main Event final tables after finishing fifth in December’s MSPT Season 8 finale at Canterbury Park. Unfortunately for him, he lost a race with A♠Q♦ against the 6♣6♠ of MSPT Season 8 FireKeepers champ Mike Shanahan. The board ran out K♦5♠5♥K♠2♣ and Berthiaume had to settle for eighth place and $13,526 in prize money.