Ryan Depaulo burst onto the poker scene with the biggest score of his career in the $400 No-Limit Hold’em Colossus at the 2019 World Series of Poker. He finished third, earning $208,643. But it was back in January 2018 that Depaulo, the self-proclaimed “degenerate gambler,” started his journey by making his first upload to his Ryan Depaulo: Degenerate Gambler YouTube channel. 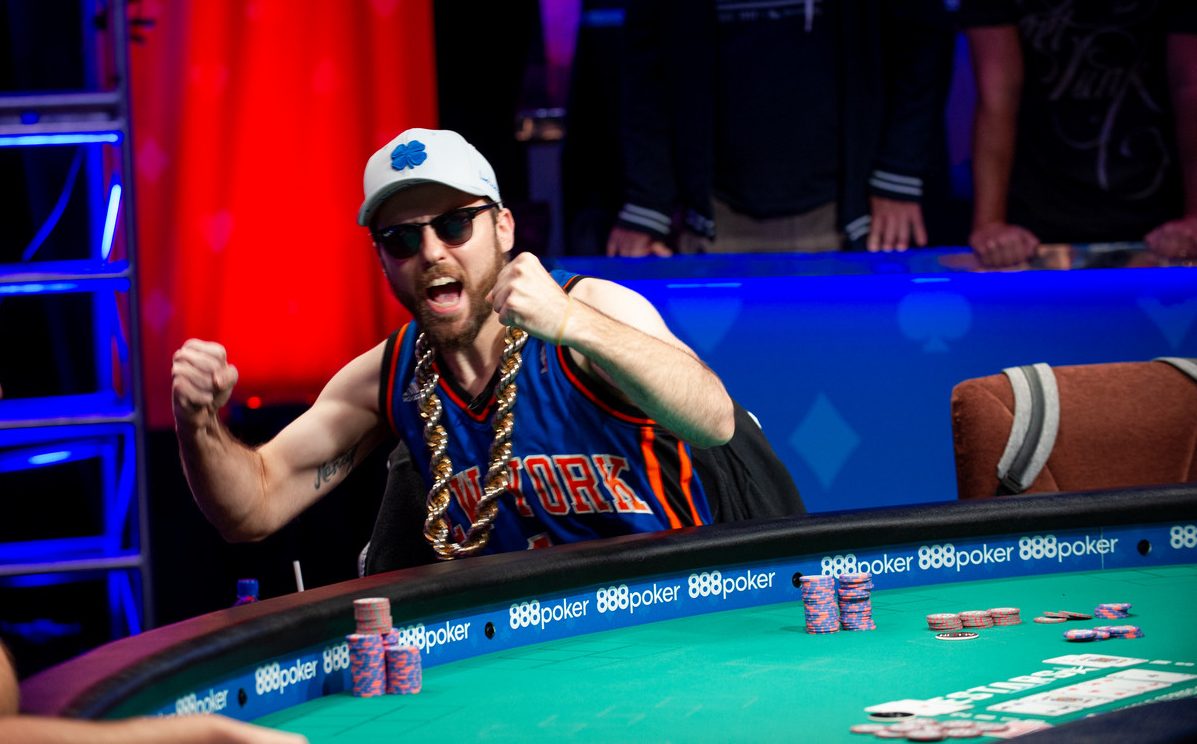 Ryan Depaulo during his 2019 run in the WSOP Colossus event (Image: Tomas Stacha/WSOP.com)

Depaulo’s channel currently has more than 53,500 subscribers and over 8 million total page views. Unlike more traditional poker vlogs by players like Brad Owen and Andrew Neeme that focus almost primarily on poker hands and strategies, Depaulo takes a different path.

His videos follow him and his friends through gambling adventures from poker tournaments to slot machines to roulette wheels. The channel also has a heavy dose of humor sprinkled throughout with sound effects, graphics, and running bits like Depaulo’s “parkour” jumps that hardly get off the ground.

Another running bit on the channel is cataloging how unlucky Depaulo’s friend, Joey “The Mush,” is at betting. It’s the genesis behind Depaulo’s WSOP handle, Joeyisamush; a handle that’s been high on the leaderboard in each of the last three WSOP Online series events.

In true degenerate fashion, Depaulo won the first WSOP bracelet of his poker of his career while parked outside a Whole Foods in New Jersey. Event #13, a $500 No-Limit Hold’em bracelet event held last Sunday, generated a prize pool of $1,092,050 with 1,624 unique players and 2,407 total entries. The bulk of that prize pool was delivered to Depaulo when he took down first place for $159,563. In his most recent YouTube upload, he captured the moment for his vlog.

By Monday afternoon, Depaulo had secured a new location from which to play the $1,500 No-Limit Hold’em High Roller Freezeout, this time firing up his laptop from the comfort of a friend’s place. But while his surroundings changed, his ability to run deep did not; Depaulo finished 23rd out of 649 entrants to secure a $6,381 payday.

Through both of these events, Depaulo proved to have quite a loyal fanbase. His fans were out in full force in the chatroom on Jeff Platt’s Twitch stream leading up to the final table, and on the official WSOP Twitch stream during his bracelet run into early Monday morning. During Tuesday’s $3,200 No-Limit Hold’em High Roller event, the fans got another impressive encore.

Depaulo happened to be seated at the same table as Matt Berkey on Tuesday. Berkey has been live-streaming every WSOP event on his YouTube channel, Solve For Why, and his channel saw a massive influx of active viewers and chat activity with Depaulo at his table. When Berkey was eventually eliminated, these fans made their way over to Platt’s stream when it kicked off at 10 pm PT.

Now playing from the comfort of his own hotel room, Depaulo joined Platt’s chatroom. He sent more than 30 messages while over 2,000 active fans followed along on the digital rail. In the biggest highlight of the stream, Depaulo eliminated Chris Ferguson (Camdi) on the stone-cold bubble when Jesus’ A-K failed to out-race Depaulo’s pocket 10s. The chatroom was overflowing with comments, including a jab from Depaulo himself; “[Ferguson] is here, but he can’t figure out how to make a username.”

Depaulo also said during his third straight deep run that “if you guys saw my hole cards, you’d never fold to me again,” and “I gotta stop chatting, but I love you all too much.” He would eventually finish in 16th place for $11,459.