Hard to believe, but another World Series of Poker Main Event has wrapped up, and that’s a wrap as well for WSOP 2016 altogether. Before we stick this one in the archives, lets’ look back at some of the highlights of this year’s Main and what made it unique. 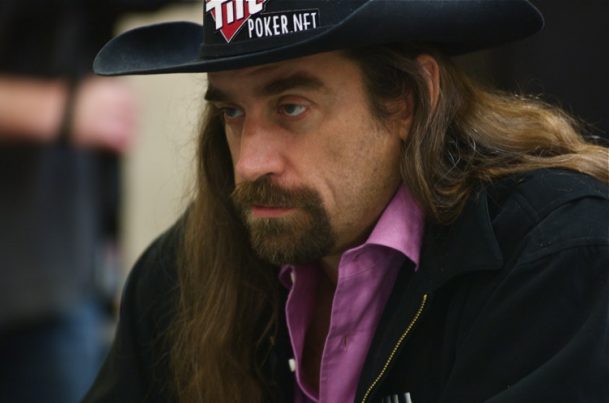 Chris “Jesus” Ferguson entered the 2016 WSOP Main Event for the first time since 2011.  He did not cash, nor did he win over many detractors. Nor did he seem to care. (Image: alchetron.com)

The 2016 WSOP Main Event began in July with 6,737 players hoping to become the next world champion. It became the largest Main Event field since 2011, and the fifth-largest since the tournament began in 1970. Not bad for a game that naysayers have concluded is on the decline.

On Day One, the top players in poker, along with celebrities and amateurs, ponied up $10,000 to enter the world’s most prestigious annual poker event.

Comedians Ray Romano and Brad Garrett joined the fun. Athletes such as Brad Lidge and Richard Seymour tested their poker skills against the best in the world.

In the end, this high stakes tournament with an $8 million 1st place prize went to a baccarat enthusiast. Qui Nguyen, a 39-year old Las Vegas resident, was the last man standing on November 1. He defeated Gordon Vayo in a nine-hour heads-up battle that, at one point, made viewers wonder if it would ever end.

Nguyen was a surprise champion. Not only was this the first time he’d entered the Main Event. It was also the first time he had cashed in any major tournament. He’s a low stakes cash game player who had just $50,000 in live tournament winnings before his WSOP takedown.

But he put on a clinic at the final table, brushing off a two-time bracelet winner (Cliff Josephy) and other experienced professionals. During heads-up play, he was the aggressor, consistently putting pressure on the passive Vayo. In the end, he won the bracelet, and is now the world champion, dethroning Joe McKeehen.

Chan drew some attention from the media and poker fans on Day Five, as he attempted to make a run at his third world title. But he ran into some bad luck and was eliminated.

Ryan Reiss, the 2013 champ, busted on Day Four, leaving Chan and 2004 winner Greg Raymer as the final remaining former champs in the field. Raymer, making his third career deep run in the Main Event, was eliminated later in the day in 122nd place.

The major story line during the first few days of the Main Event was the return of Chris “Jesus” Ferguson and Howard Lederer. Both had already competed in WSOP events prior to the Main Event for the first time since 2010.

Their presence in the tournament didn’t sit well with many players. One player at Lederer’s table let him know that him being there made her sick to her stomach. The former Full Tilt Poker executives each busted on Day Three without cashing.

Defending champ Joe McKeehen also was left without chips on Day Three, when his pocket aces were cracked by Anthony Zinno. McKeehen will no longer have to worry about people lashing out at him for refusing to accept his role as a poker ambassador. That’s Qui Nguyen’s task for the next year.

I THINK CHRIS SATAN FERGUSON SHOULD BE BANNED FROM EVERY CASINO IN THE WORLD..AND HOWARD THE WANNA BE PROFESSOR LEDERER…THOSE GUYS WERE IN A PONZI SCHEME THAT DESTROYED LIVES AND BANK ACCOUNTS…THIEVES…THE LOT OF EM…HOW IS MR.BITAR..THE FULLTILT GUY THAT EMPLOYED SATAN AND THE WANNA BE…THOSE DUDES ARE LAME

YOU GOT NO HEART MR.BITAR…..GREEDY BASTARD