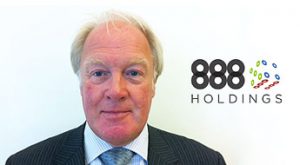 888 Holdings’ Brian Mattingley: “[PokerStars] would make all of us work much harder and it would expand the market. I would much rather have a small slice of a large pie, than a big piece of a small pie.” (Image: flushdraw.net)

888 Holdings CEO Brian Mattingley has said he would welcome PokerStars into a regulated US market and that the involvement of the world’s largest poker site would be good for poker. It’s a perhaps surprising remark at a time when many of PokerStars’ competitors are desperate to freeze  the popular site out of the regulated US markets.

In an interview with The Las Vegas Review Journal, Mattingley, whose company operates the WSOP.com online poker platforms in Nevada and New Jersey in partnership with Caesars Interactive Entertainment, acknowledged that PokerStars’ return to the United States would be like “unleashing an 800-pound gorilla into the market,” but believes that its presence would grow the market exponentially.

“We compete with PokerStars throughout Europe,” said Mattingley. “They are a formidable competitor. But they would make all of us work much harder and it would expand the market. I would much rather have a small slice of a large pie, than a big piece of a small pie.”

Mattingley says online poker operations suffer in the newly regulated markets, because many people still access illegal sites and that the PokerStars brand, fully licensed in the US, could be enough to bring those players back to the regulated market. Millions of American poker players were loyal to PokerStars, and its now sister company FullTilt, before it was forced to pull out of the US following federal indictments, and many of them remain nostalgic for the software. Furthermore, PokerStars’ sizeable marketing budget would help grow the popularity of the game, creating new TV shows and poker tours, for example.

It seems some people agree with Mattingley. Following the news of PokerStars $4.9 billion sale to Canadian firm Amaya Gaming, which may or may not pave the way for a return to the US, Fitch gaming analyst Brian Bertsch said PokerStars would be “a formidable competitor” but could also breathe new life into the market and facilitate legislation in new states.

“PokerStars’ database and brand recognition among poker players could lead to faster ramp-up in these newer markets and may reinvigorate markets where online poker is already legal, if these states reconsider PokerStars’ application,” said Bertsch. Fitch has called the Amaya / PokerStars deal a potential “game-changer”.

However, PokerStars will still have to negotiate the “bad actor” clauses which are a dominant feature of the new legislation, from California to New Jersey. “Bad actors” are those operators that continued to accept American players after the Unlawful Internet Gambling Enforcement Act ruled it illegal to do so. Mattingley says that, while he doesn’t like bad actor clauses, it’s probably too late to change the language of the legislation. However, he fully believes that the Amaya buy-out should mean that PokerStars be allowed to re-enter the US.

Am I missing something here? Does 888 accept US players?

Yes, you can sign up at 888 and deposit from any state, but you can only play while you are in New Jersey.