After several incarnations of the online Super XL Series, 888poker pivoted in 2017 by introducing the XL Inferno, XL Eclipse, and XL Championships. The first of those started playing out last weekend, and has already awarded millions in prizes. 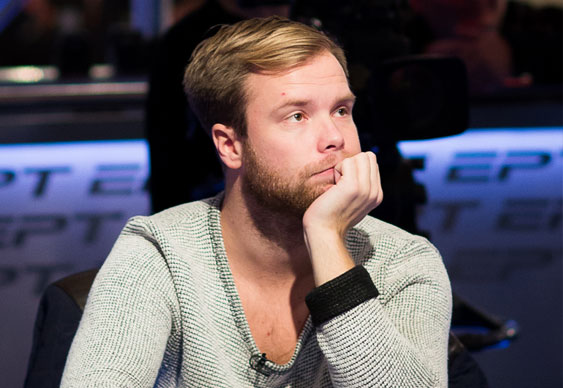 Robin Ylitalo has nearly $1.8 million in live tournament earnings, but he’s also a beast online. This week he added an 888poker XL Inferno title to his resume. (Image: BluffEurope)

The biggest highlight of the entire XL Inferno Championship thus far was Tuesday night’s Event #126 $400,000 Super High Roller Chip-In, which attracted 162 entries. That created an $810,000 prize pool, and since the tournament was one of three designated as “Chip-In,” all $32,400 in fees were donated to Raising for Effective Giving’s (REG) Global Poverty Charity Portfolio.

In the end, the showdown was between the UK’s “spud_gun888” and Germany’s “Kannwas.” A week earlier, the latter had finished runner-up to Anton “anteen” Bertilsson in Event #36 $2,100 XL Inferno High Roller for $85,800, and now he had a shot at redemption in yet another High Roller faceoff.

Unfortunately for him, it was déjà vu, as he once again came up one spot shy. In the final hand, “Kannwas” bet second pair on the river, only to have “spud_gun888” move all in. “Kannwas” opted to call off and that was it as “spud_gun888” held the winner with tens and sixes.

Here’s a look at some other notables who’ve captured XL Inferno titles of late:

The XL Inferno runs five more days of action, culminating on Sunday May 21 with the $1,050 buy-in $1.5 million GTD Main Event.