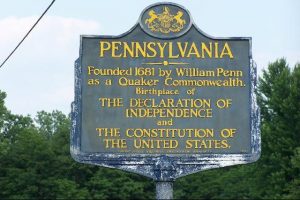 888poker and Mount Airy Casino Resort will be among the first companies to offer online poker once Pennsylvania is regulated. (Image: J. Stephen Conn/ Creative Commons)

888poker’s growing dominance in the US took another step forward this week after it announced a new deal in the as yet unregulated state of Pennsylvania.

Already active in the three US regions where online poker is legal, 888poker will now extend its reach thanks to a new business relationship with Mount Airy Casino Resort.

Although online poker is still unregulated within Pennsylvania, the deal will give 888poker a head start on its rivals when the legislators finally put pen to paper.

As part of the agreement, 888poker will provide software services to Mount Airy through its All American Poker Network.

On top of this partnership giving 888poker a head start in the state, it also means Mount Airy will be poised to beat its rivals into the virtual arena once iGaming is given the green light.

As it stands, 888poker already has a base in Nevada, New Jersey and Delaware and if it can open a new portal in Pennsylvania it will be one of the largest operators within the US.

As well as offering its own branded sites, 888 provides network and software services for live casinos in each regulated state; a dynamic which makes it one of the most influential companies within the US industry.

According to the terms of the deal, the partnership between 888poker and Mount Airy is non-exclusive, which means the former will be able to link up with other companies in Pennsylvania should it wish to do so.

As well as being one of the first online poker operators to go live in Pennsylvania if and when the market goes live, 888 will also be set to provide casino games.

Through its network, the company has a range of igaming options, which means Mount Airy will benefit from a complete suite of games when regulation is passed.

Although 888poker is ready to start accepting bets, Pennsylvania is quite as ready. As it stands, the state hasn’t regulated the industry; however, the current signs are extremely positive.

A recent hearing on April 16 went positively after industry representatives outlined how online gaming is well regulated in Europe and parts of the US.

According to reports after the fact, Pennsylvania’s House Gaming Oversight Committee was receptive to the arguments and saw a lot of value in the proposed bill, H.B. 649, submitted by Rep. John Payne. While some are hopeful a law will be passed before the close of 2015, the overwhelming verdict from many insiders is that it’s now a case of when, not if, Pennsylvania will be regulated.

If these predictions are correct, the 888poker will play a major role in the early stages of the fledgling industry.