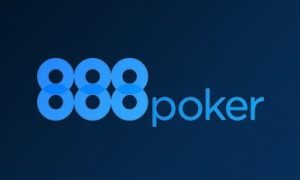 Players can win up to $1 million on 888poker, if they can continuously finish in the top 100 in a series of freeroll tournaments. (Image: 888poker)

Online poker sites love letting their players know how they can make life changing amounts of money by playing in their games.

PokerStars, for instance, has their “PokerStars Makes Millionaires” program, which points out the various ways in which players can land a prize of $1 million or more on their site.

Now, it’s 888poker’s turn to roll out a $1 million promotion with “Million Dollar Money Grab.” It’s a contest that will give players the chance to win up to that amount, though it will take an amazing combination of skill and luck for anyone to make it quite that far.

In order to work their way up to the $1 million jackpot, players will have to play in $2,000 freeroll tournaments that are being held daily on the site.

If a player wins one of these tournaments, they will not only win the top cash prize, but also be awarded with two gold chips; all players finishing within the top 100 of the tournament will receive one gold chip.

Those gold chips can become increasingly valuable as you accumulate them, but there is a catch.

Once a player finishes outside of the top 100 in one of these freeroll tournaments, they’ll be reset to having zero gold chips, meaning they’ll have to start against from scratch.

How many chips you have when this occurs will determine what kind of prizes you can win. Earn ten chips without dropping the ball, and you’ll win a cool $1,000,000.

But you’ll only need to have two chips in order to cash in for the minimum prize: a ticket to join another of the freerolls on a later day.

The contest is also made slightly harder by the fact that players won’t be able to enter an unlimited number of these tournaments. Players must earn their tournament entries by playing on the site, registering an account, or making a deposit.

While depositing is the easiest way to earn a large number of tickets, the daily goals also make it easy to stay in the game.

Players can earn a single ticket each day by playing 40 raked hands of entering tournaments with a buy-in of $8 or more; if they play 120 raked hands or pay $24 in tournament buy-ins, they’ll earn three tickets.

The promotion is also connected with the 888 casino and sportsbook properties, as players can earn tickets by betting in those areas as well. In addition, there is a “Gold Chip Spin Game” that can be played each day for a random chance at winning additional prizes.

There are a total of three Money Grab tournaments being held each day during the promotion. The event is running now, and will continue through July 14.

Depending on the number of players in each freeroll, the odds of a player accumulating enough gold chips to win the million dollar prize could vary.

Still, given the notoriously soft fields that exist in freeroll tournaments, it’s hard to imagine it’s a harder route to $1 million than the PokerStars Spin & Go promotion, in which three out of every ten million $5 tournaments generates a $1.2 million prize pool for players.

not yet won any gold card and you ???

I haven’t yet either. I have played two games so far. In my first game I lost with pocket kings all in preflop with 10bbs vs some idiot with a2 offsuit and then my last game today. I shoved all in 12bbs with AK utg vs some retard that calls with A9 in the small blind. No way was a2o and A9 a call in either of those spots

There are too many lottery games now in poker. You have the spin n gos, all in flip comps and now this $1 million comp.

I personally think I have a FAR greater chance dating a Miss World participant than winning $1000 at that game, let alone $1 million. What a complete JOKE it is.

Something like a 15 step sng system to win 1 mill would be far better. In fact, that would be awesome, but it would never happen.